While day five commemorates the earthly ministry of Yeshua and His powerful and unending grace, it is apropos for day six to represent man, specifically the men who were entrusted with carrying the Light to the world. In Matthew chapter 5 it says in verse 14-16, “You are the light of the world. A city that is set on a hill cannot be hidden. Nor do they light a lamp and put it under a basket, but on a lampstand, and it gives light to all who are in the house. Let your light so shine before men that they may see your good works and glorify your Father in heaven.” 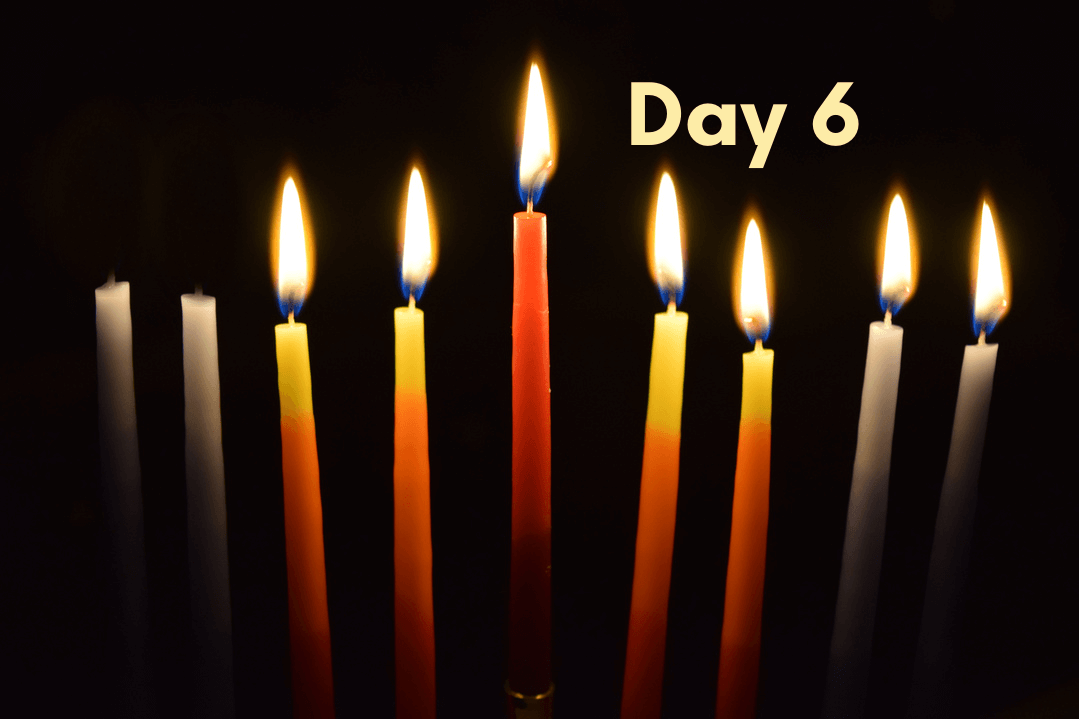 In day one we talked about the light of creation and how God created a void within Himself so as to have a place to create the universe. A mother’s womb is a perfect microcosm of how I believe He created the universe. From within this “womb” of God came a shaft of light (like the umbilical cord is to the child) that came from the Father, was of the Father, and a perfect representation of the Father. This light was the Word of God. And it was this Word that was “with God, was God” and would eventually become flesh (John 1:1,14). In Genesis, the light of the world was the very essence of God, the Word of the Infinite One.

This light was so powerful that it flowed through Adam and Eve with such brilliance that it caused them to appear to glow, so much so that they didn’t even know they were naked until they sinned and the light faded. The people of Israel caught a glimpse of this powerful light when Moses came down from the mountain and his own face was glowing. When the people looked at Moses, they literally saw the reflection of the image of God. As Moses saw the physical image of God, so they saw the image through Moses.

David says in Psalm 119:105 that the word of God is a “lamp to my feet and a light to my path.” David understood that the light for his world was dependent on the word of God. Like Matthew quoted, Isaiah says that the same light of creation, that very word of God, would penetrate once again the darkness of this world and bring light to those that beheld Him. So when Yeshua tells His disciples that they are the light of the world, He is saying that they are part of that primordial shaft of light that became the word of God to create everything that we see. Because He is the light, and we are in Him, we become part of that light. As the Word became flesh, so we become the Word. And that Word cannot be hidden if it is truly the Word. Like light in a dark room cannot be hidden, so the true Word of God cannot be hidden but is displayed for all to see. It becomes the lighthouse for all weary sailors at night. But this begs the question, what is the Word of God? What exactly is that light?

For most of us, because we are finite and live in this physical-material world, the word of God is the Scriptures. It’s the black and white text on parchment that has been copied down through the ages and bound together in a book that today we call the Bible. But after everything we have just learned, is the Word of God really just a bunch of words on a page?

The Word of God that predates the written Word is the light of God. And that light is love. This is why the top two commandments that all of the rest of the commandments hang on revolve around love. Love is the entire foundation of the Law. Why? Because before man sinned, there was only love. The commandments were added as sin increased, as Paul says. So in reality, if we are to truly live for God and to allow His “Word” to be a guide to our paths, while it might be tempting for us to say that it is the law that directs our path, the real answer is that it is the light of love that directs our paths and is the light to our feet. Love is our Guide. And that love is Yeshua Himself. The commandments are just the guardrails to life that keep us in a position of love. Get out of love and you have moved out of the light. Move out of the light and you are walking in darkness. So, run toward the light!