The Seventh Night Of Hanukkah: The Light of the Gentiles

The Seventh Night Of Hanukkah: The Light of the Gentiles

“Arise, shine; For your light has come! And the glory of the LORD is risen upon you. For behold, the darkness shall cover the earth, and deep darkness the people; But the LORD will arise over you, and His glory will be seen upon you. The Gentiles shall come to your light, and kings to the brightness of your rising.”–Isaiah 60:1-3a

Continuing through the timeline in the Bible of how the light has passed down from generation to generation, we now come to the Gentiles. We are getting closer and closer to the point of coming full circle back to the first night, the light of creation. The original intent of the Creator was to share Himself, the Light, to all the nations (Hebrew: Goyim, which is the same word for Gentiles). The original plan of God was that there would always be one people under Him and the light would continually be shining in and through His people. But then man had to go and choose to do things his way and the light diminished and the nations would be thrown into darkness. The plan of God would then be put into motion to bring His light back to the nations who were now under the jurisdiction of His enemy. 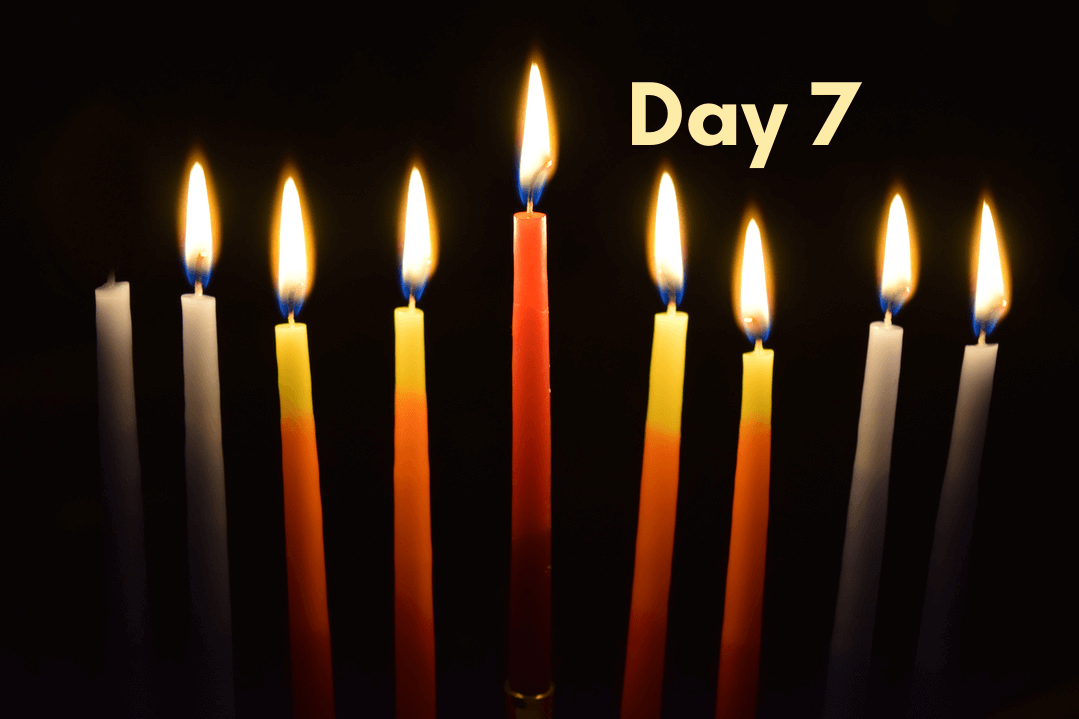 In order to redeem mankind He first had to get the attention of someone who would be willing to take the torch. And from that person, the light would spread. He needed a team. And that team was Israel. They were the captains of the team if you will. They were charged with holding the light, maintaining the Temple from which the light could dwell, and getting to know the One behind the light; all of this for the purpose of setting the stage until the original light of creation ~ the Word of God ~ could once again come and bring heaven back to earth in the form of the new temple ~ us.

The light was never meant to be hidden under a bushel; it was never meant to be kept only with physical Israel. Israel was meant to take the light to the nations, bringing them back to the Garden experience as well. This is what Yeshua meant in Matthew 5 when He tells His disciples that they are the “light of the world” and in another place where it says that the “Gentiles have seen a great light.” Yeshua came to re-explain the mission, if you will, to the captains of His team. And through the power of the Holy Spirit, they then took the light and set it on a hill in front of the Gentiles of every nation, tribe, and tongue. The message was not coming back to Torah. It was coming back to YHWH, the Light. The intent was not to take them back to Mt. Sinai and stop there. It was to take them all the way back to the Garden, where man had “walked with God.” Learning the commandments was an important part of that journey to assist them in that walk, but it was not the final destination.

When the Serpent deceived Eve in the Garden, his plan was to get man to sin and by default YHWH would be forced to vacate the earth, leaving him in charge and this new human creature his slave. And the plan worked for quite some time. Lucifer did become the god of this world the moment Adam gave him the “ring.” Satan understood that the two realms would be forced to separate once this world became defiled. But what he never considered was that the Creator is smarter than he is and He already had a plan to dwell among His people. This was the entire point of the temple system. It was a ceremonial clean place where He could dwell inside of a corrupt and unclean world. The priest’s job was to keep the temple clean and undefiled so that He could dwell in their midst. But Satan was not too concerned about this either because at least He knew where God was ~ in the Temple. Never in a million years did he expect God to do what He was going to do next.

Once Yeshua came, who was the original light of creation ~ the Word of God ~the entire creation story was about to come full circle. Satan had no idea that by killing the Messiah, that blood would be paying for the original sin of Adam and by extension, through faith, allow the entire curse to be reversed in the spiritual realm. And once the curse had been invalidated through the blood of Yeshua, and then someone by faith enters into that new covenant, THEY become the new temple of God; thus merging the two realms back into one, once again. The original light of creation (the Word of God) now has the ability, through faith, to exist all over the world as originally intended. This is the concept of “the kingdom of God is within you.” Each time the light of the kingdom is spread to another temple within a person, the kingdom of God is expanded in the earth realm. This in turn displaces more darkness and sets the foundation for the creative power of God once again. We are now back to day one where the Light is sent into the darkness and sets the stage for the rest of creation. Can you see how we are coming full circle?

“For God so loved the world that He gave His only begotten Son, that whoever believes in Him will not perish but will have eternal life” (John 3:16). God’s purpose is to redeem the world, one candle at a time. The purpose of the New Covenant is to take the Law and write it on our hearts, giving us the desire to please Him. When we please Him we are allowed to come closer to Him, which is closer to the Light. When we are closer to the Light we reflect more of that light, which is more of His image. And how do we reflect the light of God to a dark world? By letting them see our good works, as Scripture says. And all of those good works should be founded upon love. Works that are done in the light, will survive the light of His judgment. Those works that are not done in love will be burned up by His presence on that day.

What works do you display that reveals the light of His love? Are you being a light to the world? Are you expanding His kingdom through how you live your life? How bright is your candle? If His banner (rainbow) over you is love, what does the colors of your banner look like over your fellow man? I’ll tell you how to measure your banner. It’s found in Galatians 5. How is your love? Your joy? Your peace? Your patience? Your kindness, goodness, faithfulness, gentleness, or self-control? Those are the colors of His banner. If you struggle in any of these areas, be intentional on changing so as to increase His light in your life. I encourage you to take your role as the bearer of His light seriously. Everything on earth is waiting for His light. And everything in your eternity depends on it.