The Gospel of the Kingdom

The word ‘gospel’ is found ninety-three times in the Bible, all in the New Testament, and means ‘good news. In Greek, the term is ‘euangelion’ (Strong’s, G2098), which is also the root of related words in English like ‘evangelist’ and ‘evangelical.’ We know that the Gospel, ‘the Good News, is the foundation of our faith and the message that we are witnessing to the world, but we must ensure that our families and we understand what that ‘good news is to ensure that our testimonies are indeed pointing those who are not yet of the faith in the right direction.

But as is often the case, the good news is accompanied by bad news, and to know what this Good News is and properly understand its purpose, we must, unfortunately, begin by investigating the bad news. Back in the garden of Eden, YHWH walked with Adam without separation, with a perfect relationship of intimacy and communion. Still, when sin was brought into the world, it created a divide between God and humanity. Breaking God’s law caused man to be unclean, and that uncleanness meant that YHWH could no longer be in their presence, leading to Adam and Eve’s expulsion from the garden. Forcing a rift between God and creation seems to have been the enemy’s plan from the beginning, but Satan hadn’t calculated that God had a more excellent plan all along. Although the effects of sin had polluted the whole world, God had a way of re-establishing the connection: a clean place, free from sin, where His divine presence could settle, allowing Him to dwell amongst His people again.

It would be the nation of Israel who would later come into covenant with YHWH as his bride and build the Tabernacle that would house His Shekinah presence. Still, for God to be able to dwell with them, they needed to follow the protocols of the Torah, remaining in a ritually clean state and free from the defilement of sin. Unfortunately, this was not the end of the story, and the bad news continues. Even after experiencing life with El Shaddai in the promised land, Israel would fall into sin, the nation falling into disarray. If it weren’t bad enough that the country became divided into two parts (1 Kings 11:31-35), the House of Judah (the southern kingdom, comprised of Judah, Benjamin, and the Levites assigned to those tribes) and the House of Israel (the northern kingdom, which was made up of the rest of the tribes), both of them would ultimately become idolatrous, following the practices of the heathen nations surrounding them (2 Kings 17, 2 Kings 24-25). For this, they were sent into captivity, but the outcome was not the same for both houses. Judah repented and was allowed to return to the land, but Israel was issued a decree of divorce in 722 B.C. and scattered throughout the world (Isaiah 26:7-9, Jeremiah 2-3). 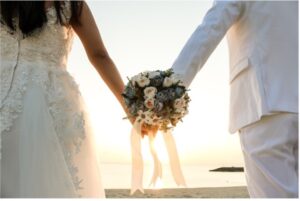 According to the divorce law in Deuteronomy 24:1-4, a divorced wife cannot return to her original husband because she has become defiled, so there seemed to be no hope for Israel that they would ever return into covenant with YHWH. Still, through grace and His incredible love, He made way for them to come back to Him. But how would this be done without breaking the divorce laws of God’s own Torah? How could a divorced bride return to her original husband? As long as YHWH lived, Israel would always be in a state of adultery. Only if the original husband were to die would the woman be free from the law of adultery and able to marry another (Romans 7:2-3), but for Almighty God, this seemed impossible. God promised Israel a way back through the prophet Hosea, declaring His mercy and grace (Hosea 2:16, 23). But how could God die and so free His bride to come back into covenant with Him? As we well know, however, nothing is impossible for El Shaddai (Matthew 19:26, Mark 10:27, Luke 18:27).

This is where the Good News comes back in. Through Messiah Yeshua, God sacrificed Himself and died so His Bride could be freed from her past mistakes and come back to Him. On the cross, Yeshua became sin for us, taking away the defilement of sin in our lives and giving atonement for the purification and cleansing of YHWH’s Bride, so that they may be reunited in covenant once again (2 Corinthians 5:21). But it goes further: Yeshua’s resurrection meant that not only was the Bride cleaned and renewed, so too was the Bridegroom a new ‘bachelor,’ ultimately fulfilling the stipulations of the divorce law in the Torah. This is probably why so many of the ‘gentiles’ being preached to by Paul responded so well to his ministry. Those of the House of Israel that had been dispersed into the nearby pagan nations who had managed to retain their identity had been given hope; they had been given the Good News that, through the Messiah Yeshua, there was now a way for them to return to God. But one of the most amazing things about this act of grace is that the covenant was no longer just limited exclusively to those of Abraham’s bloodline. Still, all who would choose to come under the banner of Israel, to give themselves to God entirely and follow the instructions of righteousness as a light to the nations, no matter who they were or where they had come from (John 3:14-18, Romans 11:11-24).

After Messiah and His great work, the presence of God was no longer contained within the walls of a temple made of stone, but His spirit would dwell in the hearts of those who would give their lives to Him. But just like Israel in the wilderness, to live in the presence of God, there needs to be a state of cleanness, free from the impurities and defilements that would preclude Him from residing within our temples. Just like Israel in the wilderness, we have the Word of God and the instructions for a clean and righteous life in the Torah to guide our actions. Still, more importantly, we have the living Word of God, Messiah Himself, to show us the way to live eternal through spiritual perfection (John 1:1). In His lifetime on earth, Yeshua was the Torah made flesh; in other words, the perfect example of what it meant to follow the ways of God and what it looked like to apply the principles of those instructions to daily life.

One of the main arguments against the relevance of the Torah in the lives of God’s people today is that the words were written millennia ago, but just looking at the example of Yeshua and His ministry reveals an eternal relevance to these instructions. Many unfortunately believe that a lot of the details of the Torah demonstrate its irrelevance to their lives due to the distance between the culture it was given to and our today, but this is why we must study our Bibles because those details reveal to us the moral, ethical and spiritual principles behind the specific instructions (2 Timothy 3:16). It is these things that teach us how to, firstly, pay better attention to the decrees and instructions of the Creator, the One who made all things (and therefore clearly knows what is best for those He created), secondly to honor our God with Love, worship and devotion just as He loves us, and thirdly to apply this to our relationships with the people around us, no matter whether they are family, friends or strangers. Although by Messiah’s time, the Rabbinical leadership of Judah had overcomplicated what had initially been simple and easy-to-comprehend instructions to guide the ethical and moral direction of the people of Israel, His manner of life demonstrated that the Law could most definitely still be applied and exemplified in the lives of His followers without making the specific details of the commandment harder to adhere to, regardless of when or where those followers lived. 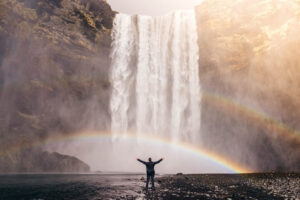 We all fall short of the glory of El Elyon. Still, through following the example set by Yeshua’s ministry and placing our faith in the accomplishments of His death and resurrection, we have not only been saved from the punishments due to our past sins but also have the chance to live in a state in which God can dwell with us (Romans, 3:23, Romans 6:23, Romans 5:8, Romans 10:9-10, 1 Peter 3:18, 1 Corinthians 15:1-4). It is crucial that we do not confuse the root of our salvation and deny the grace that was given to us, though, as we cannot be justified before the Father through simply the actions of our flesh (Romans 3:20, Ephesians 2:8-9), but by the same token, without those actions there can be no evidence that our faith is alive (James 2:18). We are not saved by following the Torah; we follow the Torah because we have already been saved by the grace of God, through Messiah Yeshua. We not only want to show YHWH that we love Him for pulling us out of the darkness of sin and death into light and life but also to shine that light into the lives of others and assist in building the Kingdom here on earth before the return of our King (Matthew 28:18-20, 1 Corinthians 3:9). We keep the commandments because we love God with our all, knowing that He is the source of our redemption and that His is the only voice to listen to for trustworthy guidance (Deuteronomy 6:4-9, Mark 12:29-30, John 14:15, John 15:10, 1 John 5:3). We keep the commandments because we love our neighbors as we love ourselves (Leviticus 19:18, Mark 12:31) and share God’s desire for all to be saved (Genesis 22:18, Ezekiel 18:23, 1 Timothy 2:4, 2 Peter 3:9).

The Good News was never just something to be experienced passively. In Hebrew, unlike in English, there is no distinction between the word ‘hear,’ which implies a passive action, or ‘listen,’ which is more about actively paying attention. In Hebrew, there is only Shema (Strong’s H8086). To hear God is to listen to Him; neither God nor His Good News can be ignored and put aside. The Gospel is something that, when given to us, we each became a part of it and a continuation of its mission. The Gospel itself is a source of light and life, and the most significant thing we can do is to LIVE it, to take with both hands and with all of our hearts the salvation of God’s grace and live in a way that others can actively share in it through our relationships and interactions with them. If our lives and actions don’t reflect our receipt of the Good News, how can others learn about the glory of God through us? Someone’s words are not enough when the fruits being borne by that life do not reflect obedience to God’s ways or express His love and light (Proverbs 20:11, Matthew 7:15-20, Matthew 12:33-35, Luke 6:43-44).

We show our faith by walking as Yeshua walked, trying to be more like Him, always remembering that Yeshua was a man whose very essence was the Torah of God (1 John 2:6). Yeshua demonstrated a heart for the vulnerable and compassion for the lost, just as the Torah’s instructions promote the ethical, and most importantly, compassionate treatment of others and that should be our driving-force: to share this Gospel with all of those who need it, just as we once did.