The Gaze of Faith

The Gaze of Faith

If you know your Bible, then when I say the word “faith” you will most likely think of the fifteen-word definition found in Hebrews 11:1: “Now faith is the substance of things hoped for, the evidence of things not seen.” But what does that mean exactly? There really is no other definition of faith given in the entire Bible. This cryptic statement from the author of Hebrews is all we get. But the reality of faith is so much deeper than its theological definition. 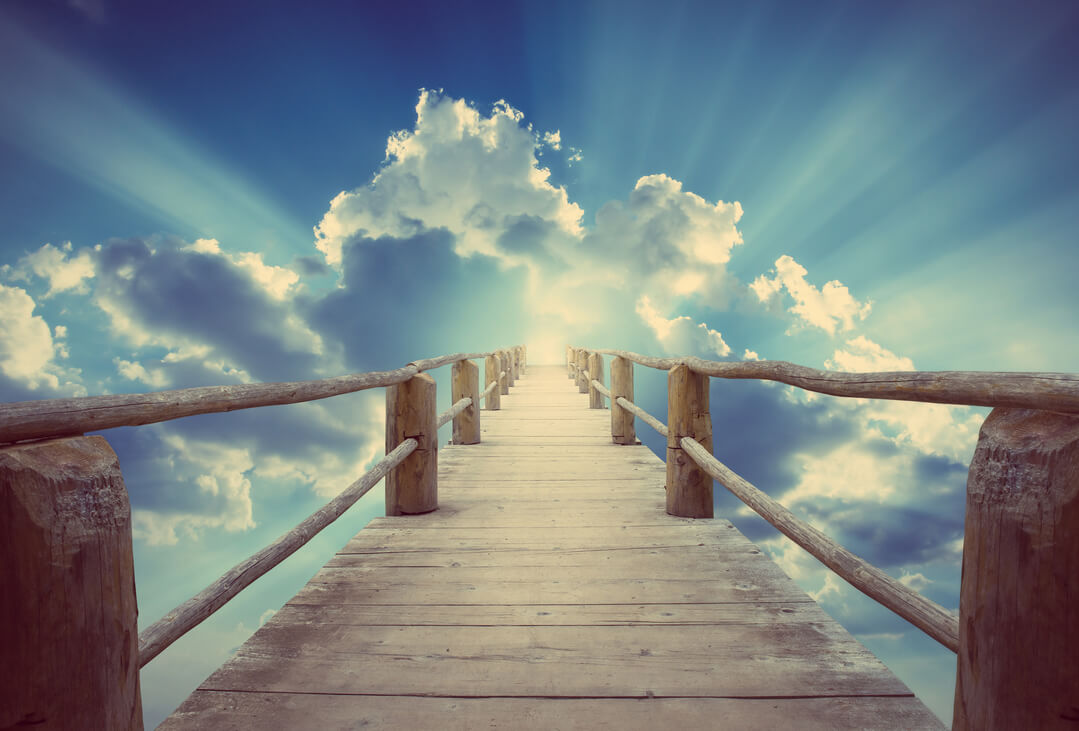 Most people look at faith as being esoteric and intangible…a spiritual word. But if that’s the case, then tell me what caused Moses’ staff to turn into a snake? Or what caused the Red Sea to open to reveal its underwater highway? What caused the water to flow from the rock, David to kill a giant, or Peter to walk on water? Couldn’t the Creator have opened the Sea on His own without some stick in the hand of a stuttering Hebrew? Wasn’t God powerful enough to cause the water to flow from the rock in the wilderness without Moses hitting it or even speaking to it? In each of these examples, there was something tangible, something very real that happened to cause these seemingly supernatural events. It’s as if when each of these people believed in God enough to act there was a real bridge that appeared in a dimension more real than ours, a bridge that allowed the Creator to descend and fill in the gap where human ability ends.

In Hebrew, the word “hope” is “tiqvah” and comes from the root word “qav,” the Hebrew word for “wait.” It’s also the word for a rope or a cord. To have hope in God is to literally hold onto His rope and wait for Him. But it’s not only to wait; it has the literal idea of gazing intently at the object of hope and never looking away. The word picture would be a man hanging off the side of a cliff by a rope looking intently to the top where the rope disappears over the edge. His hope and faith is in the one he cannot see on the other end. The only difference between the word wait and the word hope is the letter Tav is added to the front of “wait.” In ancient Paleo Hebrew, the letter tav means “covenant.” So in reality, the word “hope” can be interpreted as “the covenant of waiting.”

It is this act of concentrated gazing and total belief in the One on the other end of the rope that creates the “bridge” to the Unseen. When Moses believed God and threw down his staff in Pharaoh’s court, his faith in action was evidence of the Unseen Yahweh that was in the room. When he raised the same staff at the shore of the Red Sea, that utter dependence on the “rope” backed up by actionable faith was the evidence that brought the “super” into the “natural.” A.W. Tozer says it this way: “Now, if faith is the gaze of the heart at God, and if this gaze is but the raising of the inward eyes to meet the all-seeing eyes of God, then it follows that it is one of the easiest things possible to do.” 1 In other words, it is far more complicated to look down when on the side of a cliff or to focus our attention on the trial at hand. Those distractions create stress, worry, anger, and all forms of pain. Laser focusing on just the eyes of God brings immediate peace because the soul knows that deep within that gaze is a bridge that is being formed that will soon bring forth the answer from the Divine.