The Only Census That Matters

The Only Census That Matters

This week’s Torah portion is called Bamidbar, which means “in the wilderness.” Although much of it deals with the census of each tribe, how they were camped, and the choosing of the Levites, we’re going to focus mainly on the latter of these topics and reveal how they relate to us today and even how they’re connected to the millennial temple reign of Messiah. 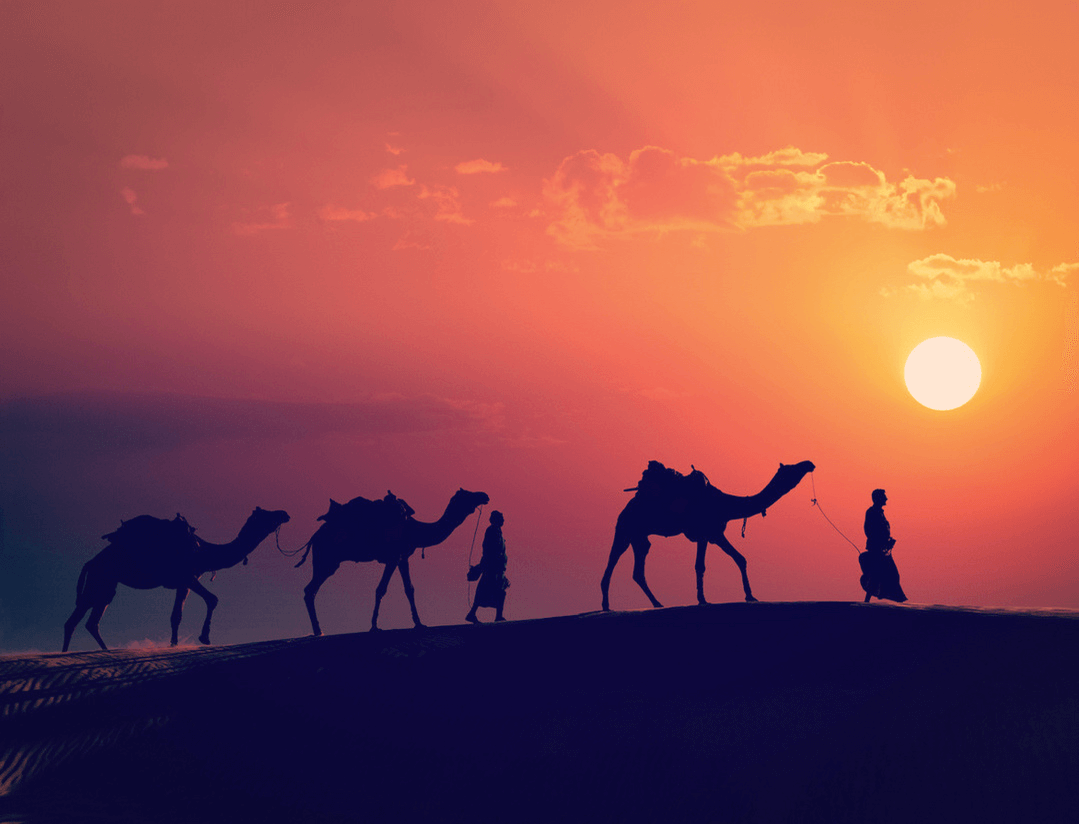 The Israelites have come out of Egypt. They’ve been reintroduced to their Elohim (their Mighty One). They’ve been mikvahed, immersed, and baptized through the Red Sea. They have been set apart from all nations. The hierarchy and authority structures are in place. YHWH’s dwelling place has been built and the instructions for the sacrifices have been given. The priestly system is in order, the priests are being trained, and the instructions (Torah) of right and wrong, acceptable and unacceptable have been given. The Elohim of Israel is in their midst and a system has been set up to keep them in right standing with Him so that He can remain there. Now it’s time to prepare for war, and the first thing to do in that regard is to see who’s able to go. Thus the purpose of numbering the children of Israel from 20 years old and up.

Did God not know how many of his people were old enough and able to go to war? Of course, He did. In requiring the census to be taken He is just teaching His people that He desires to partner with them and teach them how He thinks as He leads them. He is teaching them not to do anything without His approval and direct instruction. When Yahweh wanted to go to war, He, as the Commander-in-Chief, called the shots. This is why King David got in big trouble for commanding a census to be taken in 2 Samuel 24. He was usurping that Commander-in-Chief position, operating outside the partnering role that Yahweh had established.

How often do we usurp the clear protocols of Scripture and get out in front of the Almighty in our lives? In our hurry to fix things, do things for Him, and live life, sometimes we unintentionally take the Supreme position and cause great damage in our lives. But that’s a whole different article.

Numbers 3:39, 42-4339 All who were numbered of the Levites, whom Moses and Aaron numbered at the commandment of the LORD, by their families, all the males from a month old and above, were 22,000…42 So Moses numbered all the firstborn among the children of Israel, as the LORD commanded him. 43 And all the firstborn males, according to the number of names from a month old and above, of those who were numbered of them, were 22,273.

So we have the Levites with 22,000 and the firstborn census was 22,273. This is extremely interesting to me personally. My life number is 222, so any mention of repeating twos gets my attention. It comes from 2 Timothy 2:2 which says: “And the things that you have heard from me among many witnesses, commit these to faithful men who will be able to teach others also.” Teaching others to teach others is my calling. So to me, it’s pretty cool to see that the Levites, who were put in charge of ministering to the people, were numbered at 22,273, taking the place of the 22,000 firstborns of Israel.

So let’s talk about that for a moment. Verse 41 tells us the reason for the census:

Numbers 3:41 “And you shall take the Levites for Me–I am Yahweh–instead of all the firstborn among the children of Israel…”

Yahweh was substituting the firstborn males for the firstborn Levites at a one-to-one ratio: 22,000 firstborn males for 22,000 Levites. The other 273 had to pay 5 shekels to Aaron to be redeemed. This is a beautiful allusion to how Christ substituted Himself on the cross for all mankind. Because He was born as the “second Adam” and was the firstborn of all creation, He represented every man since all men came from Him (because He was there before the foundations of the world). So this one man that represents all men could, in fact, take on the role of the priest “instead” of firstborn males who were all corrupt under Adam. This substitution of Yeshua for Adam (the first firstborn) would start a new lineage, a new family that would be under the Melchizadek family tree. In this lineage, the spiritual family tree that was the original intent in the Garden could finally be fulfilled. ALL those who are “born again” through Christ become firstborns in His family, share the inheritance of His House, and are allowed to serve in His temple.

The only reason why we’re called kings and priests is because of this substitution of the Levites for the firstborns in this week’s Parsha! The pattern was set right here in this chapter of Numbers and was forever sealed as the template that was to be fulfilled when the true High Priest of the higher order substituted Himself for the fallen Adam, just like the Levites substituted themselves for the fallen firstborns from the sin of the golden calf. Once Yeshua took the place of the first Adam by substituting Himself in his place, it immediately brought all humanity back to the garden in a kind of “second chance” where all those who would come from this new “Adam” (Yeshua) would be considered firstborns and would qualify for the inheritance of eternal life within His kingdom.

Even though Yahweh’s original plan was to use the firstborn of every tribe of Israel to minister to His people, the sin of the golden calf turned things in a new direction. Since the Levites were the only ones who separated themselves from that sin, Yahweh chose them as the true firstborn of Israel. But the choice of the “firstborn” didn’t begin there. In Egypt, Yahweh’s prerogative was made famous through the tenth plague. All those who did not put the blood of the lamb upon the doorposts would not be redeemed. This tells us that in order for them to be redeemed, God must already have owned them. This means we must travel further back.

As we travel back in time we discover this concept of the firstborn all over scripture. We see it with Isaac and Ishmael, with the struggle between Jacob and Esau, and even with the firstborn inheritance being split between Judah and Ephraim, neither of whom were even firstborns to Jacob. So what is God really saying in this passage in Numbers? What’s the point? I believe it is a profound statement that He is making for all of us even today.

Yahweh is teaching us through this physical command of the census that the spiritual trumps the physical. Although the original plan might have been to have no sin and the firstborns to be designated as leaders, the world was turned on its head and the main part of the original plan had to be highlighted. That is, the spiritual man is more important than the physical seed. This is why there are so many second secondborns and other males that are chosen to be the “firstborn” throughout the Old Testament. It was their spiritual superiority that caused them to be chosen to walk in that role. Their actions qualified them and actions are what disqualify someone for that role. This is how Rueben, the true firstborn of Jacob, was refused the rights of the firstborn, because of his incestuous sin.

But all of this finds its real interest in how they were camped in the wilderness. It was the Levites, the spiritual firstborns, who were immediately encamped around the temple and allowed to minister as attendants to the Most High (El Elyon). The rest of Israel encamped beyond them in all four directions. This fact fascinates me as I look at the final temple being inaugurated when Yeshua comes back and as the Millennial reign of Christ commences. Knowing that Christ rules and reigns from Jerusalem with His Bride means that His Bride is going to be those who are right next to Him in His new kingdom. The fact that His Bride is taken FROM HIS OWN PEOPLE is illustrated by Abraham giving instructions to his servant to take a bride for his son Isaac “from his own house.” Is it possible that Yahweh will keep this same pattern into the Millennium with His Bride (those who keep the commandments of God AND hold to the testimony of Jesus (Rev. 12:17)) being those who are brought close to Him in the Kingdom and then the rest of His children live and are the ones ruled over, encamping to the four corners of the earth from there?

If leadership in the kingdom has been clearly defined in Scripture as those who obey Him, follow His commands, and have set themselves apart spiritually to serve Him and only Him, and those individuals are given a special inheritance (Yahweh Himself), it is completely reasonable to conclude that they will be where Yahweh is: in the Temple, working in the courts of the Most High and assisting Him in ruling the nations.

Although this topic could be unpacked into an entire book, suffice it to say that once again, a seemingly insignificant command in the Torah becomes the lynchpin to a myriad of prophetic scriptures in the New Testament letters. If you want more information on the concept of the Bride of Christ, I encourage you to watch the video teaching on this topic called Who Is The Bride? You can find it on the Passion for Truth Ministries Youtube Channel.

Until then, CHOOSE to BE HOLY…your Millennium housing location just might depend on it. 😉