How to be Perfect

How to be Perfect

This week’s portion of scripture details the global catastrophe of Noah’s flood. There are so many lessons to be learned from this historical event that one could spend weeks just studying its powerful influence into all humanity. If you would like to follow along, the story is found in Genesis chapter six and following. So, without further ado, let’s dive into the word and let the Spirit guide our way. 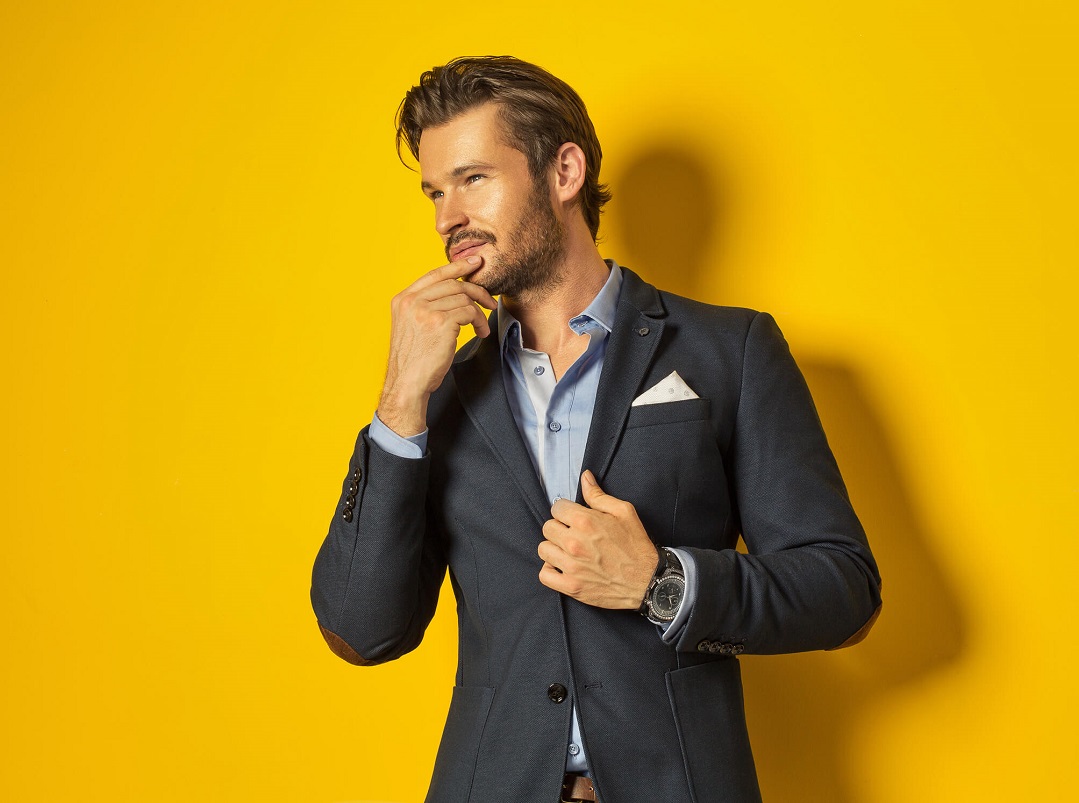 “This is the genealogy of Noah. Noah was a just man, perfect in his generations. Noah walked with God.”

This is a pretty powerful verse. First, it says that Noah was “perfect” and then it says that he “walked with God.” There can be no doubt that all believers would seek to aspire to such heights of recognition. But what does it mean to be perfect? Was Noah sinless? Was he flawless? Certainly not. In English, there really is not a word that properly describes the Hebrew word “tamiym,” so the translators chose “perfect.” So, let’s take a look at a few other scriptures where this word is used and I think you will get a more “complete” (hint, hint) idea of its true meaning.

Deuteronomy 8:13 “You shall be blameless (perfect) before the LORD your God.”

1 Kings 11:4 “For it was so, when Solomon was old, that his wives turned his heart after other gods, and his heart was not loyal (perfect) to the LORD his God, as was the heart of his father David.”

The above verse in 1 Kings is striking and gives us a great context to what this word tamiym is all about. Being tamiym is connected to being loyal to the one true God and only serving Him. It obviously does not mean “perfect” as in without sin because the text says that David’s heart was tamiym and we know that he sinned grievously. Let’s take a look at Job.

Job 1:1“There was a man in the land of Uz, whose name was Job, and that man was blameless (perfect), and upright, and one who feared God and shunned evil.”

Here we see that to be tamiym was to shun evil and to fear God. In the end, the Hebrew culture defined tamiym as being “mature and complete.” It was the Greeks that took the word “perfect” and turned it into “absolute” perfection. There can be no doubt that the word tamiym can mean absolute perfection as when it is used in the context of God or His holy word. But in all other cases, it is talking about being mature and dedicated to the pursuit of Yahweh and His Son Yeshua/Jesus. This is our primary goal as believers and God followers. It is to grow out of our diapers and become mature and complete adults. James tells us the primary means by which this happens.

James 1:2-4 “My brethren, count it all joy when you fall into various trials, knowing that the testing of your faith produces patience. But let patience have its perfect work, that you may be perfect (mature) and complete, lacking nothing.”

The entire point of the forty years in the wilderness was to remove Egypt from the children of Israel and to mature them in His ways. The whole reason for all trials and tribulations is for us to be buffeted by them, chiseling off the rough edges and leaving us more mature and complete. Like a man that is not complete until he finds his destined mate, mankind is not “perfected,” or made complete until they enter into a deep relationship with the King of the universe. Coming to Christ does not automatically make you mature or complete any more than we could say two newlyweds are not mature in their marriage. The marriage ceremony just starts the process. Growing up in Him is a lifelong process that proves itself over much time and often through many trials.

Noah was six hundred at the time of the flood and that means that his oldest son was one hundred years old, which based on life spans today would be equal to about ten years old! What might seem old to us was quite young back then. To put it in perspective, Noah didn’t have children until he was FIVE HUNDRED years old!

-How would you define mature? How do you know when someone is mature today? What is the difference between mature and immature in our definitions today? How can you relate that to our spiritual lives using those same characteristics?

Today we would call someone immature if they do not respond to or react to a situation like an adult is supposed to act. Those that act like children are called “immature.” But what constitutes how an adult is supposed to act? Well, there are rules of etiquette that exist in every circle that is expected if one is to be called a mature person. These rules (commandments) are taught from a very early age and are designed to help a child mature.

But it is not just rules of etiquette that determine the level of maturity. We also send our children through school to learn more about the subjects that are more important to BE mature and successful as an adult. Both the learning process and the information learned is part of the maturing process. On the spiritual level, this equates to learning the scriptures and knowing what God expects from us. If we don’t know His instruction manual, then we will no doubt fail the tests, thus never reaching the age of maturity. This unfortunately will cause many to have to repeat the same grade level over and over again, which is where many believers tend to live out their lives today.

When we know the word, we know what is expected of us, thus allowing us to pursue that end which leads to maturity. But if someone says the entire Old Testament is obsolete, done away with ad has little value, then that not only creates an incomplete bible but an incomplete believer as well. Take a look at what Paul said in 2 Timothy.

2 Timothy 3:16 “All scripture is given by inspiration of God, and is profitable for doctrine, for reproof, for correction, for instruction in righteousness, that the man of God may be COMPLETE, thoroughly equipped for every good work.”

It’s critical to point out that when this was written, there was NO NEW TESTAMENT! The scriptures that this apostle is talking about and referring to is clearly the only scriptures that were in existence at the time, the Hebrew Scriptures, what we call the Old Testament. And he says that is the commandments of God that is to be used for all doctrine and correction so that we can be COMPLETE, perfect… tamiym.

So, using a little logic here, if we believe that the instruction manual of God (called Torah in Hebrew) is done away with or has no value, then not only does that make John a liar when he says in 1 John 5 that it is the only way to love God, but this apostle tells us that we cannot be complete without it!

As a matter of fact, one of the Greek equivalents to the Hebrew tamiym is the Greek word “pleroo” which means “to fulfill” or “to make complete or perfect.” The most famous passage in the New Testament that contains this word is found in Matthew chapter 5.

Matthew 5:17 “Do not think that I came to destroy the Law or the Prophets. I did not come to destroy but to fulfill (pleroo).”

He did not come to destroy the scriptures, but to fill them up and make them complete! When a person gets married, he finally becomes complete and fulfilled. Does that mean that he now gets rid of his wife? That would be absurd. On the contrary, they spend the rest of their lives deepening that fulfillment that started on their wedding day.

-How often should you communicate with your spouse if you want to have a fulfilled marriage? How often should you communicate with your Bridegroom in heaven if you want to be mature and complete and fulfilled in Him? How often do you actually spend time learning the Ketubah (the Marriage Contract..aka…the Bible)? Do you wait for Him to intercede into your life or do you make it a point to truly seek Him?

Noah was chosen for one reason. He “walked with God.” He displayed a heart that was bent toward following Him and His ways. Noah knew Yahweh and chose to buck the system of the day and be different. He chose to follow the God of his ancestor Adam and that meant following what Adam’s God said. In doing so, Noah made Adam’s God, his God. Walking with the Father is following His instructions. Following His instructions will lead you to a crisis of belief and trials that will test your faith. And it is the growth of that faith through tested obedience that produces maturity (tamiym) for the believer. I will leave you with this most powerful scripture from the apostle Paul.

1 Corinthians 13:11-13 “When I was a child, I spoke as a child, I understood as a child, I thought as a child. But when I became a man, I put away childish things. For now, we see in a mirror dimly, but then face to face. Now I know in part, but then I shall know just as I also am known. And now abide faith, hope, love, these three. But the greatest of these is love.”

Love fulfills the law. It completes it and makes it perfect. When someone hurts us and we get all offended and fight back, that is what children do and thus we display immaturity. When we love them, realize that we too are sinners and have likely done the same things in our past, and forgive them, that is mature. That is tamiym. Love is the final goal of the entire Torah, the entire Bible. Without it, the rest of the commandments have nothing to hang off of. Without it, we only have a religious dogma and a stagnant pond of rules and regulations. With it, we have a constant waterfall of living water that refreshes and purifies all who bathe in it and drink of it.

Listen to this next statement: Getting hurt IS the main instrument that God uses to cause us to mature. It starts when we are toddlers and those same lessons don’t stop until we are dead. Christ handled His offense by dying for the one who offended Him. How do you handle yourself when you are offended? Ouch to all of us!

Let love lead you this day and may we all be like Noah, found worthy to walk with God.