Have you ever felt like Pharaoh after the land of Egypt had been ravished by plagues? I know I have. I will never forget that back in 2015, about a month or two into my prison sentence, I came back to my cell only to find it completely destroyed. I had already lost everything I had in the free world, and now all that I had left had been ransacked, destroyed, my bed turned over, lockers turned inside out, etc. I was emotionally overloaded. I couldn’t take anymore. It was all too much. The constant pain and looting of my life were out of control. Why was God allowing this to happen to me? I thought I had done everything in my power to serve Him and His people? How would I survive all this? It was as if I was actually in Egypt and I had to watch plague after plague destroy everything that was precious to me. Then, in my tears, He spoke and everything changed in an instant. 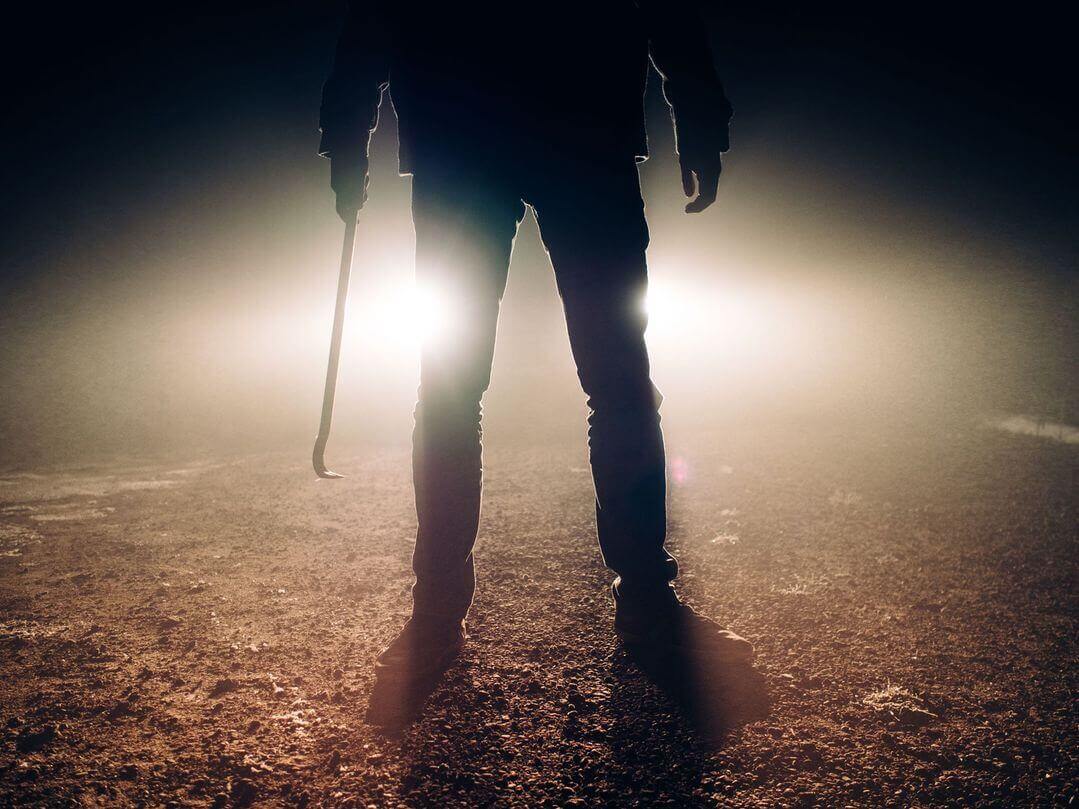 After I cleaned up everything and put it all away and my fifty square feet of living space was back to whatever normal was, I put up a make-shift curtain for privacy and laid down on my bed and cried out to the living God. Literally. I cried my eyes out for a good twenty minutes straight, harder than I have ever cried before. And the pain that I endured of crying so hard but not being able to make a noise is beyond what I can explain through words. Like a volcano that is ready to burst but must keep its explosion inside. Like needing to sneeze but you can’t make a sound. Part of the pain was not being able to release it. But it was inside of that quiet yet explosive cry that the Father heard me loud and clear.

During that time of beseeching the Lord of Hosts for what literally in “hell” was happening to my life and why was He allowing the enemy to sift me like this, I heard His voice come to me in that dark cell, as clear as you are reading the words on this page. I believe it was the first time I had heard His voice since everything had happened. It was gentle. But it was so penetrating from the first frequency that I went from bawling to silence just to catch every word. It filled every fiber of my being. It’s almost impossible to describe the “feeling” of that voice. I even opened my eyes just to make sure He wasn’t sitting on the edge of my bed–which did happen years later but that is another story. What He said shook me and calmed me simultaneously. I was bewildered by what He was saying but I somehow knew it was true all at the same time. I even remember smiling even though I didn’t understand how any of it was possible. Here is what He said in my darkest hour:

“Let them steal. Let them steal. Everything that has been taken from you I am requiring from the hand of the enemy the very moment he takes it. I am putting it on deposit in a heavenly account and everything that has been stolen will be returned with an interest that only I can give. The more the enemy steals the more interest I am able to return. I will give back what the locusts have eaten and you will not be able to contain it, nor comprehend how it even happened. If he takes your tunic, give him your cloak also. My intention is to bless not to curse. In order for me to bring to completion what I had called you to do and be, this was the only way. You must be stripped naked and left to die until you are fully cloaked in Me. My ways are not your ways and My thoughts are not your thoughts. The unrighteous shaking of your tree will be the very act that will lead to a greater harvest in the future. So, let them steal. Let them steal.”

His words were so powerful, so profound, that it left me in an almost state of shock. I had just gone from the most extreme form of emotional expression to another. It was as if a wave of love came over me like a blanket, tucking me in for a long night’s rest, years in fact. He continued to talk to me for a good 20 minutes, probably 22…lol. It was as if I had been struck with a stun gun. How could any of this be right, be good, be His plan? Why would He use such destruction to bring about a greater blessing? I was in a paradox, a crisis of belief, and did not even realize that this phrase would, just a short time later, need to be remembered for more destruction that would come to my life’s work and ministry. At that time, I couldn’t see how He was going to do it, but with the help of my beautiful and wonderful wife, I chose to keep my mouth shut, “let them steal,” and wait for His mighty hand. It would not be until years later that I would finally see just how quickly He can restore. 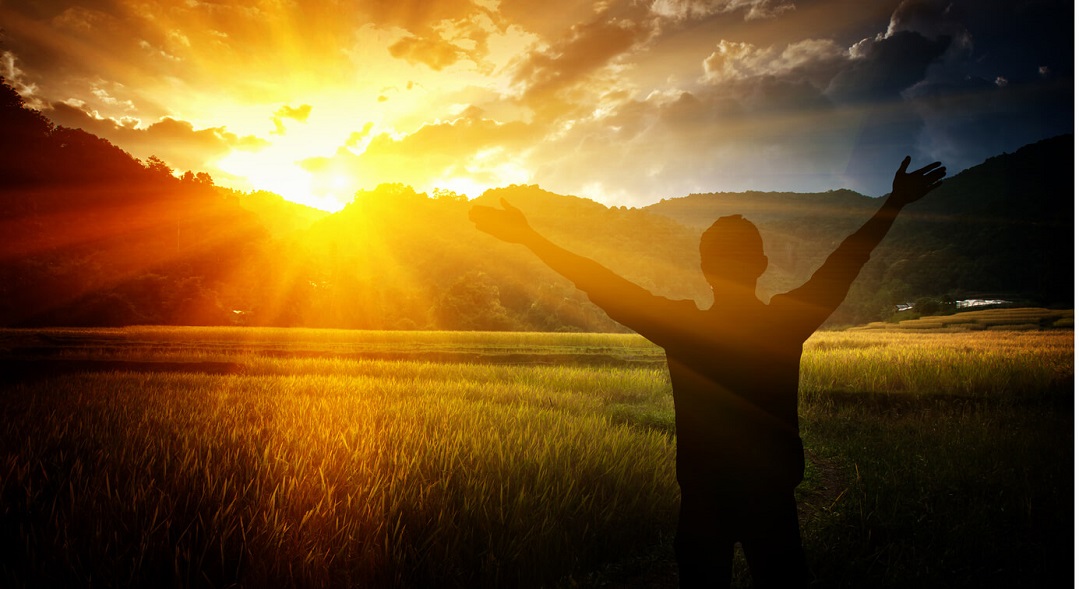 As I read this week’s Torah portion out of Exodus, in the middle of teaching almost twenty guys in our weekly service, it hit me. The Israelites had to go through all the plagues, all the craziness, and much of the same suffering as well. Yet, they were given peace and protection through the chaos that was all around them. Then, in one moment in chapter 11, the entire story changes with a single phrase: “…and God gave them favor.” And that word in the original language is the same word as grace. He poured out His grace, His power to receive what He has planned to give them all along. If Pharaoh lets them out after the first plague, they leave as poor slaves and the introduction to their God would be less than impressive. But by allowing them to go through all the insanity of becoming slaves and losing everything they had and enduring the hardships of each plague, they had qualified to not leave as destitute slaves but to leave as wealthy kings. For they had been given favor in the sight of all the Egyptians and the Israelites were given all the gold and silver that they could carry when they left. Not to mention, by that point they had truly been introduced to the power of their God. The transformation of identity had been complete. The Lord had begun to give back what the locusts had eaten. They came into their prison 400 years earlier with 70 souls starving for bread. They left in the millions, wealthy beyond their means, and knowing exactly who their God really was.

And this is one of the lessons of the Exodus: Let them steal. The Egyptians took advantage of the Israelites low position. Everything they had was stolen from them. They lost their identity and their very souls were parched from the destruction that was left in the wake of the evil king. And then their God showed up to deliver them but they were required to endure His judgments in order to see His great power and receive His greater blessings. Even though they were preserved through the process, they still had to live in that hell until the appointed time. But when that appointed time came, they not only received everything back but were given treasures that they never lost to begin with, with the largest treasure being a new understanding of the power of their God. Little did they know that they would have wells that they did not dig, houses that they did not build, and vineyards that they did not plant.

So, the next time you feel like the enemy is stealing from you, know with everything in you that he cannot take anything without permission from your King. And when the fire is over, all that was of Him will be given back with great interest, either in this life or the next. Anything that doesn’t come back was not of Him to begin with. Either way, do not trust in chariots or horses, but only in the name of YHWH your God. Oh yeah, and…

Be blessed in whatever state you find yourself in. Because you are.