As a Bible teacher, I have had countless people ask about the commandment in the Torah that seems to say that when our children become rebellious, we are to stone them. Many times this scripture is used to “prove” that we don’t have to keep God’s instructions anymore. But just like all the other laws that seem to be inapplicable today, we will soon see that there is a bit of misunderstanding of the original context, as well, and that we’re not seeing the bigger picture. Remember, there is the black fire of the text and the white fire. There’s the plain meaning of the words on the page and then there’s the powerful and timeless principle behind it that comes straight from the heart of God. 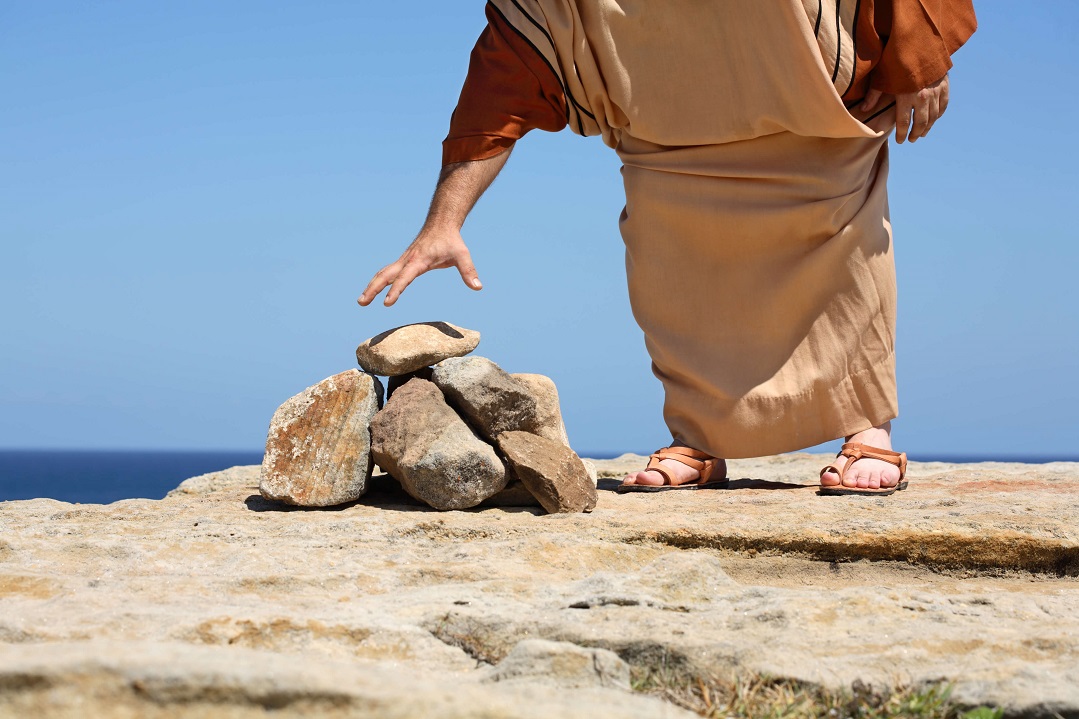 “If a man has a stubborn and rebellious son who will not obey the voice of his father or the voice of his mother, and, though they discipline him, will not listen to them, then his father and his mother shall take hold of him and bring him out to the elders of his city at the gate of the place where he lives, and they shall say to the elders of his city, ‘This our son is stubborn and rebellious; he will not obey our voice; he is a glutton and a drunkard.’ Then all the men of the city shall stone him to death with stones. So you shall purge the evil from your midst, and all Israel shall hear, and fear.”

Before we unpack this, it’s important to understand that we are not dealing with a 21st-century culture here. We’re dealing with an ancient, primarily agricultural community. It’s important to emphasize the word “community,” too. Everyone knew each other and was very tightly knit. And a community can only exist if everyone is participating and contributing to it in healthy and productive ways. If someone within it becomes a serious detriment to its fabric and is threatening everyone’s way of life, serious measures must be taken. And this is exactly what is happening here in this passage.

The youth being stoned here would have been no ordinary youth. Nor would he have been a young child. The text is clear that he is a “glutton and a drunkard.” This tells us that this son is at least a young man, maybe older. In ancient Israelite culture, a father was held accountable for the actions of his son as long as the son remained within his father’s house. But even when the son moved out, his actions were a direct reflection of the father who raised him. Therefore, even an adult son would be chastised by his father if he became a drunkard and was causing trouble within the community. The first person the elders would go to in such a case would be the natural father in the hope that he could talk some sense into his son. But if the son did not listen and continued a lifestyle of rebellion, they would have been left with no choice but to put the son to death.

The choice of capital punishment seems quite harsh. But in reality, it is a tremendous act of mercy.

QUESTION: How could putting a rebellious drunkard to death be an act of mercy?

This man – or youth – has exhibited an attitude of complete rebellion over a long period of time. He does not respect his father, the elders, or any authority. He wants to do what he wants to do when he wants to do it. He feels no responsibility to the community he belongs to and certainly has no fear of God. People like this never work alone. They will always try to drag others down with them into the pit of destruction. If left unchecked, this kind of behavior will lead to further violence and the possible death of others in the community. Gluttons and drunkards are very self-centered and tend to be very violent, rebellious people. After the individual has been given chance after chance to repent and change his ways, judgment day finally comes. The sin must be removed from the camp.

But how is this an act of mercy? Because in taking his life, many more will be saved and the community can be safe from sin continuing to breed in its midst. It is also a fact that if he were to have children, the chances of his children becoming just like him, furthering the problem generationally, is very high. Yahweh’s instruction is not only fair as he’s been given more than ample time to repent, it is necessary for the survival of the community and the protection of its citizens.

QUESTION: What’s the spiritual principle here behind this commandment? What is God’s original heart intent in this passage and how can we apply it to our lives today?

There can be no doubt that the number one principle God is trying to convey to us is that sin cannot be tolerated in the camp. We are all sinners and we all make mistakes. But there is a proper protocol for dealing with those mistakes within the community. The instructions can be found in Mathew’s chapter 18. We are to go to that person privately and try to get them to see their sin. If they don’t see it, we are to bring someone else to help them see it. Perhaps they couldn’t understand what we were saying or were unable to receive it from us. If they don’t respond to that person, we are to take it slowly and do our best to try to continue to help them. If they still refuse to hear it, we are to bring it before the elders of the community/congregation/family and let them deal with it. If they are still rebellious, they are to be removed from the camp, our lives, family, congregation, etc. In ancient Israel, that meant death. Today, in a non-theocratic society, it means ex-communication from the family or community. The door is always left open for restoration as the entire process is done in love. But the community cannot be left at threat from the cancer of serious sin.

The effects of this principle are far and wide. From the individual to the entire community, this principle should affect all of us. Individually, we are to hate sin as much as Yahweh does. We are not to tolerate it in our lives. We are to go to extreme measures to destroy it at the first glimpse we have of it so as to protect our spiritual and physical lives from being contaminated. We all have the potential to be gluttons and drunks, to follow only our own ideas, and to do what we want to do. When our worlds revolve around ourselves and not around the betterment of others, they can threaten the family, the congregation, and the entire community. Living for ourselves is as dangerous as being a rebellious son.

Having to turn in your own child to the authorities for the sake of the community is certainly not easy. It is something that no parent ever wants to do. But if you are a young parent and know the law of God, this instruction will only put more gravity on you to take parenting seriously, making sure your kids are brought up in the knowledge and fear of the Lord and the respect of the community. As a matter of fact, the Jewish sages say that because this law is so harsh, they have no record of it ever actually being carried out. Not even once. It’s a modern-day fact that countries that have tight-knit communities that allow capital punishment have lower crime rates. Keeping and enforcing the law prevents sin.

Lastly, in scriptural terms, a rebellious son is a person who refuses to follow the instructions of his father. In the spiritual sense, when we choose not to do bible things in bible ways and follow our own ideas and protocols instead, we are the very definition of rebellion. And according to the scriptures, rebellion is witchcraft. HaSatan was the first created being to rebel against God and that spell is what he uses to recruit new fallen agents from mankind to work for him. Unfortunately, most don’t even know that they’re working for the enemy because they have no idea that they are being rebellious. They do not know the instructions of the House well enough to know that they are breaking it to live life in their own way. Rebellion can be very subtle and it oftentimes starts with good intentions that leave the person spiritually bankrupt in the end.

The Father has called us to live a life that is a benefit to the community. We are to live to advance His Kingdom. From pursuing God to advance our spiritual gifts to learning His Word to contributing financially to the building of the “city infrastructure” to whatever He has put on our hearts, we need to be looking to Him at all times. Yahweh has made one thing abundantly clear through this section: His long-suffering and patience does have an end and there will always be judgment if we choose not to listen to His voice.