This week’s parsha seems to be filled with several very strange laws. Many will read quickly through this passage and move on, feeling they cannot relate to this law due to the fact that they do not have two wives. But just like all the scriptures, there is always more than meets the eye. 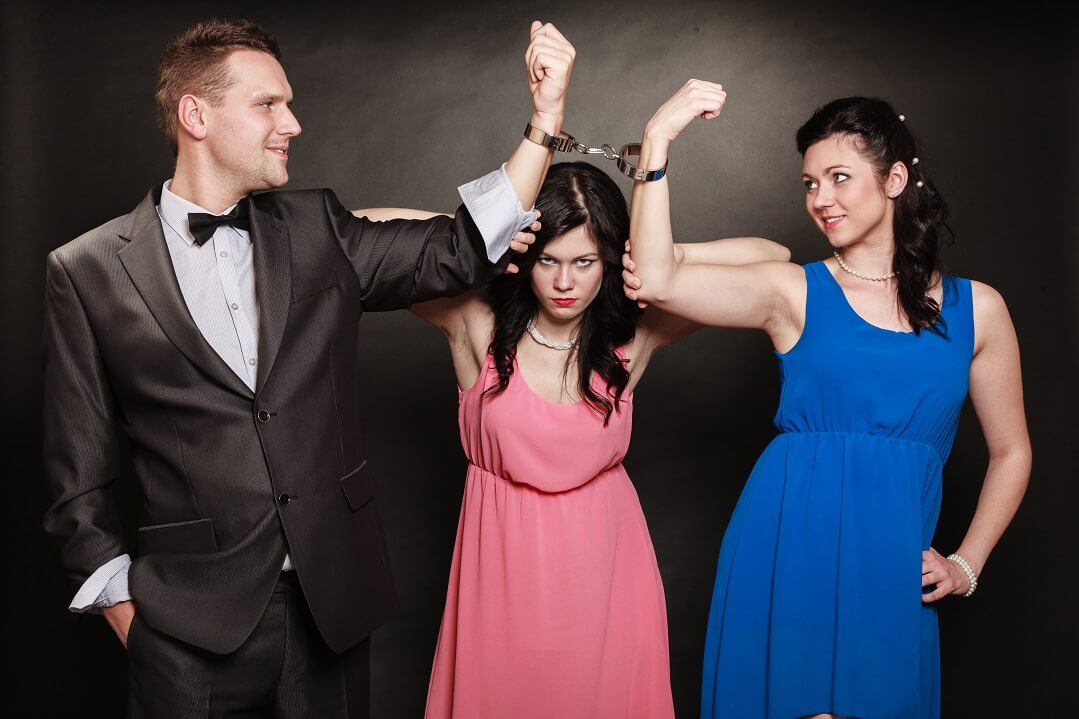 Deuteronomy 21:15-17
Inheritance Rights of the Firstborn

Every once in a while I’m asked about the question of polygamy in the bible and if it’s biblical or not. There are those who believe that because there are many people in scripture who had multiple wives that God is actually endorsing this idea. Although this is not an extensive article on polygamy, I will just say a few things. First things first. Whenever we’re trying to discover the heart of the Creator on a matter, we need to find His original intent. Find that and you’ve found the answer. What was His original intent in the Garden? One man and one woman. He shows that through all of His creation all the way through the animal kingdom. One male and one female that procreate to make more. If the perfect will of Yahweh was for man to have more than one wife, He would have created that template from the very beginning.

From the very beginning the PERFECT plan was one man and one woman working in perfect unity, as echad (one). The Temple is separated into two parts: the Holy Place and the Holy of Holies. The Ark of the Covenant had two tablets of stone and the ark itself, which represents a full and complete person, is made up of two pieces: the Mercy Seat, which is feminine in Hebrew, and the Ark, which so happens to be masculine in Hebrew. The wife carries the gift of mercy and the husband carries the law, the staff of authority, and is to feed His household the bread from above. I could go on for quite some time with just the biblical patterns Yahweh’s laid before us to show us His original intent. But perhaps one of the most compelling arguments to be made that polygamy was never in the mind of the Almighty is the fact that God never creates anything that doesn’t work. And polygamy flat out doesn’t work. It’s a disaster.

All throughout the scripture we discover that time after time, when you add in another wife, you multiply the trouble. Look at the problems between Rachel and Leah, the wives of Jacob. And Hagar, the maidservant turned concubine of Abraham could not have been more of a disaster. She brought forth Ishmael, the son whose descendants would be the thorn in the side of the Jewish people even today. The second David took Bathsheba it cost him more pain than one could imagine. The wives of Solomon turned his heart against Yahweh. And while many more examples could be given to illustrate this point, suffice it to say that there aren’t any examples in scripture where having multiple wives actually worked. What we do have are plenty of stories of fighting, jealousy, bickering, and curses as a result of multiplying wives. As a matter of fact, God tells the people just a few chapters before this section that the king is NOT supposed to multiply wives to himself:

Deuteronomy 17:17 “Neither shall he multiply wives for himself, lest his heart turn away. Nor shall he greatly multiply silver and gold for himself.”

The king is to be the image of Yahweh in the earth realm. He is to be the example for all to follow. And right here the Father tells His people not to multiply wives because it only causes trouble.

QUESTION: Then why did God give laws about polygamy to begin with?

Great question. He did so for the same reason that He gave laws about having servants, rape, and thievery: because he knew that the people were going to do those things anyway and He knew that during this time in history the culture and demand for survival almost demanded it. The only reason the culture was so accepting of it was because it was an agricultural society and the more children you had the more ground you could farm and the wealthier you became. So many men married several woman in an effort to create their own labor force. The culture was completely different. Also, because of all the war, there were many more women (widows) than men and they needed to be taken care of. Yahweh was not endorsing polygamy simply because He gave instructions on how to govern it. Many people would have had multiple wives before they ever received the law. So there had to be some sort of instructions on what to do if you were already in that position. And that is where we find ourselves in this passage.

The passage itself is pretty self-explanatory. Regardless of which wife it came from, the physical firstborn was the legitimate firstborn and should receive the rights of the firstborn whether the mother is loved or not. This prevented the firstborn from getting defrauded of his rights. It would not be fair to the firstborn son to not receive his inheritance just because his mother was not the favorite wife. It wasn’t his fault that she wasn’t his favorite. Again, Yahweh is a fair God and is displaying it right here in this passage.

QUESTION: If this is the case, why didn’t Yahweh give the inheritance to Ishmael instead of Isaac since Ishmael was the technical firstborn?

It sure seems as if God is breaking His own law there. This would be true if it were not for the fact that, from the beginning, He already chose Sarah and the son that would come from her loins to be the carrier of the Promise. Ishmael was never supposed to be born and was only born because Sarah and Abraham lacked the faith to wait any longer for her to get pregnant than they already had. There are two firstborn positions: the physical technical firstborn receives the physical double portion and inheritance rights and the spiritual firstborn who receives the spiritual inheritance rights. Anyone that aligns themselves with the God of Abraham, Isaac, and Jacob becomes a spiritual firstborn son and has all the rights of the firstborn to receive both a double portion and the priestly role within the family. This is why when someone comes into the Kingdom through Messiah Yeshua and leaves his former life behind to follow Him, that person automatically becomes grafted into Yahweh’s firstborn Son, which makes them a spiritual firstborn, as well, and able to receive the blessing!

QUESTION: What is the practical application for us today? What is the timeless spiritual principle behind this law?

Well, I think the first principle is don’t have more than one wife. The point of the double portion was the firstborn, who was the oldest and most likely the most responsible, was to receive and extra portion of the inheritance, not for himself but for a savings account of sorts to take care of any issues that might come up within the family. The extra portion was just that, extra in case of need. If a family member had a need, it was the firstborn that used that extra portion to take care of it. In today’s world, most families split the inheritance between the siblings equally and one of them, normally the firstborn, becomes the executor of the estate, handling the business portion of it and making final decisions. This is very similar to the firstborn inheritance of the ancients, except that if there were four children, it would be split into five portions with the extra portion being managed by the firstborn. It’s actually an excellent banking strategy and a great idea to help cover emergencies within the family. It was like a family insurance policy.

Bottom line? Be fair in everything you do with people. Choose wisely and make sure that the family is taken care of by the most responsible person available, which, in most cases, is still the firstborn.

The Power of the Red Heifer