What Does Real Ministry Look Like? Part 5: Real Evangelism

What Does Real Ministry Look Like? Part 5: Real Evangelism

When we talk about ministry, we cannot help but end up on the topic of evangelism. What does real evangelism look like in the light of a real ministry based on the compassion of Christ? To understand the answer to this question, we must first understand how the current model of evangelism looks at the individual because its entire strategy is wrapped up in how it views the individuals it’s trying to evangelize. 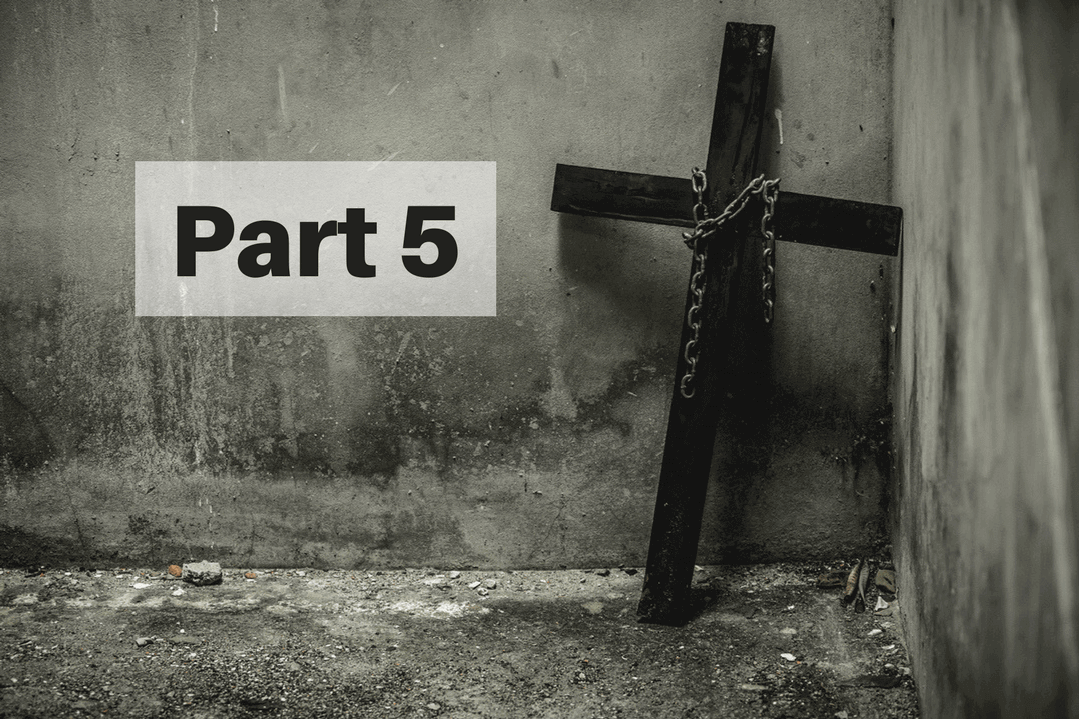 First, in today’s typical evangelism model, the individual is dichotomized as a soul that lives in a body. Although this may be true, it creates problems for a believer who can easily focus so much on the soul created for the next life that they miss the here and now. This dualism approach to the immortal soul and the perishable body is dangerously close to the first-century Gnostic view that demonized anything that was corporeal or earthly as if God didn’t say that everything He made was “good.” This view looks at everything earthly as having little to no value and everything that is spiritual (the soul) as having great value. After all, if the next life is really what everything is all about then who really cares about the body or anything dealing with this earth? We’ll analyze this concept and, in the process, reveal its Greek and Gnostic origins, origins that have affected all of us today.

When we examine any kind of ministry method that is in use today, we should do it in light of the Bible. When we do that with evangelism we see quite a difference between how the Word of God views His people versus how they are viewed traditionally. For instance, in ancient Israel, there was no focus on the individual. Rather the focus was on the community of Israel as a whole. Salvation was not individualized as much as it was viewed as the whole of the entire community in the earth realm. They lived for the Kingdom NOW. The Bible’s entire storyline follows community much more than it follows individuals. In other words, God is revealing the fact that He is a communal God. His interest is not focused on the part but on the whole. Scripture does not say, “If the individual who is called by My name…;” it says, “If My people who are called by My name will humble themselves, and pray….” (2 Chronicles 7:14).

Even in John 11, the high priest Caiaphas, under the inspiration of the Holy Spirit, prophesied that the Messiah would not die “for that nation only, but also that He would gather together in one the children of God who were scattered abroad” (v. 52). This is a direct prophecy about the northern ten tribes of Israel, who were divorced and placed out of Covenant, coming back under the banner of the Messiah. In other words, even the mission of Christ was not to individuals but to a group, a community of people that had been scattered abroad.

Another problem we see with the modern model of evangelism is that it is so concentrated on the next world and getting as many souls as possible onto lifeboats that it’s failed to see any relevance in actually fulfilling the mission of Christ, which is changing our world by bringing the kingdom of God into IT. There is little focus on changing the quality of physical, social, or political life because of our focus on the next life. This unbiblical view will, by default, give Satan full authority to run our schools, governments, and social programs, and to keep people in poverty, sickness, and oppression. Our lack of concern for an individual’s daily life has forced unbelievers into positions of great power as they attempt to solve problems without the council of Scripture. Then we get frustrated that we end up voting for the lesser of two evils. As believers, we’re not just called to save souls, we’re called to save people. And those people live in real communities with real problems in the real world. And WE have the solution.

Thirdly, we’ve reduced the salvation experience to instant conversion experiences and single moments of decision with little to no warning to the individual of the ramifications of those decisions or of their responsibilities once they’ve been saved. For instance, when we reference the Bible on what those moments of decision look like, we see Noah having to build a boat and dedicate his life to it in order to be “saved.” We see the Israelites and mixed multitude in Egypt having to leave their lifestyle behind completely and follow a God that they can’t see, have never heard of, and with no security of a future. You see the God of Israel telling them that if they want to be His children they need to be circumcised in the flesh, the heart, and must keep His holy commandments. You see Yeshua telling a rich man that he needs to sell all he had and in another place telling people to count the cost, take up their crosses, and actually follow Him. We see disciples leave their nets and homes.

The examples go on and on to show us there is a major change of direction that happens after that “moment” of decision. We don’t see a pattern of salvation “moments” as much as we see salvation “patterns.” We see a changed life of a person who makes decisions every day to surrender their will to His. This is the difference between the Hebrew mindset of salvation and the Greek mindset that has crept into Christianity today.

As believers in Christ, we must get past the dualistic idea that the soul is meant to be separate from the body. If this were the case, the Creator wouldn’t have made a body in the first place. The body and this world are intimately connected in a way that pleased Him and we should value it in the same way. He who believes that the only thing that matters is the final destiny of the soul cannot in the next breath say that we should make this world a better place to live. If what matters is ultimately spiritual, then there’s no point to anything in the physical. Fortunately, the biblical approach to ministry values the human as much as the soul. It values humanity and making this planet a better place to live because God said it was good. And anything the Creator values we should value. If He said it was “good” then we should do our best to keep that way.

The solution to all of this is to allow the Hebraic mindset of the Bible to lead us to truly evangelize the world before us and not succumb to the modern-day Greco-Roman mindset that has prevailed for almost two millennia. Real evangelism is holistic, not dualistic. What needs saving is not only a soul but also a real human being. Its aim is not just the individual but the entire community in which the individual lives. It doesn’t look at life as a series of tests for the next life (although it is); it understands that life in the here and now is a community project, aimed at redeeming entire lives in every creative way possible. It emphasizes the qualitative instead of the quantitative in salvation. It does not call for repentance for salvation, but repentance and salvation to a particular set of values that are defined within the Covenant bylaws. It calls for radical allegiance to Yeshua of Nazareth and demonstrates that allegiance through a zealous representation of His lifestyle in a community, a community where people are compassionate enough to live out their faith in real, actionable terms.

In the Old Testament, the concept of eternal life, or living in another world after death, is almost non-existent. The clear focus of the salvation experience revolved around the community following their God and keeping His commands. If they did so, they would be “saved” from their enemies and would be blessed. How many Christians today would follow God with the same zeal if they didn’t know there was eternal compensation for doing so? The Israelites did. They served Yahweh because, as a community, they understood that they could not make it through this world without Him.
In the end, the point of this entire series is to highlight the fact that Christianity has become so “heavenly-minded” that it’s come dangerously close to being “no earthly good.” We’re so busy with our own lives that we think little about our neighbors. We don’t even know who the poor and hurting are in our own churches, much less our communities, and we’ve focused so hard for so long on saving “souls” that we have unconsciously taken the position that this world and the condition of individual lives really doesn’t matter. When all is said and done, I believe God is asking for us to start doing Bible things in Bible ways in every category of our lives. And it all starts with discovering what real ministry looks like. I will leave you with a powerful word from the book of James:

What does it profit, my brethren, if someone says he has faith but does not have works? Can faith save him? If a brother or sister is naked and destitute of daily food, and one of you says to them, “Depart in peace, be warmed and filled,” but you do not give them the things which are needed for the body, what does it profit? Thus also faith by itself, if it does not have works, is dead.

The works referred to in this passage is the undeniable compassion that is found in real ministry. If we miss that, we miss everything.
Shalom,
Jim Staley
March 2018