What Does Real Ministry Look Like? Part 3: The God of Compassion

What Does Real Ministry Look Like? Part 3: The God of Compassion

In the quest to understand real ministry, it’s important to understand who we are. And in order to understand who we are we need to understand who God is. Knowing who God is and what He desires from us is paramount to properly understanding what our role is in ministering to His people with the compassion of Christ. According to theologian Bryan P. Stone, “Compassion is intentionally entering into community with those who suffer and working on behalf of their liberation” (1). Compassionate ministry is not just giving someone information or teaching them theological creeds. Real ministry is liberating them from whatever is holding them back from hitting their full potential in both this world and the next. 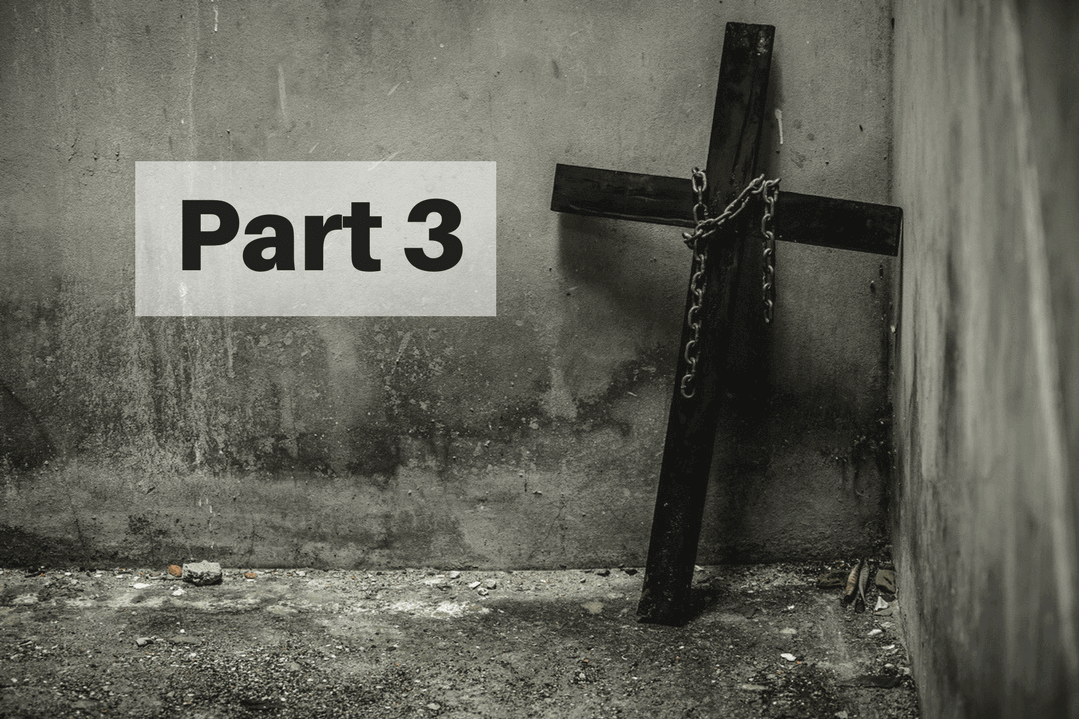 There’s a big difference between knowing God and knowing about God. There are many “experts” in theology who don’t know God at all. This is demonstrated in Mathew 7:21 when God speaks to those who had done great things in His name. “Not everyone who says to Me, ‘Lord, Lord,’ shall enter the kingdom of heaven, but he who does the will of My Father in heaven.” At the end of days, there will be many who will declare that they knew Him because they worked on His behalf. But the litmus test for knowing Him is far different from understanding how He wants us to live or interpreting His Word properly. Let’s take the example of the Good Samaritan.

In the story of the Good Samaritan, there is a priest and a Levite who pass by a wounded man on the road. Both were learned men of God, both working full-time in the ministry, and both had devoted their lives to helping others “understand” who the Creator was. However, neither of them is praised in this story. It is the Samaritan, a man who was looked at as a filthy mixed-breed of a Jew, who became the hero of this parable because he was the only one who stopped to help the wounded man. It was the Samaritan who actually proved his knowledge of God. The experts in the Law knew far more than the Samaritan would ever know, yet the Samaritan far surpassed the righteousness of the ones who had knowledge.

In another example, Yeshua is asked by a rich young ruler how to inherit eternal life. Yeshua answers by telling him that he needs to keep the commandments. He goes on to shock the leader’s system by telling him that there is one other thing that is required to enter into eternal life: he needs to sell his worldly goods and give them to the poor. In other words, what God required was obedience AND the faith that is demonstrated through compassion.

In yet another even more powerful parable, God is seated on His throne while the nations of the world are paraded before Him. It is at this moment that the criteria for distinguishing between the goats and the sheep are made clear. His declaration is quite surprising:

Yahweh does not delineate between the goats and the sheep by how much scripture they know, how many mission trips they’ve been on, how many commandments they kept, etc. He says nothing about how well they kept the Sabbath or the Feast days, how they calculated the new moon, or if they followed the right calendar. His litmus test was how much compassion and love they showed their neighbor. If they didn’t get that right, everything else was just a clanging cymbal.

He goes on to even question them on how they treated prisoners. This last one hits me on a personal level for obvious reasons. You see, it’s all too easy to judge prisoners and think they’re getting what they deserve. But is this the stance of Christ? If the wages of sin is death, don’t we all deserve worse than prison? Do any of us have the right to say that we don’t deserve to be in prison for some of the things we’ve gotten away with in this life when the Bible says that “There is none righteous, no not one” (Romans 3:10)? Did Christ come for the sick or the healthy? Did He spend His time with the rich and famous or the downtrodden, sick, lame, hurting rejects of society? If compassion, by definition, is grace given on a physical level to someone in need who may not deserve it, wouldn’t that take prisoners to the top of the list? If Christ died for all, doesn’t that include those who are incarcerated? Yeshua said that “I was in prison and you came to Me” (Mathew 25:36). Which means He is in prison with the “least of these” (Mathew 25:45).

It’s easy to give compassion to someone who’s hurting. But real compassion, the real love of Christ, is shown to those who contributed to their own hurt. This is exactly what Christ is talking about when He explains how He is going to judge between the goats and the sheep. Those who are sick might have done it to themselves. Those who are hungry might have contributed to their hunger by being lazy. Those who are in prison might be there because they deserve it or they might be there because of a corrupt government. Either way, they are all hurting and need the compassion and love of Christ.

James echoes his rabbi by telling Paul in Galatians 2:10 that the one thing he wants Paul to do is to “remember the poor.” He goes on to say in his own book that our faith is demonstrated by our works and talks about making sure we clothe and feed those who are less fortunate. Over and over again, the definition of “knowing God” is found in one word: compassion. To know God is to do justice. In his rebuke of king Josiah’s son, Jeremiah said, “Shall you reign because you enclose yourself in cedar? Did not your father eat and drink, And do justice and righteousness? Then it was well with him. He judged the cause of the poor and needy; Then it was well” (Jeremiah 22:15-16a). Then he puts this powerful question before him, referring to his father’s practice of doing justice: “Was not this knowing Me? says the LORD?” (Jeremiah 22:16b). How many of you have read that scripture before? The Great I AMjust told the king of Israel that to know Him is to plead the cause of the afflicted and the needy and to do justice and righteousness. Why? Because this is who Yahweh is. His very nature is compassion and mercy. Friends, to know God is to do justice and have compassion for those who are hurting. If we are not in an authoritative position we should take the position of mercy and let the Judge do the judging.

In today’s information-based society, knowledge is power. This concept has crept into the Church and has, in some ways, replaced the love-based connection with both our Creator and our neighbor. Knowing God is not the accumulation of information about Him or even His ways. This is where many who have come into the Hebraic roots of their faith have been tricked by the enemy. People get so excited about learning about the roots of their faith that they forget about living their faith, and so the very roots that they are trying to deepen actually wither and die. It’s about practicing the fundamental elements of compassion, love, and justice. After all, virtually all the fruits of the Spirit fall within that list.
A true student of the God of the Bible will reveal nothing less than a compassionate God. It is this knowledge that will compel us to engage in the practice of true community and fellowship. That can never happen without first exemplifying true compassion. According to the Bible, it is the actual practice of compassion that leads us to the knowledge of God.
In the original language, the word for “compassion” literally means “to have one’s guts wrenched.”It is this kind of compassion that led Christ to die for all mankind, something none of us deserved. And if the Son of God is the perfect reflection of God and our goal is to reflect the image of God, then it stands to reason that Yeshua would be the perfect example of what we are to be like. And as demonstrated above, the life of our Messiah was founded upon one characteristic that stood far and above all His other divine attributes: compassion.
Shalom,
Jim Staley
March 2018