When I first got here, I had been so blown away at the reception in the county jail and the fact that four people accepted Christ in two days that I continued my evangelism when I got to the prison camp, loving people and telling them about the love of the Messiah. To my surprise, no one was really interested. I met a lot of spiritual people, but no one, and I mean no one, was open to anything spiritual in nature. It didn’t take long for the Father to tell me that He didn’t want me to evangelize. He wanted to evangelize me. He wanted to talk to me and disciple ME in some areas that I couldn’t see. What did He need to talk to me about? I shouldn’t have asked that question, LOL. 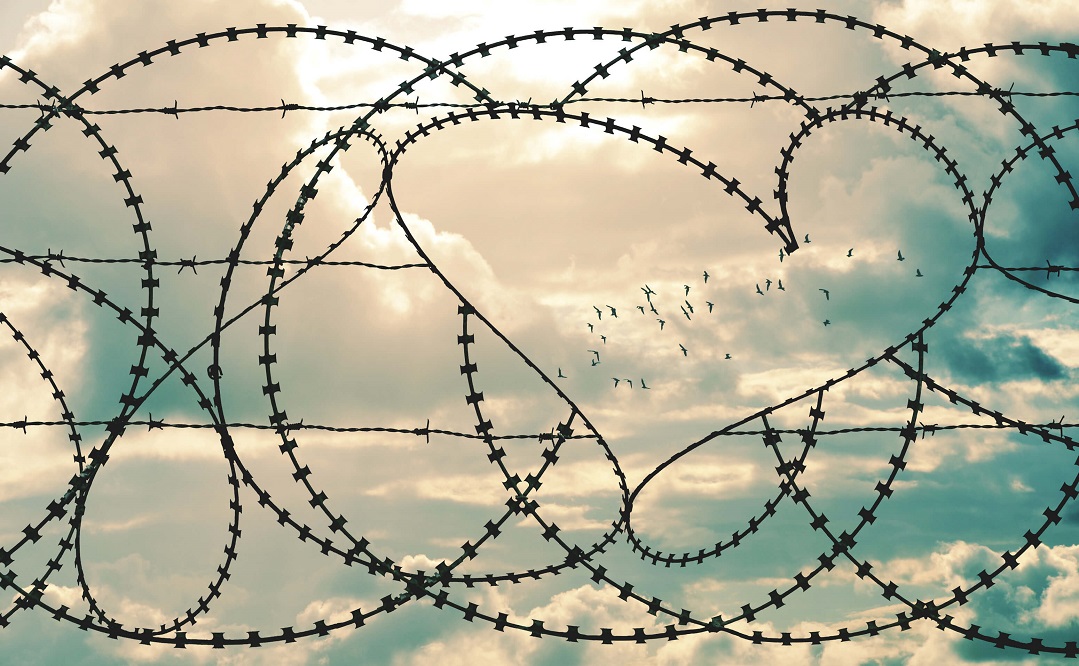 Well, after almost three months of pretty much just keeping to myself and attending bible study and church, chiming in only when I felt led to, something incredible happened. “BL” (the prophet) came along. The day after he arrived, he wanted to continue our talks. We found a table and began to open up the scriptures. I started to talk about God’s commandments and within 30 minutes he looked at me and told me that he was just interested in experiencing God’s love right now. He said he has never felt so clean and this prophetic gift was increasing at such a rate that he just wanted someone to help him understand what it was and tell him that he is not crazy.

Sooooo….I sat back in my chair and put this new concept of getting out of the bulldozer and letting the Father lead in every area into practice. I literally prayed as he was talking, “Father, show me what you want me to share with Him. What do YOU want to do here?” Within two minutes he said, “You know, I was reading the Old Testament and I noticed that there were tribes of Israel that were scattered all over the earth. Do you know anything about that?” I thought I may have gotten a compound fracture in my jaw because it hit the table so hard. I’m surprised it didn’t break in half! What? Did he just say what I think he just said? Did he just ask me to teach him Identity Crisis? Well, that’s exactly what I did.

When I finished, he sat there quietly for a minute and then said, “Man! You just broke off the training wheels off my tricycle!” Five hours later he was all in and in love with the Torah! Now he can’t get enough. I gave him the transcript from the DVD teaching and he consumed it all night.

The next day we talked for another 5 hours and then 2 more hours after the 10 pm count. The next day we started again after lunch as his thirst could not be quenched. Amazingly, the two other Christian leaders saw us and sat down to join us. They were very interested but I was confused. I have not said a word in over two months and neither of them has expressed any interest in what I had to say and now they are interested. Something was up. I could feel it rising. I found out later that BL had gotten them so excited that they just had to find out what was going on. Five hours later, after another round of Identity Crisis, they were all in, shaking their heads in disbelief that they never saw this before.

Their scripture knowledge is outstanding and almost beyond belief. (But, then again, they have had nothing but time to study it.) The light bulbs were going off like a fireworks grand finale on the Fourth of July. That night we stayed up until 3 am; the more I taught the more their sponges soaked it up. They were now fully in love with the Word of God and His Torah.

The next day, I couldn’t make it to Bible Study and what did they do? They taught the entire group that they have been dead wrong and that the Law hasn’t been done away with. They went verse by verse by verse and laid out everything that Abba had shown them and the ENTIRE GROUP IS NOW ALL IN! Can someone say “Hallelujah!”?! Within 72 hours of BL’s arrival, the Ruach was unleashed! We have no idea where this is going but we are all excited to see what the Spirit is up to. BL just asked me today if I would personally disciple him. I told him “yes,” as long as he allows me to learn from him, as well, since he is a very Spirit-led, doesn’t-move-without-the-voice-of-God type of person. He’s pretty much exactly what I need to help slow me down.

What if I would have had my way and God answered my prayer to not let me come to prison? I would have never received the true interpretation of the Bulldozer vision, the two generals, I wouldn’t have seen the life-altering, powerful changes that the Father has shown me, and these guys wouldn’t have seen the Word in a whole new light. Something deep down tells me that this is really big and they are not just a few Christian prison leaders that are now seeing Torah in a different light. Something tells me that there is WAY more to the story to come. (Stay tuned!)

This, my friends, is the fruit of being patient and waiting on the Father to reveal the next step, something I am totally new at and never did enough of. There is a powerful shalom when you are not trying to “push” to serve God. Trusting Him to reveal what He wants you to do, who He wants you to talk to, where He wants you to go today, etc…not only puts HIM in the driver’s seat, it also takes the handcuffs off so He can show you the miraculous and supernatural! After all, if we already have our day planned out and the situation under control, what do we need a miracle for? What do we need Him for? Do you want to see more “God-winks” and supernatural connections and fruit in your life? You want to work less and accomplish more and have WAY more fun in the process? Step back and wait for Him to show you the way. You just might be shocked how quickly you can get from Egypt to the Promised Land if you go in a straight line!

P.S. I was just starting to get into a groove with keeping to myself and writing all day. Now I need your prayers for more energy as these guys have me teaching them for over 5 hours a day!