Have you ever felt like you are in the middle of a boxing ring and you just continue to get pounded by your enemy with jabs and hooks to the point where you would rather just stay down on the canvas than to get back up and go another round? I sure know that feeling. I’ve felt like I’ve been laying on the mat for a year now from a blow that I’ve been given. But if I can at least get back up on one knee, so can you. Sometimes we get hit so hard that we truly are not sure if we will recover. So let me borrow a line from Rocky Balboa that just might encourage you today. 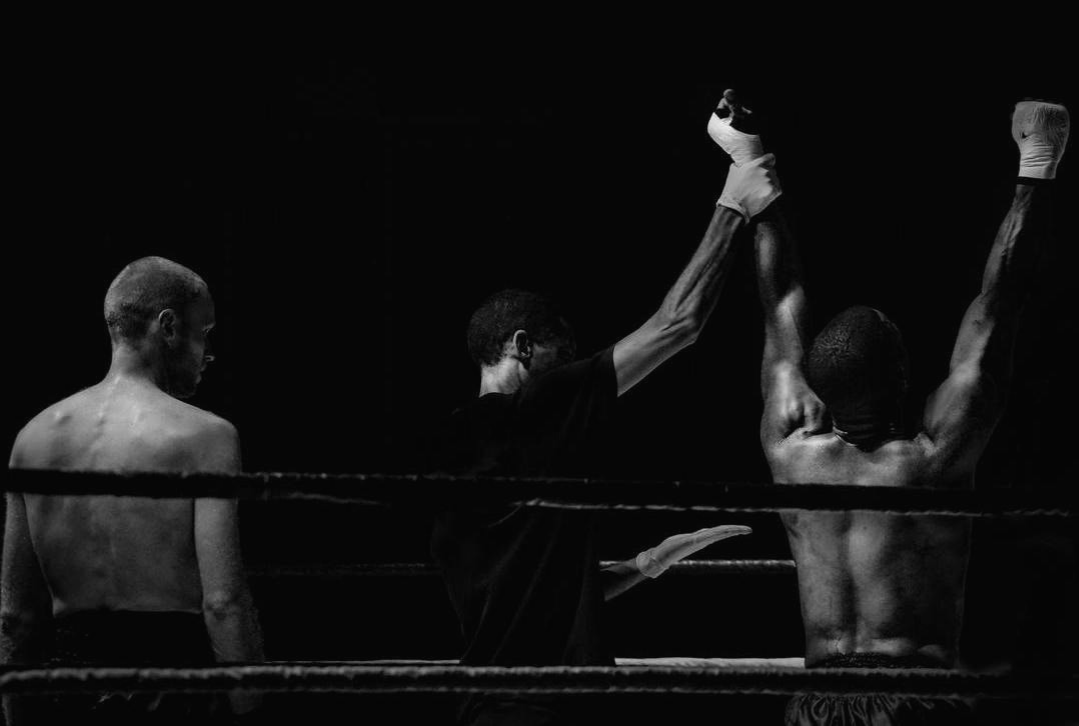 Life is truly like a Rocky movie in many regards. We have all had good rounds, bad rounds, and rounds that we wish we were never in, to begin with. We’ve had tears of pain from losing loved ones and we have had tears of joy from holding new ones. Sometimes we hit the enemy so hard that he cowers in his corner and sometimes we get hit so hard that we forget that we are even in the ring, to begin with, crawling back to our corner and begging our coach to throw in the towel.

You know, after just finishing watching the movie Rocky Balboa, it dawned on me that as the retired heavyweight champion of the world was challenged by a younger current champion for an expedition fight, it wasn’t about winning or losing. It was about simply going the distance. In every other movie, it was about winning. This movie was about “moving forward” after the major blow of his wife passing away a few years earlier. In a culture where everything seems to be about winning and losing, we, unfortunately, can’t help but look at ourselves in that way, either winners or losers. But in the movie, Rocky actually lost the fight by a split decision but still won in the eyes of the people because he had the grit to go the distance with someone half his age that should have killed him.

Friends, life is tough sometimes and it can be brutally unfair from our perspective. It truly seems like there is simply no way to get ahead, no way to win, and no way to even make it through the next round. But from our heavenly Father’s perspective, it’s not about winning the round or focusing on how hard we got hit. He’s concerned about teaching us how to keep moving forward after the hit. Will we stay on the canvas and give up or will we get back up and go another round? “I’m out of strength Jim. I can’t take anymore. I can’t throw any more punches.” Good. Then you are at victory’s door. That is exactly where He has been waiting for you to get to, because “It’s not by might, nor by power, but by my Spirit says the LORD.”

The Father is waiting for us to truly trust in Him and partner with Him each and every round. He’s not promised that we won’t get hit or even that we won’t get knocked down for a season. What He has promised is that He will help us get back up and go another round. If you keep getting up, He will keep giving you the strength to move forward. His word is a lamp unto our feet and a light to our path. Trust in it. Stand on it. And fight with it. And the next time you get hit so hard you can’t breathe, don’t focus on the pain and the hurt. That’s not what it’s about. It’s about moving forward towards Him and the prize that is found in our Lord Yeshua. It’s about what He is trying to teach you through the pain and trial. Don’t ask Him to remove the pain. Ask Him for the strength to endure. Because truly, in the end, it’s really not about winning or losing, it’s about how we played the game. Yep, our moms were right. Winning is playing by His rules and winning is standing on the power of His word and never giving up. So “get up you lazy bum!” as Rocky’s brother-in-law Pauly would say. All of heaven is pulling for you and you can keep moving forward in Him!