You know how I always say, “Whatever happens in the supernatural will manifest itself in the physical?” Well, this past summer I joined the gardening program here and planted twenty-eight tomato plants, some pepper plants, and tasked myself with watching over them the way a mother hen watches over her chicks. I pulled weeds, hoed, and watered faithfully. I noticed the Spirit telling me early on that this garden was a symbolic representation of my life and ministry. 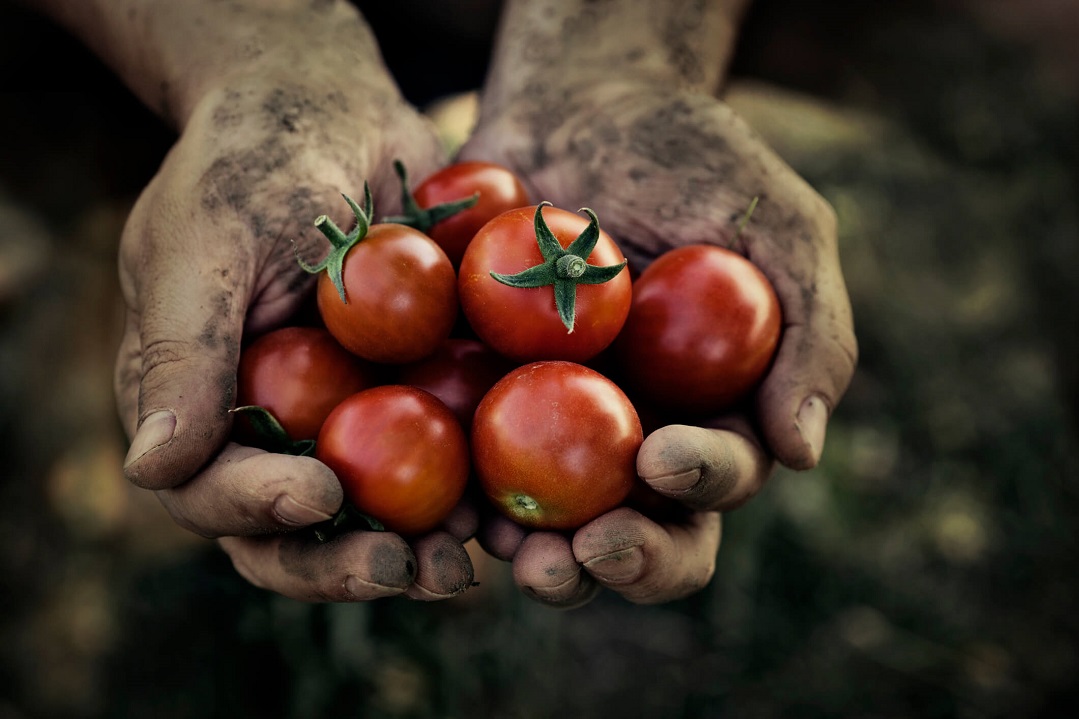 Every time I would pull weeds, more would come back the next day. I began to feel the parallels between tending a garden and my life in ministry. It was a daunting task. Keeping sin (weeds) out of the congregation so that it won’t steal the nutrients and growth from the actual plants that were called to be there is a job that never ends. When a giant, ten-day-long storm came through camp it completely drowned all the plants. Almost all of my pepper plants died, two tomato plants died, and the rest were badly damaged. The leaves were yellow and many of the branches were turning brown. I couldn’t believe all my hard work and diligence in tending this garden, loving the plants, watering them faithfully, and actually blessing them verbally each time I watered them would come to naught thanks to this storm. It was then that I saw the parallels fully.

I gave my life to the people at PFT. I loved them and spoke blessings over them. I did my best to make sure weeds were kept out, even though I was sometimes accused of being domineering for doing so. I had never been a pastor/teacher (farmer) before and in many ways, I really had no idea what I was doing, but I did the best I could to cultivate an environment that I hoped would facilitate growth. And grow we did. It was incredible to watch Yahweh change lives and the love we shared was amazing. Plants were growing at lightning speed…until the storm hit.

After a real, physical storm hit at the prison camp this summer, I asked someone if it was worth it to keep tending the garden. He had been gardening for decades and his garden was like a greenhouse. He laughed and said that all I needed to do was to go through each plant and prune off the dead branches, even the ones that were yellow. He said that this would make the plant stop sending vital nutrients to those stems in an effort to save them and allow it to start sending those nutrients to the surviving healthy stems that had existing flowers or fruit. He said that it would send more of the good stuff to the fruit-producing stems. He told me to break off any stem that was not producing the flowers from which the fruit comes. As he gave me instructions I somehow started hearing Yeshua in his voice.

I began the process of massive pruning that evening. By the time I was finished, it looked like a tornado had been through. Where there were once large, luscious plants, now there were just the main trunks with only the branches that had flowers. At the time of the storm, I only had about fifteen small tomato plants. And now my garden was ugly and storm-torn with weeds popping up all over the place. I was devastated but did what my gardener friend had told me to do. I stood back and, strangely enough, saw my entire life at that moment. What I had poured my life into was now ugly, storm-damaged, and lifeless.

Less than a week later, I showed up to check on my garden. I was amazed. Hundreds of tomatoes were hanging from the vines of my once-devastated garden. It was like the patterns of scripture that hold true for anyone who calls upon the name of the Lord in moments of death. All the flowers had just been waiting for the non-producing branches to be cut off so that they could be activated with enough nutrients from the root to be transformed into viable fruit! The storm was just nature’s way of pointing out the branches that were not fruit-bearing! All the branches that were bearing fruit were still green, yet all the branches that were not were turning brown or yellow! Only the branches that were “filled with the nutrients of the Spirit” that only come from the Root (Yeshua) could actually survive and produce fruit through the kind of storm we had experienced.

It was the STORM that facilitated the transformation of the ones destined to bear fruit! It was the STORM that exposed the “weakness” of each branch. Were they producing the real fruit of the Spirit or were they taking from those that were so that they could have their own branch growing away from the rest of the plant? Only the storm could produce such results. Without the storm, the branches that were cut off that appeared to be perfectly live and green would never have been pruned. But because I’d never been a gardener, I would never have known to prune the plant for the sake of the fruit-bearing branches.

This has brought the Scripture in John 15: 1-2 to life. Yeshua says:

“I am the true vine, and My Father is the vinedresser. Every branch in Me that does not bear fruit He takes away and every branch that bears fruit He prunes, that it may bear more.”

The ministry He gave me charge over is the plant. Yahweh has simply been pruning it so as to produce more fruit. My garden, both in the natural and in the spiritual (PFT), is still considered ugly to the naked eye due to the storms that have torn through it. But Yahweh sees more fruit coming from this pruning than from all the fruit it has ever produced combined.

We need to thank the Father for the storms in our lives and begin to see them for what they are: the Master Gardener working in disguise. All we need to do to hold up our end of the deal is to keep the weeds out of our lives and water it daily with the water of the Word. There will always be controversy. Every major move of God has always been filled with it because it’s the enemy’s way of trying to discredit whatever God is really trying to do. He’s a master at misinformation. Remember: we do not fight against flesh and blood but against those giant green tomato worms that eat up our gardens in the night when we’re not there to tend them.

I have learned two vital things in my garden experience. Number one: never walk away from a garden that looks tattered and torn from a storm. It just might be God’s way of pruning the things we can’t see that could destroy all the fruit. And number two: never make decisions based on what appears to be the truth. Things may look really bad during the storm but I’ve learned to wait and look for the fruit. If the storm produces more fruit then He is endorsing the garden. Much fruit, much endorsement. Little fruit? Little endorsement. Many people here gave up on their gardens after the storm, but I chose to stick it out. I prayed over my plants as I propped them back up and finished what I started. They weren’t pretty anymore, but they produced more fruit at the end than they ever did in the beginning when everything looked nice. Never give up on God in the middle of a storm. It just might be part of His master gardening plan.