I have some exciting news, everyone! There’s a man here from Puerto Rico – Juan, who looks a bit like a long-haired surfer from California – who’s starting to cross over into the light! He asked me if we could talk last week so we did…for THREE HOURS. He told me all about his life as a truck driver, how he got into drugs, how his best friend committed suicide by jumping out of his moving 18-wheeler, how he lost his kids, his wife, and every imaginable depressing story you can conjure about his past. Then he told me how he met God. 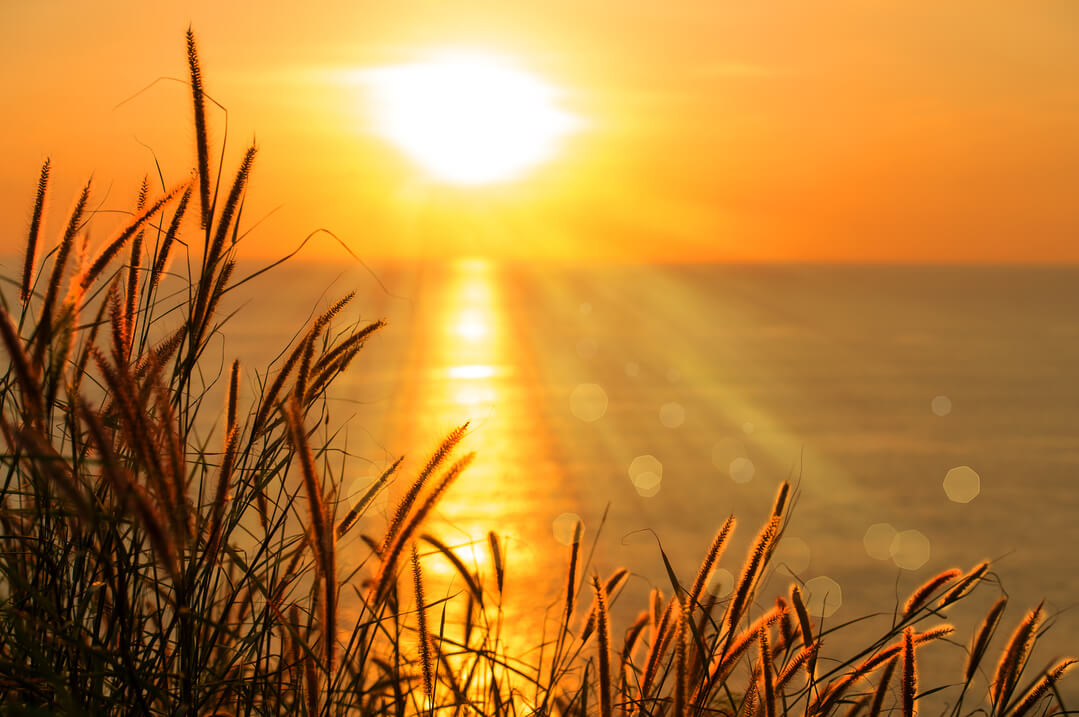 He was in the county jail, got into a fight with one of the guards, and they had to handcuff him and drag him to the hole. He fought the entire way there, pushing up against the cinder block walls with his feet, his long, bushy, shoulder-length hair flying all over the place. They had to pick him up and slam him down on the ground just to calm him down, almost breaking his wrists in the process. When he got to the hole, after the anger subsided and he calmed down, he noticed that there was nothing in the closet-sized room except a steel bed with a one-inch pad, a blanket, a steel toilet, and a Bible.

This man has been dragged in and out of church his whole life but it never seemed to do anything for him. But he decided to read the bible that was in his cell, anyway, just to pass the time. He read it all the way through and then made a vow to God, saying that he was tired of living for himself and was going to do his best to follow Him according to His Book. Then he came here to Marion Camp where we met.

I immediately sensed a genuineness about him and a strong desire to want to know God better. I never said anything to him, although I really wanted to several times…to pull out what I saw deep inside of him. I felt his spirit crying out to be discipled. But the Father has taught me to only speak when He speaks and to let Him work first so I know it’s Him. So I refrained for months until the day he asked to talk to me.

After that talk, Mike invited him to our Wednesday bible study. I had scaled it back from the larger role of a bible study to just a private discipleship study with Mike. Since next week is Shavuot, I wanted to teach the guys about its significance and I wanted Juan to be there. He already had plans when I invited him, but came back three minutes later and told me he changed them so he could come. I smiled and thanked the Father under my breath.

I taught about the word Kadosh and how it relates to the original temple, explained why the temple was built in the first place, how it connects prophetically to our temples and the seven feast day calendar of the Lord, how faith is connected to the proportion of the authority that unclean spirits can have over a person, and ended on Shavuot. Yep, it was a marathon for sure. The only thing missing was a stage and I would have been right at home (minus the whole prison camp part, of course. 😉 )

In the end, Juan’s mouth dropped open. He was simply blown away that he had never heard any of this before. He said, “All I have ever heard my whole life is to be like Jesus and be a good Christian. But there was no meat behind it that explained why, how, or anything like that. This puts meat on the bones and strengthens my faith to know why!” I smiled as, once again, the power of His holy Word was beginning its life-transforming regeneration and becoming the key to releasing the shackles from the once-bound prisoner. He smiled from ear to ear and couldn’t wait to come to the next study.

My friends, pray for Mike, BL, Wayne, and now Juan. Slowly but surely the Light is penetrating this very dark place. The Torah is so powerful. It is the missing piece to the Christian puzzle. And when it’s presented before people as the life-giving instruction manual it is, they just get it.

As I sit in front of this ancient Dell computer typing up this testimony, I can’t help feeling incredibly privileged that I GET the chance to share this awesome message with those society rejects: the hurting of the hurting, the very ones we should be helping the most. I would never have met these guys if I had not been falsely accused and thrown into prison. Juan actually asked Mike the other day, “Do you think that God sent “Preacher” (that’s my prison nickname) here just for us? Maybe God sent him just to teach us?” When I heard this it broke my heart and tears filled my eyes. What they don’t know is that Yahweh sent THEM here for ME! I needed this humbling experience. I can now truly say that I, like Paul, have lived with little and I have lived with much and I have learned to be content with both. I have had the privilege of ministering to people from all over the world from my white, upper-middle-class suburbanite bubble. And now I have the privilege of ministering from the depths of a dungeon.

What a joy it is to serve my King in my current low state. From my vantage point, it certainly makes Him higher and more lifted up. Although being away from my wife and family is like living in a daily hell, I have experienced more grace and power to compensate for it than I ever imagined I could. These people are no different than anyone else. They just made bad decisions and got caught. They, too, are in need of this life-transforming message that has healed so many of us. I know it sounds crazy, but I feel like I might be the most blessed person on earth. How often does a minister get the chance to experience all of what life has to offer: the good, the bad, and the ugliest in all its extremes? This type of experience trains you to see through the eyes of people from every walk of life, creates new ways to share complex topics in simple ways, develops patience like you can’t believe, increases compassion and mercy, and establishes just about every other characteristic that builds us to be more like Christ.

Father, thank you for picking on me. In the process, You have exposed much that needed to change and have increased my understanding of Your true heart’s motive and how much You simply love people. In crushing me, You have increased my spirit man, and have made me FAR more aware of where you’re at in all things in the process. Don’t stop, Father, until my training is complete and You have accomplished Your entire will in this situation and Your name has received the true and maximum glory it deserves. I wish each of Your children could experience this training module and the intimacy that pain brings so they may realize just how abased this world really is and how much You really have to offer. And thank You for these guys You’re allowing me to disciple. Never in a million years would I have thought I would be ministering to drug dealers. Now I realize that they are not “drug dealers.” They’re just people in need of a lot of love. And we can all use a lot more of that.

I think I finally understand what the Father meant when He said in Hebrews 13:3: “Remember the prisoners as if chained with them – those who are mistreated – since you yourselves are in the body, also.”

Thank you all for taking the time to read these posts, and for those of you that have chosen to “adopt” some of these guys by writing them letters and sending them a little money to help them out. You have no idea the impact you’re making. “What you do to the least of these…?” Now that I’m one of the “least,” I understand on a greater level just exactly what He meant.