Do we have the right to “fix” everyone’s doctrine if it doesn’t line up with what we believe? Should we be actively following people online–or approaching our family and friends–with the intention of pointing out all their mistakes and doctrinal errors? Has the Hebrew Roots Movement gone from a body of people being moved by the Spirit to rediscover the Hebraic roots of their faith to a movement of modern-day Gnostics who pride themselves on the fact that they found the root as they beat their neighbor over the head with it? 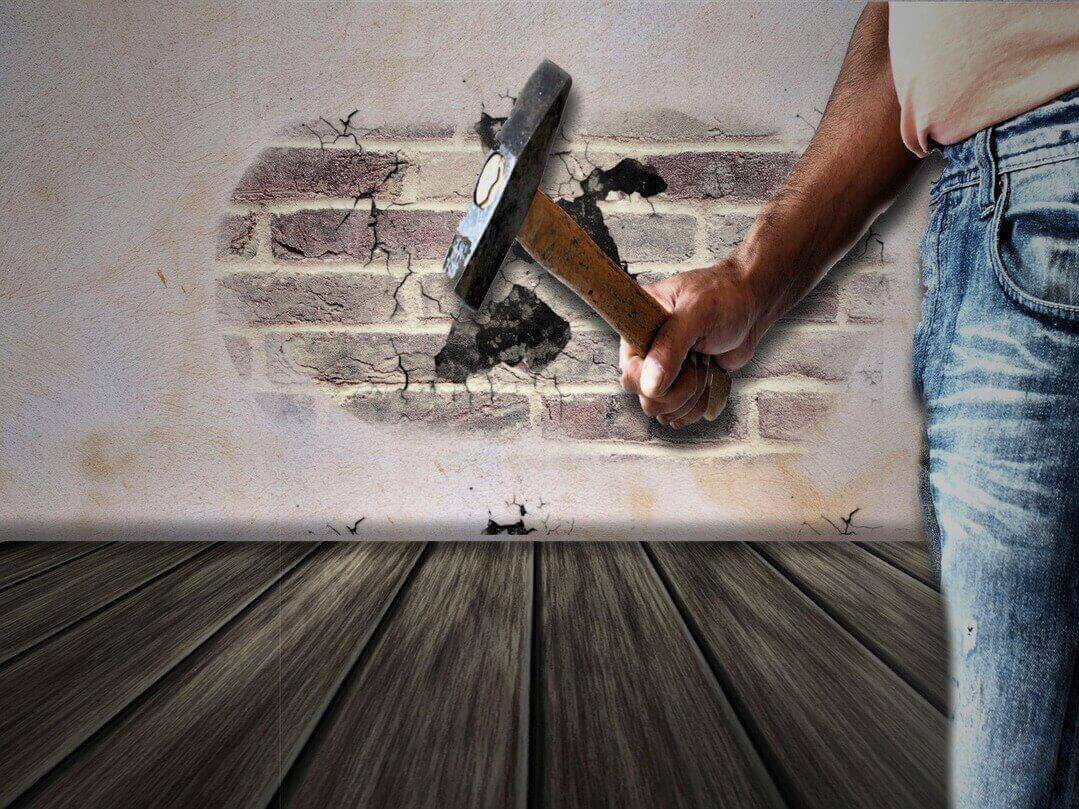 While those who live their lives to support their own egos won’t be moved much by this article, I believe it’s time we talk about exactly what a representative of Christ looks like. Because if our goal is to be made in His image and to be filled with His Spirit so that the world sees the Light in us and gives glory to their heavenly Father, we might want to examine our lives and make sure we are, in fact, lining up with His image and not our own.

The number one goal of every believer in Yeshua is to represent Him on earth EXACTLY the way He represented Himself when He was here. In order to do that, it is important that we understand the three main groups He interacted with. First, He was forced to deal with the religious leaders of that day. Second, He interacted with and taught lay people. And third, He intimately shared the deepest part of who He was with those in His inner circle. It is this understanding that will help us navigate our roles within our own lives and ministries.

Many people who feel the need to zealously throw spears at everyone else’s doctrine, ideas, and beliefs do so claiming that Christ insulted and challenged the Pharisees and so believe that they are just being like Christ. But in their zeal to police everyone’s doctrine, they forget that Yeshua had the right to speak to them like that because He was:

The knowledge of people’s real motives and hearts, coupled with the fact that He had the right to check them as both their peers and Maker, is what allowed Him to operate so sternly on those who declared themselves leaders.

Bottom line? If you:

This brings nothing but shame to both individuals and to the name of Messiah. Instead, we should do as Scripture says: approach them privately with our ideas or concerns in gentleness and with respect.

When we take the lower position and submit our concerns to others, we allow them to stay in the elevated position in their own mind without feeling threatened. Approaching someone in love and humility, as if you might be the one who is wrong, allows them to hear what you are saying and truly take it into consideration. Your goal at the end of every encounter or conversation should be this: Did I leave them feeling like they encountered the love and concern of Yeshua? Or did I make them feel inferior to me and my own beliefs? One is the mindset and character of Yeshua. The other is that of HaSatan. When the woman at the well was “challenged” in her theology and sin, did she walk away angry, feeling like she’d been hit over the head? Or did she walk away feeling like she’d encountered God Himself? It was His kindness that led her to repentance. 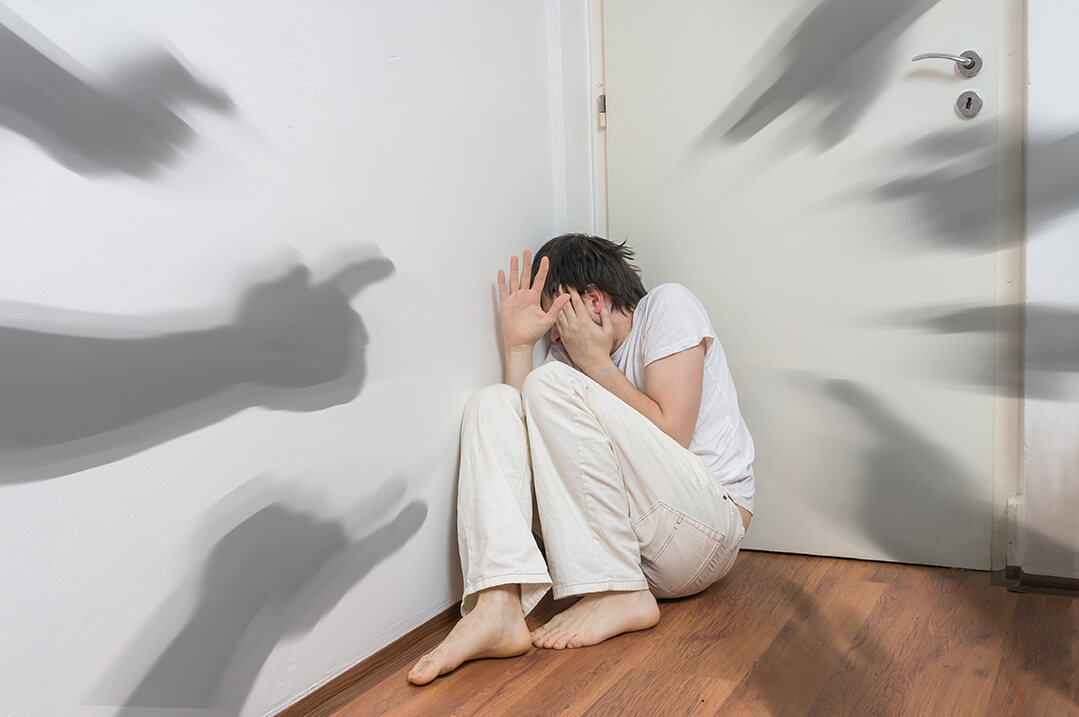 As representatives of Messiah, we are to carry His attributes and image everywhere we go. We are not to take the “Guardians of the Galaxy” approach as if we are the Avengers of what we understand to be correct doctrine. That is ego and has nothing to do with the character or mission that Christ gave His disciples. Those who feel the need to degrade, demean, or expose others’ mistakes without first going to them privately in love are breaking the very Torah they say they keep. They have taken upon themselves a position of authority granted only by themselves. They do so under the guise that someone has to stand up for truth and point out others’ errors without seeing the plank in their eye that blocks that truth from being received. The only real result of such a person declaring to the world how wrong the other person is is that he gets to feel like he is superior.

Does the truth really need to be defended in such a manner? Does a lion need to cry out to everyone that he is, in fact, a lion and that his roar should be listened to? Or is it understood by his character that he is the king of the jungle? In the same way, if we are to properly represent the King of this jungle we call Earth, we need to understand that the only thing He needs from us is to LIVE the truth, not defend it by tearing others down if we don’t agree with them. He said to BE a light, not light them up. How about we just say what we believe and leave it at that? How about we actually allow the Holy Spirit to reveal the truth to someone in His timing and in His way? Doesn’t the Word say that no one comes to the Father except the Spirit to draw him first? Have we not all had bad doctrine at some point in our lives? Have we become like the very Pharisees Yeshua battled as we defend our castles and point out everyone else’s specks?

How’s this for a challenge?: Let each look at our own lives and evaluate the fruit coming from our trees. If the Father is looking for those real worshippers who worship in Spirit and in truth, then maybe we should find out what the Spirit looks like in a person. If we are really representing the Spirit of Yahweh then we will demonstrate its fruits: love, joy, peace, PATIENCE, kindness, goodness, faithfulness, gentleness, and self-control. Against these, there is no law. But those who display online – or in person – a lack of these traits and instead attack, name-call, and try to display how smart and superior they are, the Bible says the Law is against them. And seeing that Yeshua IS the Law, well…you can figure the rest out. The irony is that the very Law of God people think they are defending is the same Law that is against them for failing to represent its Spirit.

Yeshua lived His life on this earth trying to repair people’s dignity, to help them rise up to be the person they were created to be. He did this through compassion, love, and a tremendous amount of patience. He challenged those in leadership head-on because He could read their wicked thoughts and was, in fact, their King, whether they knew it or not. He spent His time loving the lay people as he fed them and patiently tried to explain what the kingdom of God really was and how they could take part in it. He developed His teachings deeper for His closest disciples and friends and, when necessary, corrected them in love. But even when they made egregious mistakes–like Peter denying him three times–His love and compassion and “Come on Peter, get back up. You can do this!” attitude always stayed front and center. Why? Because He knew his heart and the heart of every other person he encountered. We don’t. That’s exactly why we’re told NOT to judge but to lovingly correct, in private when at all possible.

Perhaps it’s because I’m getting older, or maybe it’s because I’m living in an environment where there are people from many diverse backgrounds, but I’ve learned to stop judging and to love people where they’re at. That doesn’t mean I accept their “bad doctrine” or behavior or that I’ve compromised the way some would presume (another thing that’s unbiblical). It just means that I’ve discovered a better way to increase the kingdom of God on earth. I’ve learned through my fiery trial that patience and compassion are not just virtues. They are THE features that separate the religious from those who truly have the heart of Yeshua. No one will be getting extra credit on Judgment Day for how much they know about Scripture or how “right” their doctrine was. No. A man will be judged by how well he kept the two greatest commandments: to love God with his whole heart and to love his neighbor as himself. If one passes the proverbial mustard on those, THEN he will get credit for how much he followed all the commandments that hang off those first two.

So go ahead and take the test from Galatians chapter 5. What Spirit are you displaying to the world around you? How much love do you show? Joy? Peace? Patience, kindness, goodness, faithfulness, gentleness, and self-control? Will others say at your funeral, “Man, that guy (or gal) really knew the Bible.”? Or will they say, “Man, he (she) really LIVED the Bible and showed Christ to the world.”?

We all get to choose who we will be. There was a time I thought myself qualified to be a judge and a leader of His people. Now I realize the only thing I’m qualified for is death, and that if it wasn’t for the blood of Messiah and His wonderful grace I would receive just that. I’m grateful that I’m afforded the opportunity to serve before His throne in ANY capacity. For me and my house? We have chosen to not judge the world, not fix people’s doctrines, and not call people out publicly for their sins. For me and my house, we choose to serve the Lord. And that starts by serving you.