How to be a better parent, teacher, and minister –The Law of Activity

One of the biggest mistakes we make as teachers – and everyone is someone’s teacher – is that we forget what our main goal is. Sometimes we spend so much time speaking and doing our best to impress those we’re trying to teach with what we know that we forget that our goal is not to impress them but to impress upon them the motivation to change. After all, if the learner doesn’t change, has he really learned anything? Has the teacher really taught anything of lasting value? 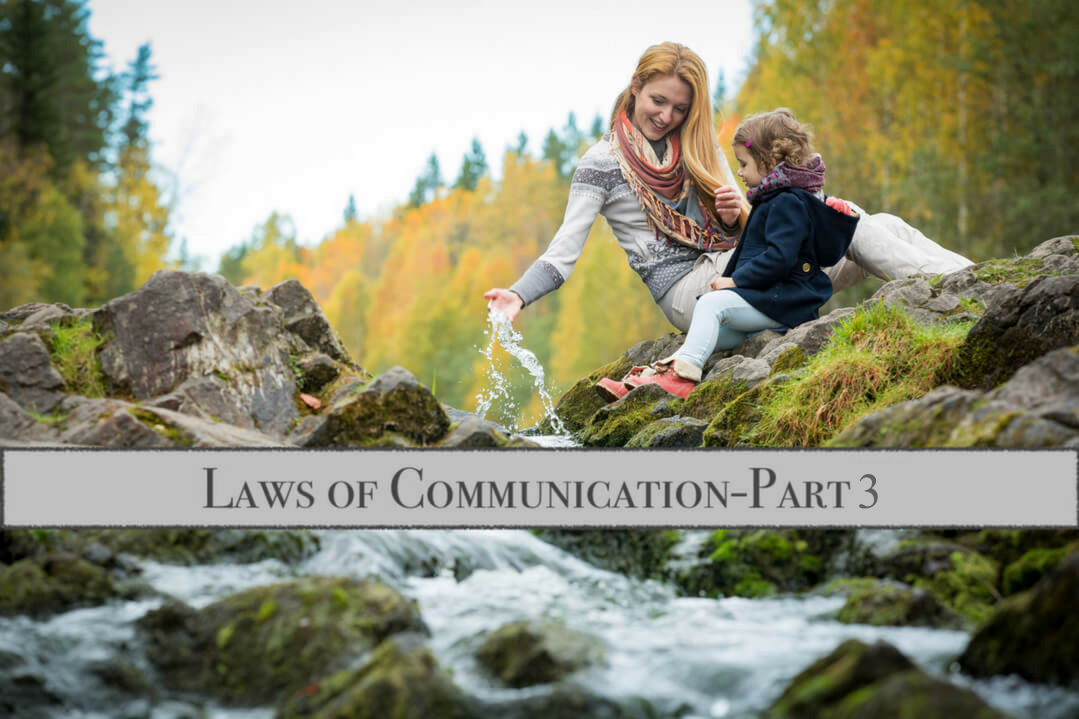 According to theological professor and author Dr. Howard Hendricks, “Maximum learning is always the result of maximum involvement” (1). In other words, learning is not sitting down in front of a teacher and absorbing the information that flows from his lips. It’s not being lectured, preached to, or even reading the best books on the subject at hand, although all of those things are part of the learning process. Without actual involvement in the process, true learning hasn’t happened. Psychologists say that we remember only 10 percent of what we hear. I don’t believe that statistic personally because if we actually remembered 10 percent of everything we heard, we’d be geniuses! However, they also say that we remember 90 percent of what we do. This I agree with. The facts all point to one thing: people remember more when they’re actually involved in the learning process and aren’t just being told what to do, what to believe, or how to act.

Whether you’re a teacher by vocation, a minister, or a parent, the rules are all the same. The measurement of whether we’re actually doing our jobs properly is not if we’ve given good speeches, if they got a good grade, or if they shook their head in agreement and said lots of “Amens.” A teacher’s only standard of achievement is measured in how much the student, child, or parishioner actually changes to do what you’re teaching. THAT is the measure of success. And to do that we must get them involved in the process.

Have you ever heard of a great swimmer who learned how to swim by listening to his parents tell him how to do it? Was the secret to his Olympic swimming success the fact that he watched countless videos and read dozens of books on how to swim? Or was it that they actually got in the pool one day and got wet? In the same way, we need to get learners to get involved in the process of learning. But how? By getting the student to WANT to be part of the learning process. “And how do I do that?” you ask? By teaching to the heart.

Far too many parents, teachers, and ministers teach to the head…the intellect…and then wonder why the behavior of the person they’re trying to teach isn’t changing. It’s because the mind doesn’t change a person. The heart does. The belief system is only part of the system that leads to real change. The heart holds the conviction to implement that change.

I see way too many parents getting angry at their teenage kids for their mistakes and taking every action to punish them for their sins rather than speaking to their hearts. Will the punishment of the body prevent the heart from being evil? No. Parents who haven’t been trained in the skill of communication will likely discipline the child out of anger by taking things away from them, grounding them, or instituting some other punishment without the necessary heart instruction to go with it. This will leave the child angry at the punishment and will do nothing to mold the heart and character. And that’s what every parent is really after a heart change. Obedience can come from the head but true obedience comes from the “law” being written on the heart.

When our children make mistakes, such as telling a lie, Cheryl and I discipline them and then ask them why lying is wrong. In the beginning, they say, “because you and Daddy say it’s wrong.” Or they might even say it is because God says it’s wrong. Ultimately, however, the goal isn’t to receive an intellectual assent to right and wrong. The real reason lying is wrong is because the One who created us is Truth and in Him, there is no lying or deceit. Everything in Him is light and He always speaks the truth under every circumstance. And because we’re created in His image and want to be like Him, we must do our best to replicate His character. Satan, on the other hand, is the father of lies and never tells the truth. These are the two images that are before us. Then we ask them which image they want to emulate. We must make it about them and not about us. It’s about who they want to be like and who they want to look like. When we show them the two images, they can see their mistake and begin to self-adjust as that desire to be more in His image increases.

There are many people sitting in federal prisons who have been there for decades and are still as bent on doing evil as they were when they went in. Those who come out with a changed life are those who had a change of heart somewhere along the way. Students, parishioners, kids, and all learners need to know why what’s being taught to them is so important and they need to see it in action from the person teaching it. Sometimes when a student isn’t learning what the teacher is teaching, the teacher may need to put his arm around that student and have a heart-to-heart. After all, sometimes the old saying is true: no one cares how much you know until they know how much you care. And the only way to get maximum involvement on behalf of the one learning is to make sure their heart is in it as much as possible.

In the next article in this series, we’ll discuss just how important it is to build bridges between you and the learner and to “prepare the way” in order for them to hear your message. Have trouble with a relationship where the other person won’t listen to anything you have to say? This next article might be just what you need to reestablish that connection.