Before I came in here, a gentleman from Russia had a vision about me that he had to pass on to us. He had no idea that I was indicted or anything of that nature. We hadn’t translated it into Russian yet what was going on at the time. In the vision he said that he saw a giant bulldozer going across a parking lot and headed right for me. It was so big and heavy that it was crushing the concrete and pushing up dirt and rock. He said that I was standing tall and strong with no fear of the bulldozer at all. Then, inches before the bulldozer actually hit me, the hand of God came out of nowhere and came in-between me and the dozer, saving me and destroying the bulldozer all at the same time. 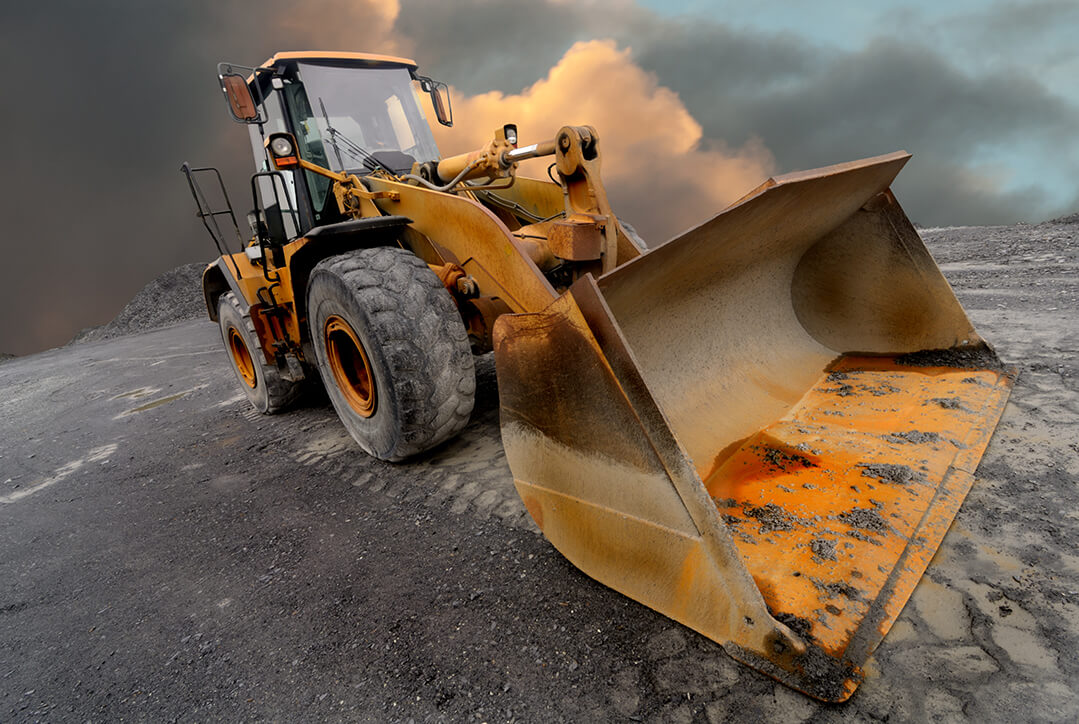 The interpretation seemed at the time very obvious. The bulldozer was the enemy and before he could put me into prison, the Father was going to save me. What more is there to guess at? It’s so obvious it’s almost ridiculous to even think there could be another interpretation, right? Well…..

For some strange reason, not too long before I came in here, the Father on close to 40 different occasions allowed me to interpret people’s visions and dreams. I never really thought much about it or that it was even a big deal until about two and a half months of being here, my daughter sends me a dream and asks me if I saw anything. The Father gave me the interpretation in such detail that it really creeped all of us out. Then, the next day my mom sent me a dream that she had and the same thing happened. These set of events got me thinking about the bulldozer vision and why it didn’t happen the way I originally interpreted it. I have to be honest, it REALLY bothered me.

So, one night after a basketball game, I went out near the tennis courts and sat down on a bench. It was dark with just a single light in front of me. It’s where I like to pray sometimes. I immediately felt the presence of God in a very big way. I began to pray and talk to my Father. Then, I began to just think and meditate. Quickly I went to this bulldozer vision. And again I was bothered by it. I asked the Father what was up with that vision. Why didn’t it come true? Immediately I heard His voice say, “You never asked me what it meant.” It was like I just fell out of a tree and hit my head so hard that it actually knocked some sense into me. I couldn’t believe it. He was right. I never asked. It seemed so obvious I never even thought to ask. Now I was nervous. But, I hung my head and asked Him to reveal to me the interpretation of the vision.

Within five seconds I heard His voice as clear as if I was listening to music on my headphones. It was tender, timid and the inflection was as if He really didn’t want to tell me because He knew it was going to hurt. The love that I felt in His opening line was so strong my emotions were being stirred and He hadn’t even told me yet! Then, He laid it all out there. “My son…(pause)…YOU were the bulldozer.” Instantly my eyes filled with tears as I quietly wept as He gently continued. “I have given my people the land for their inheritance and I desired for them to produce fruit from the Land. Instead, they have paved over my land with a parking lot. I gave you an anointing and a mantle to break up the parking lot just by standing and proclaiming my Word. But, in your mind you could not understand how a single man could break up an entire parking lot, so you created a mechanical device to surround you to aid you in doing my Will. What you did not know was that in the process of accomplishing my Will you were about to destroy yourself. You were both in the dozer and standing strong like I asked at the same time. You were standing strong not because you were not afraid of the bulldozer, but because you couldn’t see it. My hand was there to protect the one that I sent and to destroy the mechanical device that I did not.”

He went on to tell me as I wept, how much He loved me and how much He appreciated me trying to accomplish His will. But in the process I was not truly living by faith, but instead I was using my own logic and talents and was adding to His Word. I wasn’t letting Him lead. I didn’t believe that just standing there proclaiming His Word would accomplish such a task. I tried to help Him and in the process was disobeying Him. He showed me that the deception was that the concrete was actually coming up and a lot of fruit was actually being produced which made me feel like I was doing what He wanted me to do. Then He told me that if I would have just trusted His Word and let Him do it through me, the fruit would have been 100 fold. The tears were flowing full stream now. 100 fold? My blindness cost Him that much? I hung my head again.

I saw it. I got it. He was saving me from myself. The very thing that I somehow created to help God was the very thing that was going to destroy me. In His great love and mercy, He couldn’t let that happen. His hand would both save the man of faith and destroy the mechanical flesh all at the same time. Wow. This was a lot to chew on. How could I have been so blind? How did I not see the bulldozer? Just when I thought I couldn’t be any more broken. Just when I thought there could not possibly be any more tears left in my ducts, He somehow finds more to crush. I somehow felt Him close His eyes and gently wrap His arms around me as I wiped the tears from my eyes and tried to gain my composure before I went back to my dorm. I had a lot to think about and a lot pray about

How often my friends do we, in our zeal to serve Yahweh, end up offending Him? I felt no different than the children of Israel at the Golden Calf. How often do we go full speed ahead and not even ask the Father what we should do, how to do it, when, etc…? What does it mean to live by the Spirit’s lead? What does that look like? A couple weeks later I would discover exactly what it looked like and I would never be the same again.

I encourage you right now to ask the Father to reveal to you any areas that you have created a bulldozer in. Have you traded in your dynamic, Spirit-filled, full of life and love relationship with your Heavenly Father for a mechanical checklist of do’s and don’ts? If your walk with God feels like it’s becoming work or a job, you might have made the same mistake that I have. I encourage you to take some time and just find a quiet place somewhere and listen for His voice. Ask Him these questions. Then, be ready to get out of your bulldozer and just stand and watch Him do what He does best…break up the concrete of our hearts.

Why Can’t My Friends and Family Get it?

What Should I Do?