What is “real”? How do we humans determine what’s real and what isn’t? Do we not define it with our five senses of touch, taste, hear, smell, and sight? As beings of a physical world, we’re entrenched in the idea that if we cannot experience something within the confines of those five senses it must not be “real.” The problem with that line of thinking is that it presupposes that reality is dependent on a finite creature to define it. And because we are finite creatures, we struggle with understanding the reality of something we cannot experience with our outward senses. Herein lies the disconnect we have with the Divine. 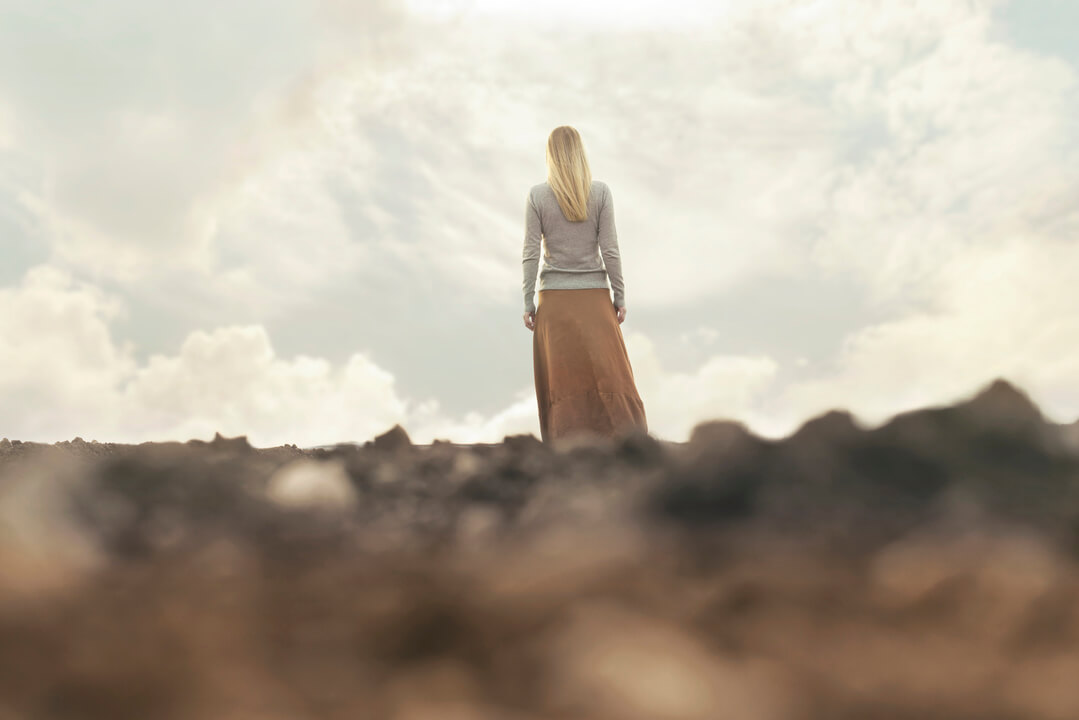 Let me give you an example of how our definition of reality is flawed. The only reason we believe that colors are real within the scope of human experience is that we have the ability to see them with our sense of sight. But what would happen if everyone in the entire world were blind? Would we then still “believe” that color exists? Is it a “reality”? Wouldn’t the idea of color move from the logical world of reality to the esoteric world of belief? Wouldn’t it stretch the imagination too far to picture factions of blind humans mocking other groups because of their “belief” in color, something that had never been experienced within the boundaries of the remaining four senses?

My friends, this is where we are today in our experience with the Creator. Like the blind man who’s missing the sense of sight in order to apprehend color, the common man is blind to the things of God because his physical senses are incapable of the divine experience. Color is no less real just because someone is blind than the Creator is real regardless of any human existence at all. Both exist outside of human experience and do not depend on humans to define them as “real.”

Unfortunately, many believers don’t really believe. They live so much of their lives within their physical senses that they’re simply unable to apprehend the Holy One right in front of them, even inside of them. And I did not say “comprehend,” as with the mind, but “apprehend,” as in experience. There are far too few believers who truly “experience” the God Yahweh. They experience church, Bible reading, and maybe even seminary or Bible college, but they do not have personal experiences WITH Him.

The disconnect between the Divine and the creation of the Divine is due to us not really believing what we say we believe. We “comprehend” that there is a spiritual world but we have yet to “apprehend” it along the way. Intellectually, we ascend to the idea that God is with us, around us, and loves us beyond words, yet we choose not to interact with Him all day, even in the times when we most certainly could. The human experience is so focused on the seen that it has no real connection with the unseen…the real reality. The deep relationship that was promised from the beginning of time with the Holy can only be realized when we focus on the unseen, believing without a single shred of doubt that what he reads about in holy writ is, in fact, right in front of his face, realized through the senses of the spirit. When a man truly believes with all his heart that the “colors” of heaven exist before him and begins to seek them with all his heart…even though he is blind…only then can he be rewarded with apprehending the incomprehensible.

“But without faith, it is impossible to please Him, for he who comes to God must believe that He is, and that He is a rewarder of those who diligently seek Him.” — Hebrews 11:6