A Prophet Has Arrived

A Prophet Has Arrived

One night I was laying in my bed reading the Word around 10:30 pm when a guy with thick glasses and dreads hanging over his shoulders poked his head through my hand-made bed sheet of a privacy curtain and asked me quietly if I am the one they call “Preacher.” I said yes and he asked if he could talk to me. So, I got out of bed and went out into the hallway as he began to tell me his story. 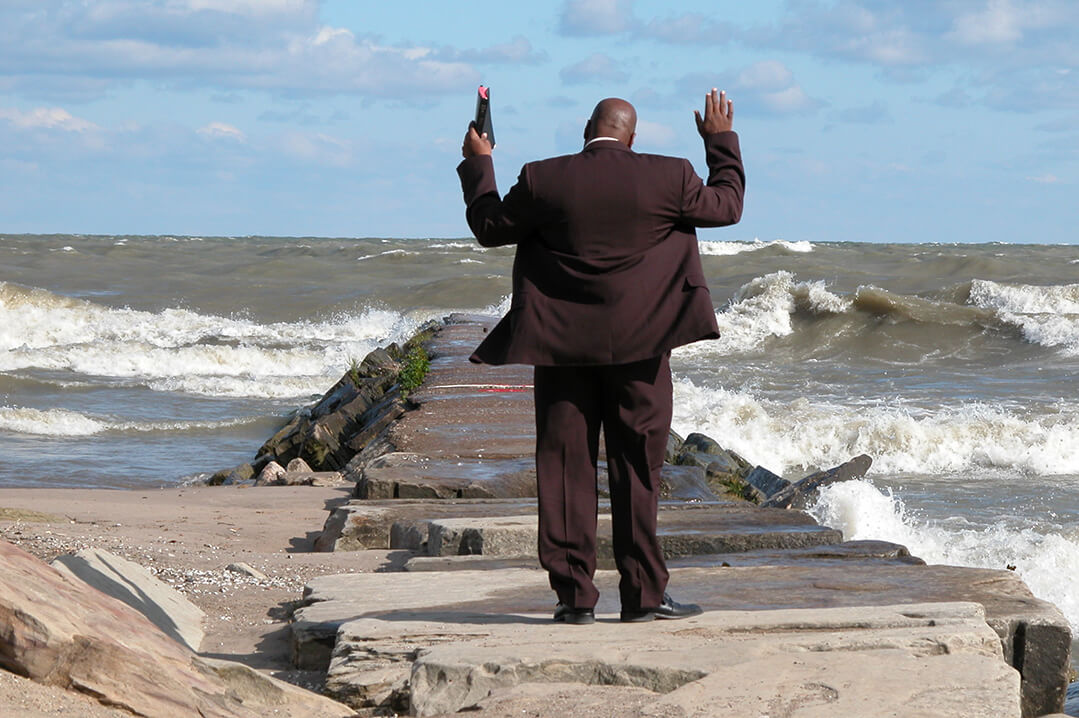 He said that last week in his cell in a different city, he finally got tired of running from God and decided to completely give his life over to Him. He knelt down, confessed every sin he could think of (which was about everything you could imagine outside of murder), and asked God to forgive him. He said that at that minute, something came into his cell and surrounded him, overwhelmed him, and wrapped its arms around him. He said that he began to moan really deeply and loudly like he was in the travail of giving birth or something. Then, all of the sudden, he started speaking in another language right there in the jail! After that, with his eyes open, he saw a vision of an ugly monkey come out from under a porch-like structure and try to jump on him. He spun and grabbed it by its neck and immediately it hung limp in front of him. He said God said that this is what came out of him. He asked if I knew what it meant.

Abba gave me the interpretation and he was stunned. He went on for several hours telling me all the supernatural experiences he has had since he was a child and about this gift he has for seeing “movies” of people and things in his mind. He said he grew up in the church but never lived it…ever.

Not only was he working full time for the enemy, he was also a worship leader at his church! But, more than all of those things, he is by far the most gifted person I have ever met that has the gift of prophecy. His ability to see visions, and dreams and receive specific instruction from God on a particular situation is nothing like I have ever seen.

Within his first 4 days at the camp, he saw “movies” of the sin being committed by two different people as he walked past them. He could see how they were doing it when they were doing it, and where they were doing it. He hadn’t met either of these people before, but he went to both of them and told them what God had shown him. They both freaked out, and immediately repented, and he is now teaching them what he is learning.

When he was in the county jail, the Father woke him up and told him to get out of bed and go downstairs to tell someone that God loved them. He told God, “You have me confused with someone else. Do you know what I’ve done? Do you realize that I am in prison for the third time?” But God literally poked him in the arm and got him up.

He went downstairs and sat down next to the person that he had this message for and pretended to watch TV. Then he sheepishly turned and told the guy that God sent him down there out of bed to tell him “God loves you.” Immediately, the recipient of the message, a big black guy, jumped out of his chair, grabbed him by the collar, and dragged him to his cell. Everyone thought it was going to be a fight and the police immediately headed their way. With tears in his eyes, he pointed to a makeshift rope made out of a stained white sheet that was twisted tightly together and hanging from the ceiling. He explained that he just prayed to God and said, “God, if I don’t hear something from you tonight, I am going to hang myself.” Wow. The God of the Universe DID hear his prayer and sent the only person in the joint that had the gift of hearing Him deliver this most important message of love. He accepted Christ on the spot and is alive and well today because of the obedience of a single sinner that has been running from Yahweh and his destiny his entire life.

How many of us have been given gifts from God but have chosen the ways of the world in areas of our life instead? What if we could really see the impact that we WOULD have had if we would have truly sought Him with all of our heart, mind, soul, and strength? I believe if we could see the person that we COULD have been, it would change us immediately today.

Don’t underestimate the potential that your obedience and the simple message of love can have on the world. The Father is looking for those to deliver His message. YOU carry a critical part of His message for someone. We are ALL valued, loved and are a critical component to the body of Messiah as a whole. One lonely sinner that fully admits that he doesn’t deserve to be used by God was used by God at his lowest state to save a life. You don’t have to be a spiritual giant to be used by Yahweh to do great things. You just have to be willing to get out of bed and follow His voice to your destiny.