You know what I have learned since being in prison? God loves salsa. Yep, He loves it. How do I know? Well, I just do. Let me explain. I was making some salsa for our Rosh Hashanah service and I while I was making it, I had a revelation that I would like to share with you. 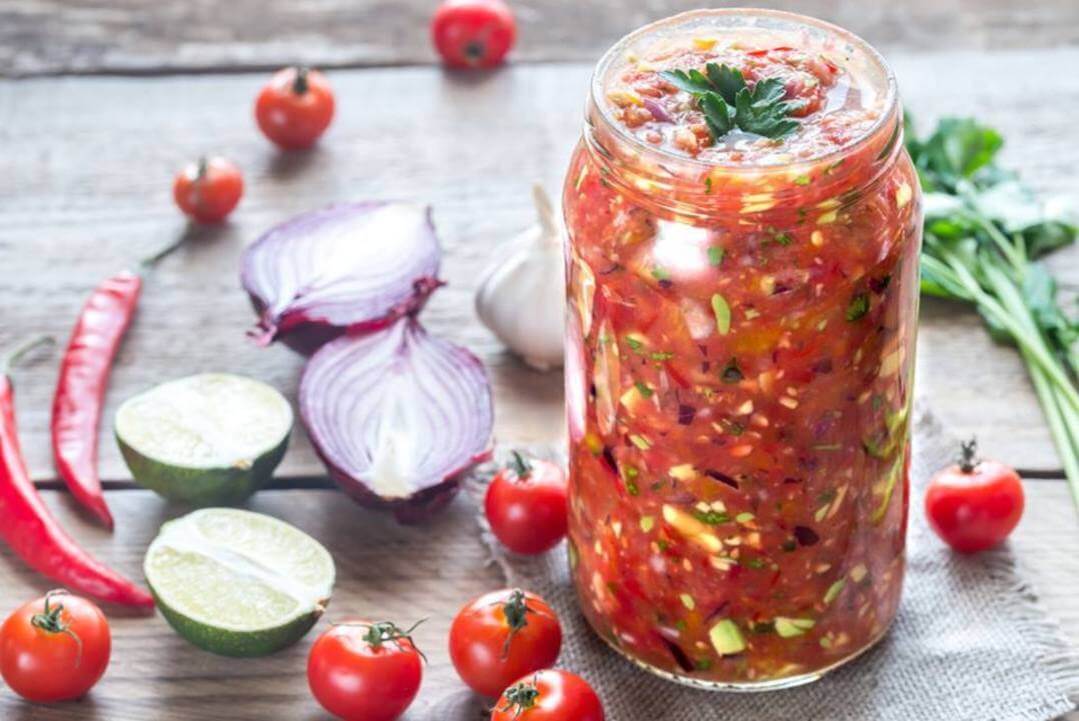 First of all, in order to make salsa, I had to track down one of the guys from the garden that had some fresh produce and pay him a few stamps (which is the currency here) to get some dark chocolate German tomatoes, some big boys, a yellow tomato, and a cucumber. Then I had to track down an onion from someone else. Once I had all the main ingredients I took a towel and draped it over the metal-grey locker that stood about countertop high in my cube. Then I put my cutting board over that, washed my produce, grabbed my plastic bowl and homemade cutter, and began the tedious process of chopping up everything.

Tomato after tomato went into the round, plastic bowl, and the different colors made it all look festive for sure. I had to cut my cucumber in thirds and then cut down the sides of it to remove the skin. Then it got diced and thrown into the growing mix. From there, all I had left was the jalapenos and the onion. The jalapenos fell under my blade and were diced into nicely cut squares that would add a bit of fire and spice. Then it was the best for last: the onion.

So far everything looked pretty good and went very smoothly…until this stubborn onion. First I had to cut off both ends and then skin it. It bucked a bit and gave me some trouble like a wild stallion that didn’t want to be tamed. From there, I began to cut into it in thin slices until I came to the middle; something blocked my blade. I turned it over to examine it and discovered that dead center in the onion was the heart, off-white and hardened. I had never seen one like this. The heart of this onion needed to be removed before I could continue. And in order to fully remove it, I had to cut into it several times and dig it out…not easy or fun, especially for a non-kitchen guy! I wanted so bad to yell for Cheryl to come to help me!…lol, but I was determined to conquer this thing. I thought all would be ok as I continued when all of the sudden I started crying! The onion decided to fight back like a cornered skunk. Closing my eyes made it worse and so with my hands full of tomato juice and onion guts I stepped aside and walked out of my bunk/cube area and headed for fresher air–which is not-so-fresh anyway–out in the hallway. I was wiping my eyes while sniffling and trying not to touch my face with my fingers so as not to make it worse! Guys were passing by me, looking at me unsure of what they should say or do. The fumigation calmed down and I went back to work. It was at this point that I received the revelation that Yahweh loves to make salsa…out of His people!

It was at this very moment when I looked down into my generic, plastic bowl that was now piled high with multi-colored vegetables and topped with onions, jalapenos, and covered in pepper, salt, garlic, and habanera spices that it hit me; all these items on their own do not and cannot bring about the master chef’s desire. They each must be plucked from their garden (the comfortable environment of life), washed (baptized through adversity), crushed, chopped, and sliced with the sword of the Spirit, and then combined together with the right spices (the gifts of the Spirit) in order to truly please the Master.

The onion had to be peeled back in order to get to its heart. It needed to be removed and sometimes this traumatic experience of heart surgery can bring great tears. Have you ever had an experience where you felt like your heavenly Master Chef was peeling you back layer by layer, cutting you down until He could actually reveal and purify your heart condition? It’s not fun, is it? It creates a lot of tears. You thought you were perfectly fit and quite sizable compared to the rest of the produce. But you had no idea that your skin was too thick and useful for nothing. It had to be removed, tossed aside and the blade had to cut and dice until the onion had been transformed like the rest of the other ingredients. It was only when each of the vegetables was crushed–bleeding their respective juices and mixed together–that the perfect masterpiece is created.

You see my friends, although Yom Teruah is all about celebration–a rehearsal for our coming King–the end result (celebration) can only come about after a long and arduous journey of what appears to be the “fruit” to be one trial and tribulation after another. It’s plucked and removed from its home, crushed, picked on, sliced, diced, cut up, and put in a mix of others that it is not familiar with. From its perspective, it can only cry and ooze out whatever is inside. But from the Master’s viewpoint, He smiles because He sees what the fruit cannot see through all its pain: the cracks and wormholes have been cut out, the bruises removed and all of the dirt is no more. It’s been washed with the Master’s hands and it is finally ready to become what it was intended to be–a masterpiece meant only for the King.

For me, this year’s Rosh Hashanah is more special than ever because I fully understand all He is doing and what He has done. He has removed me from my home, washed me clean, and removed my bruises, dirt, and every spot and wrinkle caused by the hard knocks of life. He has crushed me but not unto death. He has allowed me to be persecuted but not abandoned. He has cut me all the way to the heart and I have cried more than the first 10 years of my life combined. But I am also starting to see what He is making. The fog is starting to lift and I concur with Paul: all that has been lost has been but gain.

We all have sinned and fallen short of His glory and all of us are in need of pruning, cutting, and a more purified heart. This is the beautiful mystery of why James says to “count it all joy when you fall into trials of many kinds.” There is simply no other way to remove the damage made by the worms in our lives! He is not punishing us, but simply pruning the ugly stuff away so He can have the best salsa this side of heaven!

So Chag Semeach Yom Teruah (Happy Feast of Trumpets!) from the bottom of the salsa bowl here at Marion Satellite Prison Camp, where I’ll be marinating until it’s my turn to be lifted out of my heaping, beautiful mess of prison salsa.