For almost 1800 years now, one myth has been more promulgated more than any other: the idea of “Good Friday.” The idea that Christ died on a Friday and rose on Sunday goes as far back as the Catholic Church itself. In this article we’re going to uncover how this error came about, discover the real day He died, and reveal exactly when He rose from the grave as the redemptive Savior of all mankind. 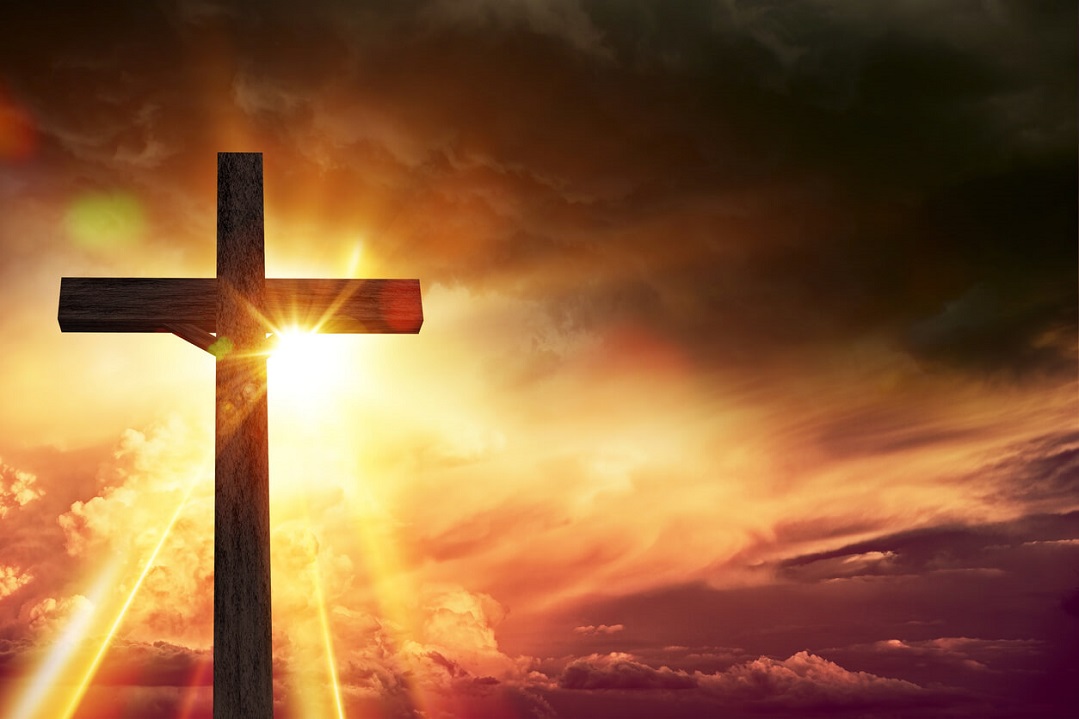 Let’s start off with some simple math:

It can’t get simpler than three days and three nights. All we have to do is count backward from Sunday, right? Any five-year-old should be able to do this. Let’s give it a try with the Messiah dying on the traditional Good Friday.*

* Note: Because biblical counting is inclusive, meaning that any part of a day counts as a full day, we will be using that method here.

Even if we give Sunday morning before the sun came up as day three, there is simply no way to get a third night, no matter how creative we get. So where does this error come from? If it’s just that easy to prove that there’s no way to get three days and nights out of a Friday crucifixion, how on earth did this false accounting make it for almost two millennia? The answer is found in two simple texts:

John 19:31 Therefore, because it was the Preparation Day, that the bodies should not remain on the cross on the Sabbath (for that Sabbath was a high day), the Jews asked Pilate that their legs might be broken, and that they might be taken away.

Mark 15:42 Now when evening had come, because it was the Preparation Day, that is, the day before the Sabbath,

There it is. These two verses are what are used to have Yeshua (His Hebrew name) crucified on Friday. Why? Because the day He died was “the day before the Sabbath.” So for those not familiar with biblical Hebrew culture or the calendar of God, the assumption is that the Sabbath in question is the weekly Sabbath. And that’s exactly what our Catholic friends have done. Because they did not realize that there were other Sabbaths throughout the year that could land on any day of the week, they simply assumed that the Preparation Day in question was, in fact, a Friday. It didn’t matter that the numbers couldn’t line up. They decided to go with what they thought the text actually said and leave the number problem to future generations to figure out. Unfortunately, April 3 just happened to be a Friday in the year 33 A.D., furthering the confidence that Friday must be the correct day.

There’s a reason why the verse in John says “(for that day was a high day).” What the author is telling us is that the day in question is, in fact, a high Sabbath and was not the weekly Saturday Sabbath. In order to prove this, we need to go back to the book of Leviticus where the original laws of the Passover were given.

The Passover and Unleavened Bread

Yahweh does not use our Roman Gregorian calendar. He uses His holy prophetic calendar which is comprised of seven feast days: four in the spring that relate to the first coming of Christ and three in the fall that forecast the second. Three of the four spring feasts happen virtually on top of each other. Passover itself is just a meal commemorating the night of the Exodus where the blood of the lamb was put on the doorposts of each Israelite house. That day was also called the Preparation Day. The next day was the first day of a seven-day feast called Unleavened Bread. According to the One who wrote the Book, the first and the seventh days of this feast are high Sabbaths. The day after Christ died was the first day of Unleavened Bread and would have been a Sabbath. This is why the text says that they had to get His body and the bodies of the two men who died next to Him off the crosses before the sun went down. The Feast of Unleavened Bread was starting and its first day is a high Sabbath. This high Sabbath that year was on a regular week day.

This information gives us a new tool to discover the answer to this age-old math problem. This tool is the moon itself. The same scriptures that we just read in Leviticus tell us that the Passover lamb was to be killed at the close of the fourteenth day of the first month. Because the Hebrew months are lunar-based, the end of the fourteenth will always be on a full moon. Now that we know this, we can utilize modern-day technology, specifically NASA’s website on lunar historical data. Below is a list of the years in question and the full moon days that correspond to the first month on the Hebrew calendar of that year:

We can easily eliminate several dates from this list due to the fact that there was no way for Him to resurrect on Sunday morning and get three days and three nights in the grave at the same time. We can get rid of all Sundays, and Mondays, and we’ve already eliminated the Friday. That leaves the following:

Let’s take a look at the Wednesday option. If Yeshua died on a Wednesday this is what the breakdown would look like:

Already you can see we’re having problems getting the math to line up. There are some who suggest that He died on a Wednesday and rose just as the Sabbath was dawning, which would have been when the sun was going down on Friday evening. Although this sounds good, it couldn’t have happened. Here’s why:

Mark 16:9 Now when He rose early on the first day of the week, He appeared first to Mary Magdalene.

There are even some who believe He rose at the end of the Sabbath at the beginning of the first day of the week because of this verse. And although those individuals are correct that days start at sundown in biblical culture, the Greek here is a dead giveaway of what part of the day it actually was. The word “early” in this verse is the Greek word proi (pro-ee’). According to Strong’s Concordance, this can only mean “the fourth watch of the night, from 3 o’clock in the morning until 6 o’clock approximately.” So we know for a fact that He rose from the dead right before the women showed up at dawn as He was gone and the angel was there waiting for them. It’s my guess that He rose precisely as the sun was cracking the horizon, early that Sunday morning.

Armed with all this information, we can now safely eliminate a Wednesday crucifixion. This leaves April 6, 30 A.D., a Thursday, as our final choice. Let’s take a look and see how it checks out through our tests:

Not only was Thursday, April 6, 30 A.D. a full moon like the scriptures requires, but it also passes the pattern of God revealing His glory in the morning of the third day as well as passing the litmus test for the simple three-days-and-three-nights concept. NASA confirmed. But this is not the last test we can do. There’s one more, and it’s pretty exciting.

CONFIRMED THROUGH HIS BIRTH

Knowing that Yeshua started His ministry when He was thirty years old (Luke 3:23) and had a ministry that lasted three years**, we can backtrack 33 years from the day of His death and it should bring us to the correct date of His birth.

** Some teach that his ministry was only one year. This is incorrect for several reasons that we don’t have time to go through now. But once you have His birth date and day of death, it proves His age, anyway.

Are you ready? Here’s the quick version:

Revelation 12 says that there was a sign in the heavens at the birth of the Messiah. It was this sign that the Magi followed about a year after He was born:

Revelation 12:1-2 Now a great sign appeared in heaven: a woman clothed with the sun, with the moon under her feet and on her head a garland of twelve stars. Then being with child, she cried out in labor and in pain to give birth.

According to Dr. Robert Heiser in his book Reversing Hermon, there’s only one date at this point in history when the sun shows up in the chest of the constellation Virgo with the moon under her feet. He goes on to say: “This combination of astronomical signs produces a unique set of circumstances that can only be accounted for by one date (and point of fact, a ninety-minute window on that date).” He reveals to his readers, “The astronomical context of John’s description of what he saw in the heavens in Revelation 12 puts the birth of Jesus on September 11, 3 B.C.” Yep! 9-1-1! Incredibly, during this same time period, the star Regulus in the constellation Leo, which is connected to the Lion of Judah of the Bible, comes into conjunction with Jupiter, called the “King Planet” in the astrotheological thinking of the first century. According to Heiser, Jupiter’s first conjunction with Regulus began on September 14, 3 B.C., and continued until December 1, 3 B.C. when it went into retrograde motion, reversing its course in the night sky. Then it continued its course until February 17, 2 B.C. when the two were again reunited. This fits the timing of the Magi perfectly as they started their journey for the Messiah a year or so after He was born.

So all of that to say this: with a September 11, 3 B.C. birth date and knowing that Yeshua was 33 when He died, that means His death should’ve been in 30 A.D.. And that’s exactly what we find: Thursday, April 6, 30 A.D. Once again, our Thursday crucifixion day passes with flying colors.

So what did we learn from this study? Well, we learned that even though Protestants were named from the protesting Martin Luther did in his effort to reform the Catholic Church, we certainly didn’t audit too much because we’re still following many traditions and doctrines of men that you would think would have been vetted out by now. Secondly, we learned just how critical it is to understand the Hebraic context of ALL the Scriptures, including the all-important Torah from which all the rest is built. We learned the birth date of the Messiah as well as the date of His death. And last, but certainly not least, we all learned how to count to three.