The Second Night Of Hanukkah: The Light of Noah

The Second Night Of Hanukkah: The Light of Noah

Tonight is the second night of Hanukkah and I’d like to connect the second candle to Noah and his family. In Genesis 6:9 it says that “Noah was a just man, perfect in his generations. Noah walked with God.” The word for “perfect” here does not mean without sin or perfection, but rather mature and complete. This is what we all aspire to be ~ perfect and complete, not lacking anything, as James says. Noah was righteous because he was spiritually mature. For this reason, the Creator chose to allow Noah to take the torch of truth, the light from creation, and pass it on to the next generation. But He did it in a very creative way. 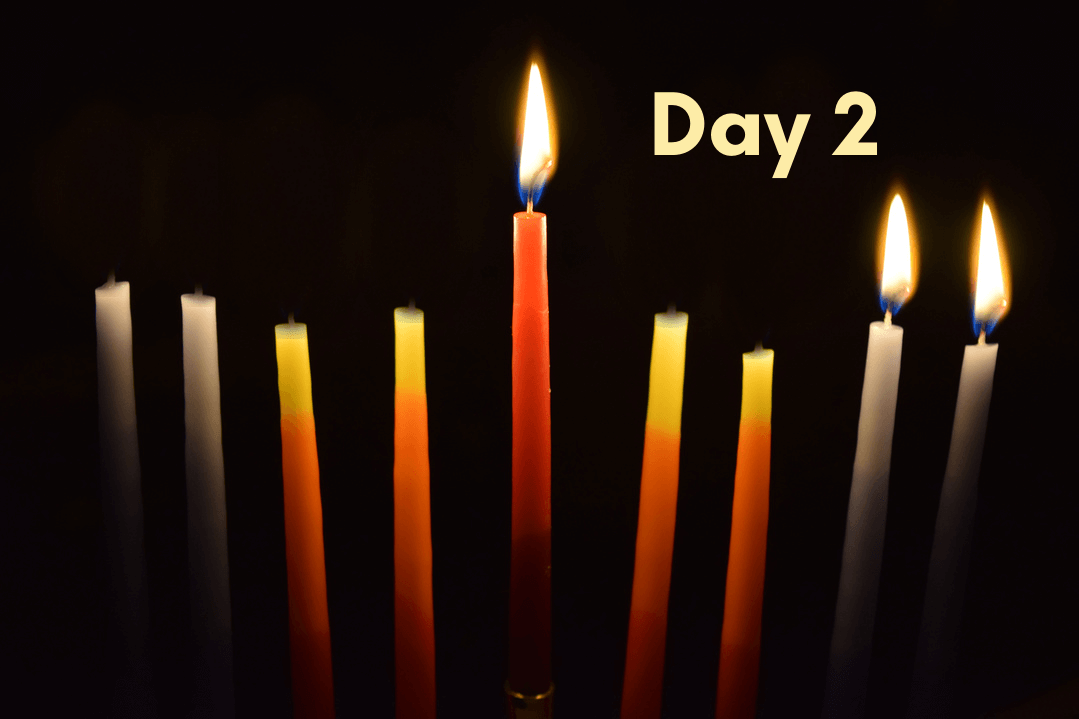 God could have just told Noah to build a large tower on the top of the highest mountain. He could have translocated him through time and skipped the entire saga. But He didn’t. He chose to allow Noah to go through the coming chaos and trial for a reason. He wanted Noah to see the hand of God for himself, up close and personal.

Imagine for a minute that you spend 120 years building a boat and you follow every plan and the giant cruise ship is stocked and loaded and it is starting to rain. And then you notice that there is no way for the door to close. You look at the plans again to see if you missed anything. Nope. You gaze out the open door and the ground is getting muddy and pools of water are starting to form. Sweat starts to bead up over your brow. Then all of a sudden, the door starts to close in as if some unseen force is closing it right before your eyes. It would be years later before his descendants would read the story to their children where it says, “the LORD shut him in.”

To me, that is interesting. YHWH shut him in. For some, they would have considered being shut into a dark place that had very little light, and locked in with a bunch of animals akin to being in a prison. But from God’s point of view, he was being protected for a purpose. The closed door was divinely designed to open a new door for Noah to walk into his true destiny in world history. Being stripped from his home, the closed door to his past, the darkness, and living with animals were necessary to get him where he was called to be.

There were eight people on that ark. There are eight days of this Feast of Dedication. Noah was set apart and dedicated unto the LORD in darkness. It was in the scariest trial of his life that he discovered his destiny and place in human history. It was those eight “candles” in that dark place that became the menorah for the rest of the world to come. Some candles went out and others were brighter than others. But the light came out of darkness and it all started with God shutting them in.

What about your life? Has God shut any doors in your life? Are you trying to force open a door that He has closed? Did you know that the enemy can open doors but he can never shut a door that God opens? This is a comforting thought to know that when a door shuts, God shut it. And if it is shut, we should trust Him that He has done it for our best interest. Imagine if Noah would have tried to open the door a few days into the flood?

Eventually, after one hundred fifty days of water raging all around them, the ark came to a rest on top of a mountain. Think about the chances of that happening. It was just floating around “randomly.” It would scientifically make more sense for it to rest in a valley, as that is where the waters would have been draining too. But it rested on a mountain. The “light of the world” of that time rested on top of a mountain. Wow. It would be 2400 years later that the true Light of the world would find His final resting place also on top of a mountain, giving His life and breaking the windows of heaven wide open for all to see. All trials and seemingly closed doors find their resting place on mountain tops, face to face with God.

So if you are going through a trial, and it’s raining in your life, remember the story of Noah. It was God who called the rain and shut the door. And it was the same God who opened it and brought new life and a mountain top experience that was so worthy to be told that it was written down for generations to come.

What’s behind your door? You. Be a light in the darkness. The people around you are depending on it.