Walking Through the Valley of Death with Only One Candle

Things have been a bit insane around here lately. I have been overwhelmed with my dad being on his deathbed and getting denied the opportunity to go see him. I have also had to deal with several other attacks here recently, attacks that have made my life extremely difficult. But instead of allowing the enemy to distract me from being a light, I chose – with help and grace from the Almighty – to continue to minister to these men during our nightly Hanukkah services. It was definitely worth it. 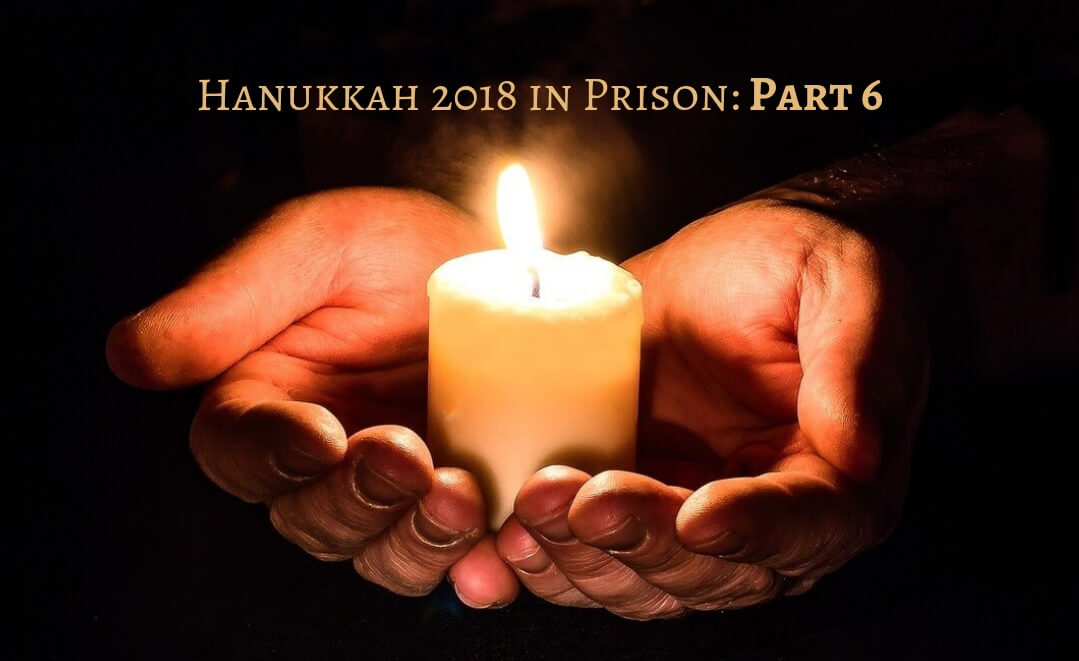 As we met on day six, we talked about the disciples of Yeshua and how they were charged with being a light. I explained exactly what the talmidim (disciples) were and how they lived out that light. We focused on the fact that their main concern was for others. They were constantly looking for ways to share their faith and bless those in need. In other words, they didn’t live for themselves; they lived to elevate others above themselves, thus fulfilling the entire law. On day seven, the candle represented the Gentiles and their commission. We took the time to unpack how the light baton was passed to them and how they handled it: sometimes doing a great job and other times dropping it like a hot rock. We spent some more time on the temple structure and how the original intent of the Creator was to inhabit the physical temple of His people, not a building. We then made the logical assumption that if God desired a clean temple when the temple was standing, then how much more does He demand our physical temples to be clean and holy, as well. Day eight represented the millennium. I took a few minutes to discuss the prophecies concerning the millennial reign of the Messiah and how it’s connected to the week of creation: six days of creation and one day of rest is equal to six thousand years of human history and one millennium of rest. Simple concepts, but important ones to understand. After teaching for a bit, I shut off the lights and we just allowed the beauty of the candles to intoxicate us. The glow was soothing to the soul. Each of us imagined being home with our families and lighting the candles with our children. I wasn’t the only one with tears in his eyes. It was a holy moment, one that was extremely difficult for me considering what I’ve been going through lately. But I have learned one thing through this valley that I passed on to the guys: Although the valley is dark and going through it with a single candle isn’t easy, if that single candle is Yeshua, then every step is ordained and secure. We each ended that part of our service by saying what we were thankful for. It was a beautiful thing to hear everyone’s sincere feelings. I was thankful for the pain and suffering the darkness of this valley has brought, for in the middle of the darkness, that single candle means more than anything this world could ever offer. Shalom, Jim Staley