On night four we did a quick review of the Hanukkah story and then dove into the story of Moses at the burning bush. I asked everyone who was talking. The Angel of God or Yahweh? Then I discussed the Angel of Light who speaks in the first person as Yahweh in several other places and it became clear that the Angel of LORD and Yahweh were, in fact, one and the same. I took them back to a passage we’d read earlier when we discussed Abraham, in Genesis 18, where three “visitors” approached Abraham, one of whom declared himself Yahweh. While two of the (angels disguised as) men went to Sodom to retrieve Lot, the other man, who was called Yahweh, stood before Abraham and conversed with him about Sodom’s future. 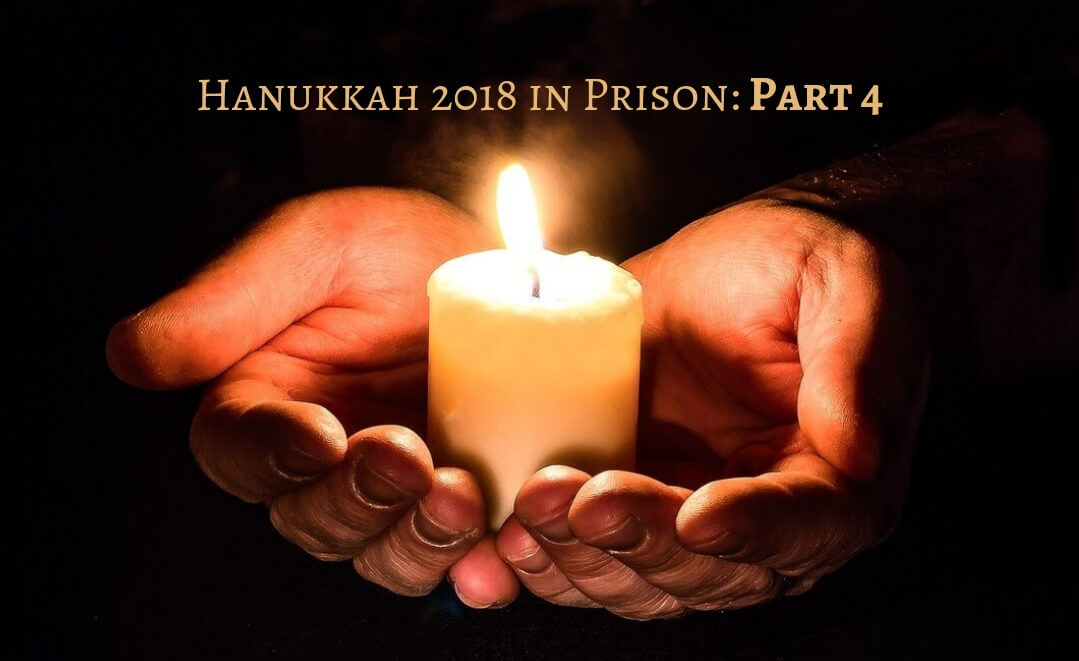 The purpose of this exercise was to establish that starting in Genesis, the Creator of the universe communicates with man by manifesting Himself in different forms, including pillars of fire, burning bushes, clouds, through the appearance of an angel, and also as a mere human being. He loves to get on our level and relate to us where we’re at.

These manifestations make it easy to see how He could, once again, come to earth, not to dine with Abraham but to die for mankind as a mere human being. The Light that shows up to lead Israel and the patriarchs all through the Tenakh shows up to lead Israel again, but this time through death. When this short teaching was finished, we had a half-time party with prison pizza and cookies! Shalom! Jim Staley