In the first two parts of this series, we learned that the real reason Yahweh needed His people to build Him a house was not because He needs one, but because man had defiled the earth in the Garden. In order for Him to dwell among His people the way He desired, He needed to recreate an undefiled Garden atmosphere. This is why the Israelites had to go to such great lengths to follow each instruction regarding the temple perfectly; the Creator’s presence in their midst depended on the atmosphere being a certain way. 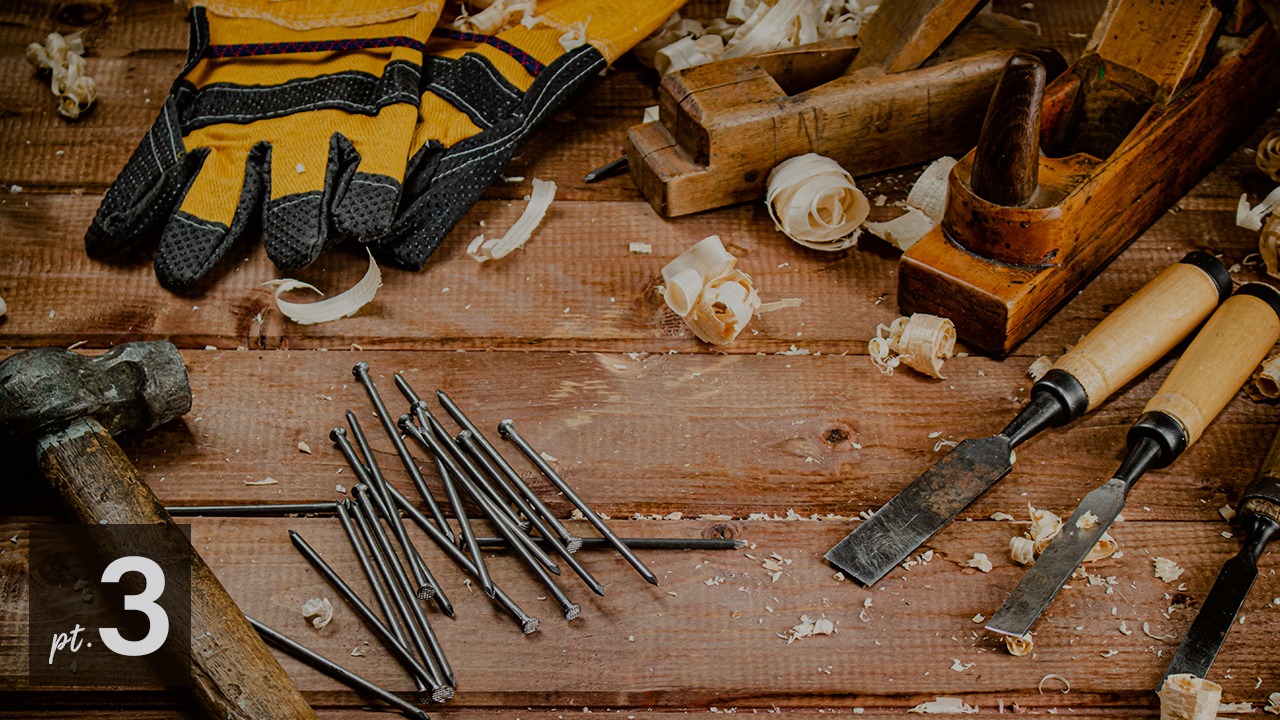 We learned that His original intent was to be among His people. The construction of the tabernacle was to set the precedent that in order for Him to dwell inside it, blood had to be shed and His instructions had to be followed to a tee. HaSatan’s strategy was fairly simple. Since the Creator was confined to one place, all he had to do was get the people to sin, defiling that place and forcing the Creator from His Holy habitation. Yahweh saw this strategy work several times throughout the Old Covenant time period and checkmated the adversary with a new plan. He sent His only begotten Son to shed His blood, allowing people from every tribe and tongue to come into covenant with Him, pledging allegiance by faith and walking in His Covenant instructions. This method would eliminate the temple, force the torah instructions to be written on the heart, and cause each person to be an individual tabernacle with the Spirit of the Almighty dwelling in him. This counter strategy would kill the adversary’s ability to ever destroy the presence of Yahweh on the earth again.

Originally, according to the Torah, the only people who could be priests were the sons of Aaron. But this was only a pattern of something greater in the Heavens where the King of Righteousness (Melchizedek) was ministered to by the sons of God, the high angels. Ever since the sin of Adam, the requirement of being a son of God (pure blood) was tainted and the pattern had to be changed to follow the lineage of a single man (Aaron) who is given specific, strict instructions which allowed him to temporarily minister before Yahweh. However, this plan made the entire system vulnerable since all the enemy had to do was focus on defiling that single line. Yahweh saw this vulnerability and had a brilliant plan already in place.

Through the blood of His Son, Adam’s sin was paid for, the curse was reversed, and the lost “son of God” status could now be regained. Christ’s death brought back the original Melchizedek pattern that Adam had in the Garden because anyone who believed in Him and what He did became a legitimate “son of God.” This new status allows each of them to be a priest instead of just a single tribe. So not only did the enemy now have the tabernacle multiplied all over the world (making it impossible to destroy), Yahweh had just recreated the entire priesthood like it was supposed to have been in the Garden! Furthermore, He did not just recreate a new incorruptible priesthood; He replaced all the original “sons of God” who had fallen from their glorious positions before the throne with new “sons of God” from humanity! What an insult to those fallen ones! Not only were they thrown out of heaven, they were replaced by mere mortals who were given divine status through the very One they’d crucified! They never saw it coming! Checkmate! My friends, this is why the prophecies in the Hebrew scriptures are so disjointed and hidden! He did it purposely so His adversary would not figure out His final plan to defeat him and his fallen comrades once and for all! Amen!

Okay. Now that we’ve reviewed what we learned from the first part of this series and have taken a fun rabbit trail to further discover Yahweh’s original plan to checkmate the enemy once and for all by multiplying both the tabernacle and the priesthood, let’s move on to the final part of this series: the menorah. After all, without the light, the temple would not be able to serve its purpose.

Yahweh has gained back a tremendous amount of ground. He has the temple on every corner of the globe, the priesthood to match, and the incorruptible shed Blood that makes divine connection possible. The stage is set. Now He needs to turn on the lights.

Moses is given instructions for how to build the lampstand in Exodus 25. The menorah is the symbol for the Word of God in scripture, that “light unto my path.” It consists of six branches and a center foundational candle for a total of seven lights. On each of the six branches there was to be three sets of ornamental knobs, bowls, and flowers for a total of nine pieces on each branch. On the center candlestick there was to be four sets of three for a total of twelve pieces. Our bibles are split into two halves: the Old Testament and the New. This represents the two sides of the menorah. And since the Old Testament is the foundation of the entire Word of God, the center candlestick becomes part of the three branches that represent the Old Testament side of the menorah.

Man can believe what it wants about how the bible was canonized, but as far as I’m concerned, the Creator knew well ahead of time which books would be in there and He gave commandment to build the Menorah with sixty-six pieces to show us what was coming.

The only light that lit the tabernacle was the single menorah, but the Creator would further His mission by recreating the sixty-six piece menorah in the form of the sixty-six-book Word of God that would be found in every corner of the earth! Then He would tell His new priesthood that “man is not to live on bread alone but by every word that proceeds out of the mouth of God.” By consuming the Word of God, man would be placing the real menorah in their new temples, thus lighting up and activating new tabernacles all over the world! Now Yahweh was not confined to one single Holy place on earth, but through the blood of His Son, He could manifest Himself simultaneously through His new priestly sons all over the world! The enemy doesn’t stand a chance!

What a brilliant and amazing King we serve! Through His amazing plan, He is slowly taking over the world He created for His glory. The only thing we need to do is to consume as much of the Word as possible, putting its principles into practice so that the fullness of His power will show brighter through our breastplate of righteousness.

“And you shall raise up the tabernacle according to its pattern which you were shown on the mountain.”– Exodus 26:30 (NKJV)

My friends, He is raising up the bones of Joseph and creating the one new man in the exact pattern that was given on the mountain. He has replaced the original angelic sons of God with the new sons of God from all those who are in Christ. The Temples of Yahweh are everywhere, the priesthood is in order, the light is lit, and He is seated on the ark of His Covenant for all who believe. The only thing left to add are the garments of war.

Why Can’t My Friends and Family Get it?

How to Stop the Pain Now! Part 1

The Two Staffs of Elul

The Feast of Tabernacles Part 4

The Feast of Tabernacles Part 3