In this week’s portion, there continues to be more instructions on how to build the items of the tabernacle. Great detail is given about each item and how it is to be used. However, this short article is going to focus on just the first three verses of Exodus 35.

Yahweh tells His people to remember the Sabbath on the seventh day (our Saturday) like He has several times before. Only this time, He adds a bit to the instructions and tells them, “You shall kindle no fire throughout your dwellings on the Sabbath day” (Exo. 35:3). What does it mean to “kindle no fire?” Are the Orthodox Jews correct in not even turning on a light on Shabbat because the light switch might produce a spark, which is fire? Let’s unpack the heart of God on this matter and solve it once and for all. 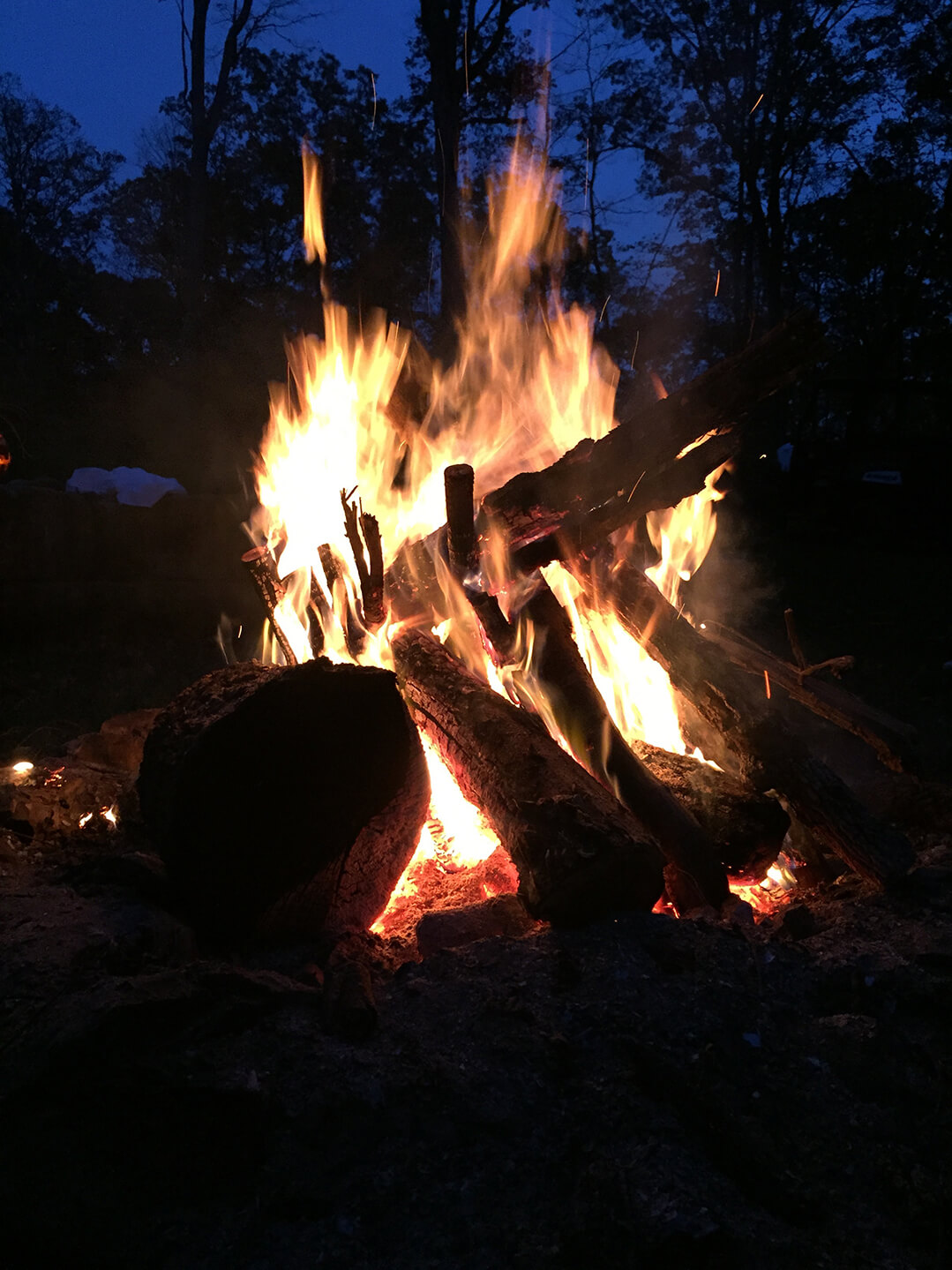 First of all, when we interpret scripture, what’s important to remember is that context is not only one of the primary things to consider, but original intent is just as important, and maybe even more so when it comes to uncovering the ultimate truth of a particular verse. There’s the black fire (the literal text) and there’s the white fire (the spirit behind it). When we have both, we have the full fire of God that destroys our enemies and burns away anything in us that is not of Him. So let’s look for both.

Let’s start off with what we know it does not mean and go from there. In order to do this, I like to use the law of extrapolation. When we extrapolate something out to the extremes it tells us if it’s true in the beginning. In this example, it says to not kindle a fire, but it doesn’t really explain what that means for today. So to discover more truth and meaning, we need to open the Creator’s heart so we can eliminate several options. First of all, life is the most important factor in all of the Torah and any commandment can be broken to preserve it. That may mean working on the Sabbath to get a neighbor’s ox out of a ditch, picking grain so you can eat, or a whole host of even modern-day situations.

In ancient times, there was no electricity with which to produce heat to stay warm at night. During the winter in Israel, the deserts can get quite cold…into freezing temperatures. There would simply be no way to keep warm outside of a fire. Are we to believe that Yahweh intended to make His people freeze to death on the Sabbath each week? That alone would make them dread keeping it, so we can easily mark that off the list.

We also know that Israel was an agricultural society and, at best, a primitive one when they were in the desert. A fire would have been used for just about all forms of work at some point during the day. And due to the fact that they were in the desert, they would have to go to great lengths to gather wood to make a fire to begin with. It’s more likely that the Creator is more concerned about them working and putting forth labor than He is about the actual fire itself. The main Sabbath instructions all revolve around working. He wants His people to rest. And cutting firewood and making a fire is just not something He wants His people to do on that day, especially since they would use those fires to do more work.

If the issue was an actual fire, then Yahweh Himself is a terrible example as He led His people with a pillar of fire by night, which would include on the Sabbath day. Also, the pillar of fire burned brightly over the tabernacle day and night. And there were fires burning constantly in the temple for the daily sacrifice, as well. So either we’re missing information, or the people of that time understood exactly what He meant and we just don’t.

So how do we apply this today to all those who keep the fourth commandment and do their best to remember the Sabbath and “keep it holy”? It’s all about the original intent. He doesn’t want us to work or labor on the Sabbath. Ironically, many Jews in Israel will not use an elevator on the Sabbath; they’ll drag their heavy suitcases up three flights of stairs instead. The elevator uses electricity that they don’t like using, but the stairs cause them to exert a lot of energy. What are we to do? Just look at the original intent and ask yourself, “Does this action expend more energy than I need to on Shabbat? Does it cross the line into work? Does it cause me to not focus on Him or steal my shalom?” I can assure you that turning on a light switch or starting a car was not in the Creator’s mind of starting a fire.

Lastly, one thing we can pull from the “white fire” spiritual meaning of the text is that a spiritual fire can be likened to an argument. Therefore, we are not allowed to “kindle a fire,” or start an argument, on Shabbat. Arguments create sparks that lead to fires and destruction. They cause us to exert far too much energy. They steal our peace and force us to cut down more innocent trees in order to support our cause, which just adds more logs to the fire. We would do well to force ourselves to immediately retreat into prayer, hold our tongue and resist the urge to argue on Shabbat. To the Creator, this is the most important kind of fire to not kindle. The sages say that choosing to engage in an argument on Shabbat is the most severe sin and doing so is the same as saying we hate the Creator. Why? Because we’re saying that the Sabbath was not made for man, not made for rest, not made to be holy, but is made to destroy someone else. We are to pull people out of ditches on the Sabbath, not push them in. This Sabbath instruction forces each of us to hold our tongues and be disciplined as the desecration of both the Sabbath and the name of Yahweh is at stake.

So the next time you feel like “starting a fire (argument)” on Shabbat or someone is trying to let the sparks fly, run for the water of the Word to put that fire out. Disengage, pray immediately, humble yourself before your King, and don’t let the enemy steal your joy!