In this week’s portion, Moses is given the instructions on how to build the house of God. If you look only at the black text and the literal meaning of the scripture, the real power of the Word is lost. The black textual instructions of the tabernacle are just a pattern of something much higher, something that is found in Yahweh’s eternal abode. When we look into the white fire meaning, the spiritual principle behind the text on the page, the Creator’s original intent is revealed the way black contrasts with white. After all, if man would never have sinned, the instructions to build the temple would never have been given in the first place. So it’s not the instructions we’re after, that lower torah that was only given because of sin. We’re after the higher torah, the instructions from above that relay the very heart of the Creator. 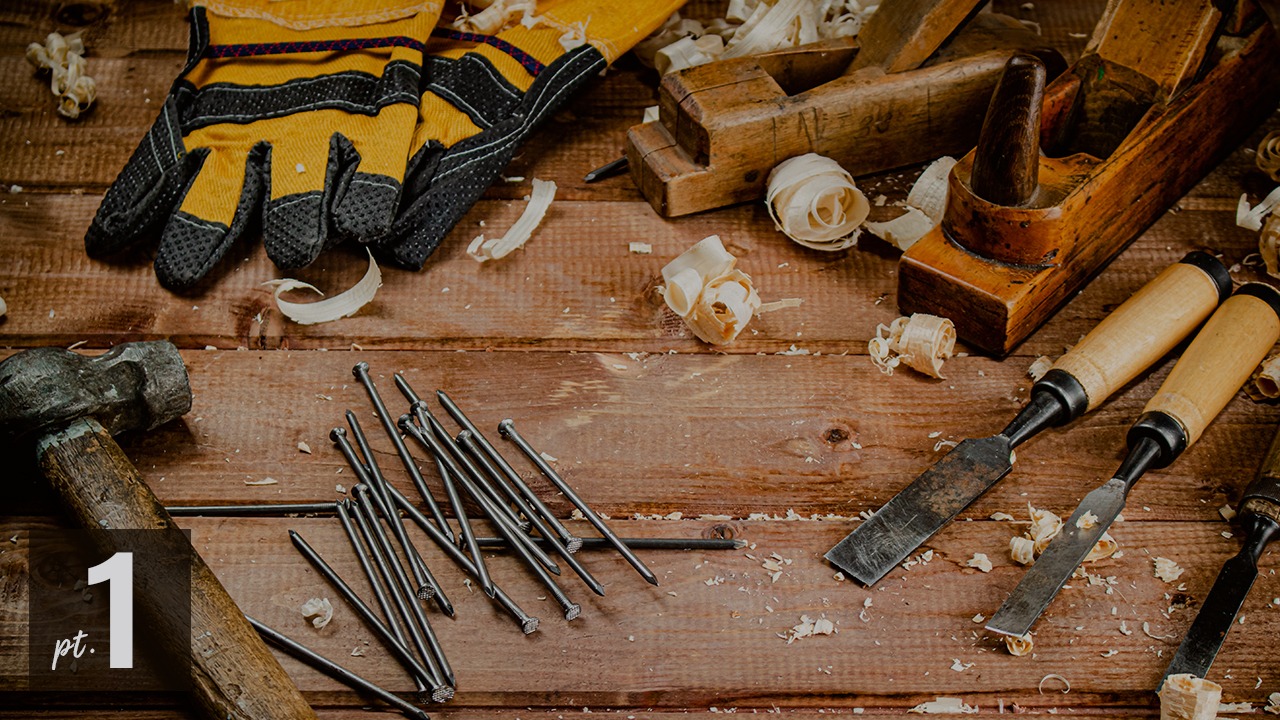 So let’s not focus so deeply on the literal text and get caught up in all the nuances of the temple, its service, and all things black-text related. Although they have much to teach us in and of themselves, without the spiritual principles behind them, we have a sword that’s only sharp on one side. Only when the black fire (the actual text) and the white fire (the spirit and original intent behind it) are fully realized do we hold the true sword of the Spirit in our hands, that powerful flaming sword of the all-consuming fire of God.

With this in mind, let’s start out in chapter 25 of Exodus and discover what the Creator’s original intent is in giving all these instructions.

Exodus 25:8-9 (NKJV) “And let them make Me a sanctuary, that I may dwell among them. According to all that I show you, that is, the pattern of the tabernacle and the pattern of all its furnishings, just so you shall make it.”

These two verses give us a great amount of helpful insight into His heart and mind. First of all, He’s telling us that He WANTS to be among His people. He desires to be close to us, to walk closely with us the way He did in the garden until the first couple’s sin forced Him to leave. Secondly, He tells us that it’s a PATTERN. If I’ve said it once, I’ve said it a million times: look for patterns!

The Garden was kadosh. It was set apart and clean, the perfect place for the Creator to dwell among His creation. Once man decided to break His instructions (Torah in Hebrew), the entire environment was defiled. From that moment on, the Creator could not dwell among His creation. This was the entire purpose of the tabernacle to begin with. He was having man recreate the atmosphere of the Garden, a clean and undefiled place in which he could dwell so as to be among His people. Like a rock hitting the surface of a pond, it would be from this place that the Creator’s purpose would start a ripple effect from His holiness outward to His people Israel. His original intent was to create an environment where the curse of Adam’s original sin could be reversed through obedience and repentance so that His people could be a kingdom of priests. Unfortunately, the people rejected holiness and disqualified themselves as priests so only the tribe of Levi qualified. This set the stage for the permanent solution that would be found in Christ.

The second thing I want to point out here is in verse 9. He wants us to make His house “according to all that [He shows us].” In other words, unlike the cults in the ancient world who built what they desired to build for their gods, the Israelites had no authority to take that kind of architectural liberty. They were to simply carry out His instructions. After all, it was His home. This point should not be overlooked as it is not about us, our ingenuity, our creativity, or how we want to worship Him. It simply doesn’t matter what we think or how we feel. It’s all about Him and what He thinks, feels, and desires. He is the Creator and we are the created. Somehow, man seems to think that He can worship the Creator any old way he chooses. After all, “God knows my heart.” The problem is that He does know our hearts and He says that they are “deceitfully wicked above all things” (Jer. 17:9). From God’s perspective, the heart only matters when it is in obedience. Eve’s heart was pure when she desired to be wise. She desired to be more like her Creator. That was how the serpent deceived her. He took a good and noble desire (to be more like the Creator) and convinced her to obtain it in an unlawful way. Bottom line? “Unless Yahweh builds the house, [we] labor in vain” (Ps. 127:1).

How often do we “build our house” our way, doing things in such a way that we’re actually the ones in control? His presence in our camp is dependent on us living clean, holy lives and approaching every step of the building process with the leading of His Word and His Spirit. All too often we make decisions based on logic and reason when the answer can only be found above reason in the realm of faith. I know I’ve made my share of mistakes in making decisions based on what I thought was right without making sure that the Father was endorsing it. Like many other well-intentioned believers, I had a hard time “being still” and knowing He is God….letting him bring the solution or next step. Being consistent in that still, small voice and allowing His peace and presence to lead us is paramount to building a solid house in His name.

Allowing the LORD to build your house is both an art and a science. While most of us have either been taught to make or are just in the habit of making decisions based on what seems like the right thing to do, this does not follow the biblical protocol of letting Him lead. That’s like a person who has no experience building a physical house deciding how to build it based on what they think is best, something that’s limited to their personal experience. The result would be catastrophic to say the least. In the same way, we cannot attempt to build the house of Yahweh in our lives because we have no experience doing so. We are not the foreman or the engineer. So here are a few things the Father has taught me in how to let Him build the house:

Take the time to follow these four steps and really sit in His presence no matter what it costs you in the natural realm. You will be shocked at the difference it will make in your life. In the next part of this Building His House series, I will discuss the power of the Ark and the Testimony and how it relates to us today. Until then, may we all repent from building our way and let Him build our houses to stand the test of time!