Most of you know certain parts of the United States will experience a major total solar eclipse on August 21st, 2017. It has been almost 40 years since this has happened in the country. Because I am in the #1 spot in the US to view it, I have compiled for my own personal records a list of very interesting statistics that surround this event. Here they are! 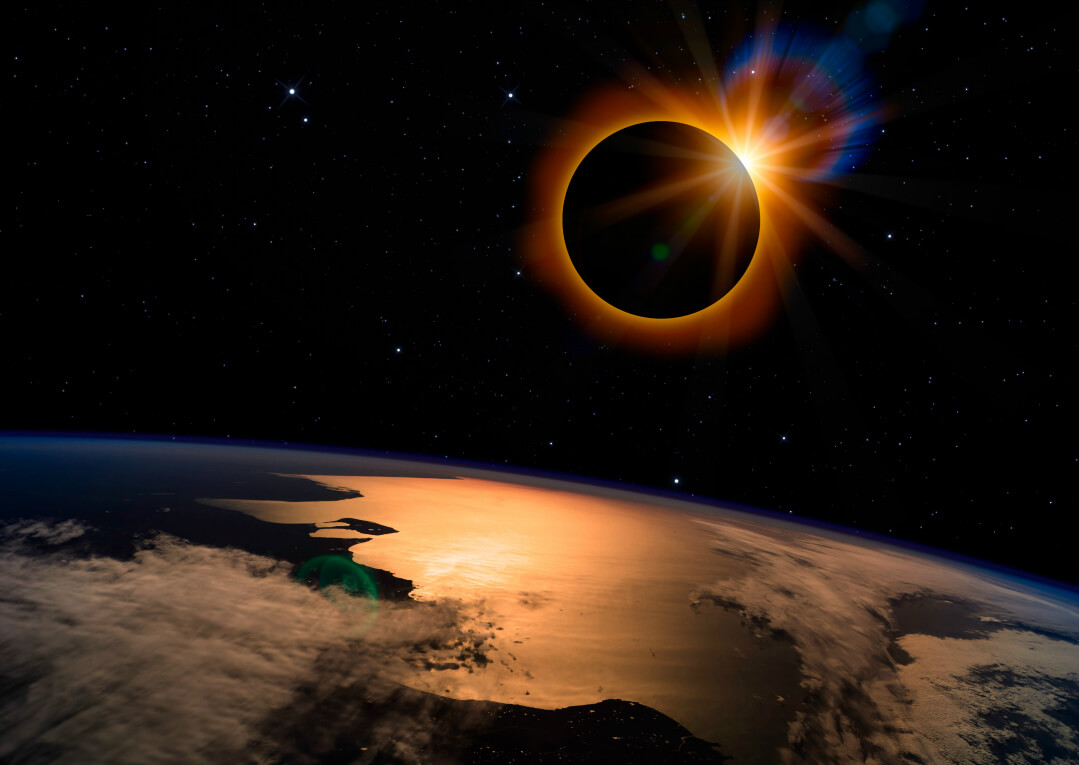 · The last solar eclipse visible from the continental U.S. was February 26, 1979. That eclipse passed over the northwest corner of the country and was not a U.S. only eclipse. The eclipse of 2017 will be a total eclipse sweeping across the entire country, from Oregon to South Carolina and does not go through any other country.
· The last total solar eclipse to follow a similar path occurred June 8, 1918, however, the U.S. was not the only country that it went through.
· Although there have been solar eclipses in the past, this is the first time since 1776, at the founding of this country, that a total solar eclipse has passed over ONLY the United States and no other country!
· This is the ONLY time that a total eclipse that only crosses the U.S. will pass over the entire nation from coast to coast.
· The next time the moon’s shadow only passes over the U.S. does not occur until January 25, 2316!
· The eclipse will touch all 3 major fault lines in the United States.
· The next total solar eclipse to span the U.S. will be in another 7 years except it will cross the country in the opposite direction, forming an X with the path of the 2017 eclipse. This has never happened before and, ironically, the place where the two eclipses meet—where “X marks the spot”—is at the SAME spot as the Apex of this eclipse. INCREDIBLY, this is right down the street from where I am in Marion, Illinois.
· The place where this X marks the spot in southern Illinois is called ‘Little Egypt’ and many of the towns are named after cities in the Nile area.
· Surprisingly, the closest road to that X, the place where the two eclipses 7 years apart will intersect, is Salem Road in Makanda, Illinois. It has been reported that the first major city that will witness the total eclipse is Oregon’s state capital, Salem. Salem is the original name and short version of the city Jerusalem in the Bible (Genesis 14:18).
·And if that is not enough, not only does the total eclipse start by going through Salem, Oregon, it ends by going through Salem, South Carolina. Unbelievably, as it travels its path, it goes through Salem, Nebraska; Salem, Wyoming; Salem, Idaho; Salem, Missouri; then hits the “X marks the spot” at Salem Road in Southern Illinois (called Little Egypt). It then heads south through Salem, Kentucky, and finally Salem, South Carolina. It seems that Jerusalem is the center focus of this eclipse!
· The local news here in Marion has reported the eclipse is to last for 2 minutes and 22 seconds. For me personally, this was amazing as my life number is 222, from 2 Timothy 2:22. I was the 222 person enrolled at this camp and this is my 22nd month being here. The eclipse is supposed to happen in my area sometime between 2:15 and 2:30pm. Umm, half way between those two numbers is exactly 2:22pm. This prison is also off of county road #22. It’s starting to get a bit creepy but let’s get back to some statistics.
· The shadow of the moon will span exactly 70 miles wide at total eclipse.
· This year is the 70th anniversary of the rebirth of Israel.
· It’s the 70th anniversary of the Dead Sea Scrolls.
· It’s the 70th Jubilee since they entered Canaan.
· It’s the 70th Jubilee since the Exodus (1483 B.C.).
· It’s the 50th anniversary or 1 Jubilee from Jerusalem becoming the capital of Israel.
· It’s the 500th anniversary of the Protestant Reformation that started in 1517.
· It’s the 100th anniversary of the Catholic Fatima prophecy.
· It’s the 100th anniversary since the official act to give back the land to the Jewish people (Balfour Declaration).
· The year of this eclipse is year 5777 on the Hebrew calendar.
· The Bible says the end days will be like the days of Noah. Noah’s father Lamech died 5 years before the flood, and lived 777 years. Ironically that is 5777, the same year as the total eclipse.
· President Trump was 70 years old, 7 months and 7 days on his first day in office and won the election by 77 electoral votes.
· 7 days after November 7th (Election Eve) was the largest Super moon in 70 years.
· Trump was born on a lunar eclipse 700 days before Israel’s rebirth and was 777 days old 77 days after Israel became a nation.
· Trump started the 57th presidential term in the Hebrew year of 5777 while his V.P. Mike Pence was 57 years old.
· Syria was attacked on Trump’s 77th day in office. Putin was 777 months old when he met with Trump for the first time and the meeting was about Syria.
· And lastly, this event happens exactly 33 days (the age of Messiah at His death) before September 23rd, where the Bethlehem star shows up exactly like it did 2000 years ago when Christ was born. This is literally the first day after the Jewish new year of Rosh Hashanah, which is traditionally when kings of Israel were inaugurated.

Incredibly, all of this happens on a new moon before the 1st day of the month of Elul on the Hebrew calendar. This day starts a 40 day period of repentance in preparation for the highest holy day of the Bible—Yom Kippur, the annual “Judgment Day” of ancient Israel. According to prophecy, Yom Kippur will once again live up to that name at some point in the future. Biblically we know that there are certain prophetic signs that must take place before the Messiah will return. All of these signs, especially on the heels of the blood moon tetrads that landed on the biblical holy days of Passover and Sukkoth (Tabernacles) in 2014 and 2015, point to the earthly realm warning us that the time is definitely getting close!

And He Shall Direct Your Path