IN DEFENSE OF HANUKKAH

IN DEFENSE OF HANUKKAH

In Defense of Hanukkah

Every year at this time I begin to share with my audience the beauty in the Feast of Dedication (Hanukkah) as Cheryl and I teach our children the power of the light of Scripture for eight days, tracing it through the great men of the Bible and learning many valuable lessons along the way. And every year at this time there are people that strongly oppose the celebrating of this feast, as if it is some sort of pagan ritual. And every year I have to address this. So, I shall do so again and pray that the principles I will be sharing will be of some help to those that might be confused by this issue. 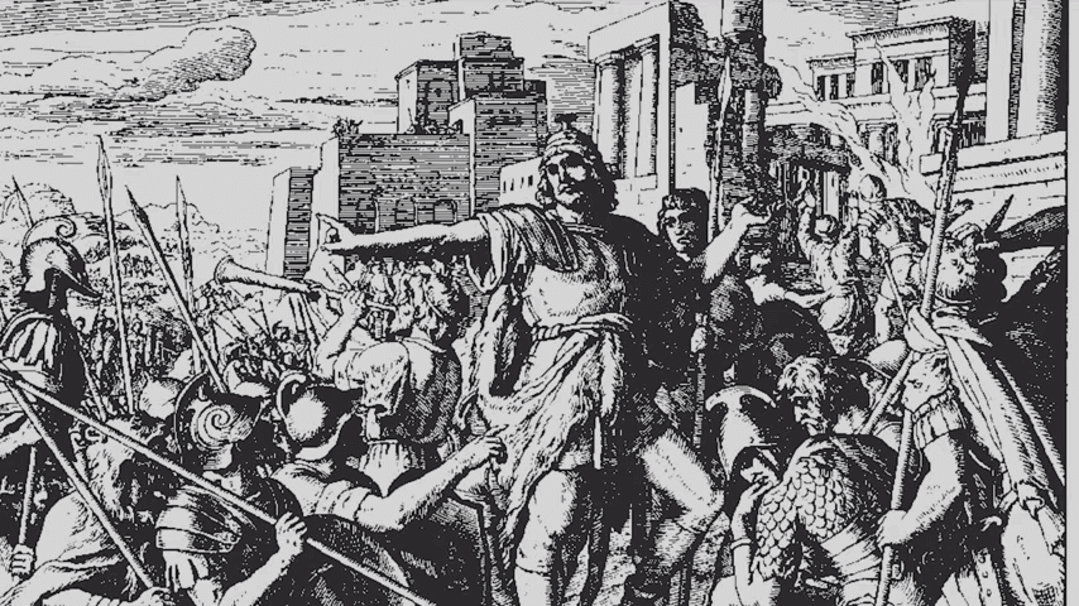 Due to the lack of time that this movement has been truly in existence, it hasn’t had enough time under its belt to truly work through things, test theories, and really understand the instructions of God concerning certain areas of our living. And believers who come into Torah tend to get pretty zealous about what is “kosher” and what is not in their attempt to do “Bible things in Bible ways.” And perhaps those of us that are teachers are to partly blame for this misplaced zeal due to the fact that we have put such a strong emphasis on the negative and prohibited, rather than on things that are positive and approved. There are many well-meaning believers who might watch my video Truth or Tradition and then assume that every tradition under the sun is “adding to or taking away” from the Word of God. So, in this short article, I would like to address this topic and hopefully shed “light” 🙂 on what is permissible and what is not.

First, I would like to address those that struggle with Hanukkah being a “tradition of men.” So, maybe I will take a bit of blame here for new-comers latching onto that phrase so much due to the fact that I have emphasized that phrase myself in an effort to help people see that our Messiah was never against the Torah but against the “doctrines and traditions of men.” But what I apparently failed to emphasize is that He is ONLY against the doctrines and traditions of men that are forbidden or break His already existent word. He is NOT against anything else.

So, yes, Hanukkah is a tradition that was created by men and is not a commanded feast day. But this doesn’t make it prohibited by Scripture by a long shot. If the criteria for prohibition was that it is just a tradition, then we would have a serious problem on our hands because there are tons of traditions that we do that cannot be found in Scripture. For instance, if it is wrong to celebrate Hanukkah because it is a tradition then by extension it would be wrong to practice any tradition that is not found in Scripture. And if you want to add in religious traditions, we all would be prevented from lighting candles on Shabbat, from having challah bread, from saying blessings over the elements, from parading the Torah scroll around the congregation on Shabbat (for those that do that), and from Davidic dancing, just to name a few. We would be prohibited from doing most of the traditions associated with Passover, including dressing up as the disciples, or putting on the famous PFT Seder half-time show of someone dressing up like Moses and throwing various types of candies–representing the plagues–out to the kids, or even the kids going and searching for the hidden Afikomen for a prize.

The dangerous philosophy of defining something as “unbiblical” just because it is a tradition and is not commanded in Scripture would strip virtually every single commanded feast of all the beautiful and wonderful traditions that are found in each of them. Can you imagine a Passover without the search for the Afikomen or a Seder meal without the charoset or horseradish? What would a PFT Sukkot be like without our annual fireworks display and massive bonfire worship to kick it off?…lol. Shall we now forbid anyone from starting the tradition of reading the birth story of the Messiah during the feast of Sukkot?

The standard for kosher traditions is not whether or not it is found in Scripture or whether it was made up by men. God gave us the creative gene and is delighted for us to use it, even in the worship of Him. His rules are fairly simple:

In other words, He did not want His people to take practices of the heathen (i.e. fix up their altars, scratch off the names of the pagan gods and inscribe YHWH’s name on their temples, etc.), and then turn around and worship YHWH in that way (think Golden Calf incident). He then tells us why: “for they burn even their sons and daughters in the fire to their gods.” Those symbols and items remind Him of all the evil that was done on behalf of those gods. But a tradition that does not break Scripture, that is not borrowed from the worship of other gods, is all fair and good and blessed by God, ESPECIALLY if it is a tradition that does not break Scripture, draws His people closer to Him, and glorifies His name, which Hanukkah most certainly does.

The other objection to the Festival of Lights is that the Maccabees went on to not be the greatest examples of leadership. Although I am very familiar with the history of how different groups came about from that time period, including the priestly line, this too does not invalidate this tradition or prevent anyone from biblically celebrating it. If this were so then we should also remove the entire book of Song of Solomon, Ecclesiastes, and many of the chapters from Proverbs from our Bibles due to the fact that the latter part of Solomon’s life was filled with pagan idolatry and the complete breakdown of following the One true God of Israel. If we are not to celebrate a holiday that was originally instituted to glorify God because the people used were fallen humans that didn’t finish the race well, then the Israelites should have dismantled Solomon’s temple and Yeshua shouldn’t have stepped one foot inside a temple complex founded by Herod.

No, the litmus test for a tradition is not how the creators finished the race. Besides, those that celebrate Hanukkah are not worshipping the Maccabees, but the One who used the Maccabees to liberate His holy temple and His people. God supported and endorsed the liberation of His temple and we celebrate and endorse the celebration to remember it. The difference between Hanukkah and Christmas is that God never endorsed Christmas and forbids the mixing of former pagan symbols into His worship, especially when those traditions supplant the holidays that He did command us to keep. We need to be very careful that in our zeal to follow God that we don’t lose sight of His original intent in these things, which was to not mix pagan worship with true worship of Him. 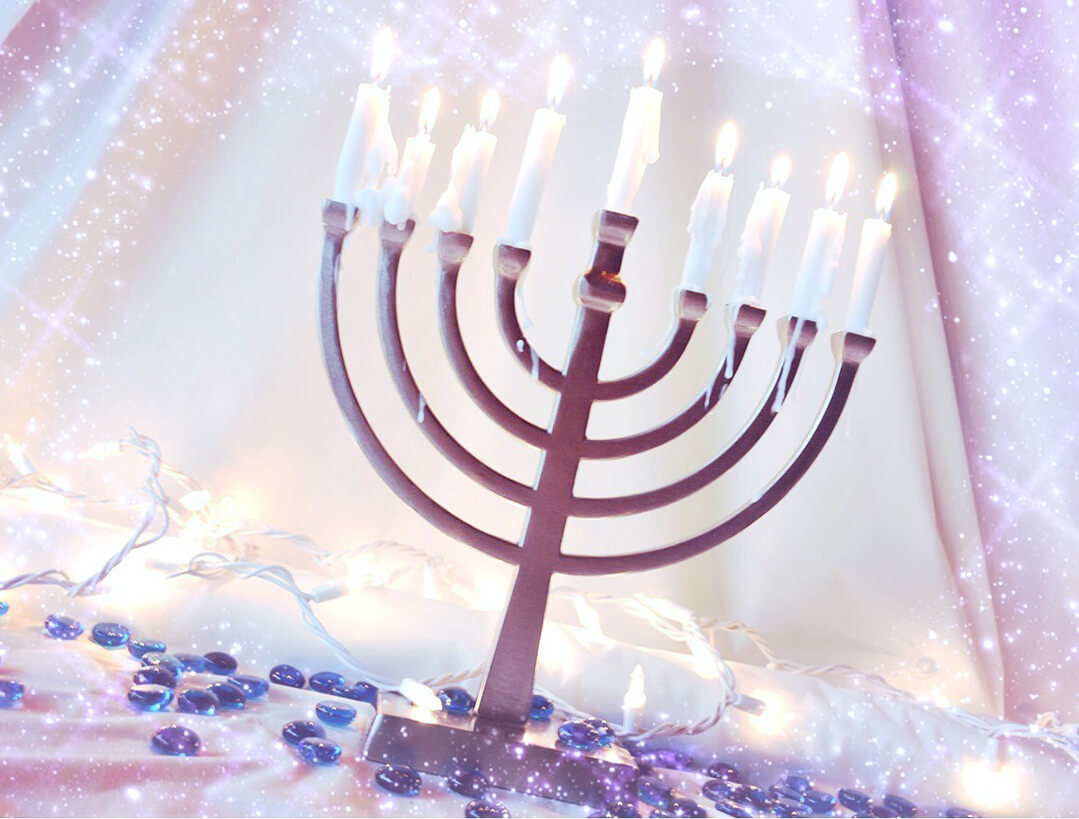 Those of us that celebrate this feast are doing so out of remembrance of a God that will do whatever it takes to free His people from the bondage of our enemies, even if it is a group of people that go on to do things that He doesn’t approve of. It’s not the tool (the Maccabees) that we are celebrating, but the power of a loving God who chose to show up and have our back when we boldly choose to serve Him despite the cost. When Matityahu was bribed with fame and fortune if he sided with the Greek king, he stood up to the entire government and declared, “I don’t care if every Gentile in this empire has obeyed the king and yielded to the command to abandon the religion of his ancestors. My sons, my relatives, and I will continue to keep the covenant that God made with our ancestors! With God’s help we will never abandon His Law or disobey His commands!… Everyone who is faithful to God’s covenant and obeys His Law, follow me!” (1 Maccabees 2:19,27). This type of statement and act of bravery is to be commended and not discouraged, regardless of how imperfect the man who made it actually was.

Regardless of king David’s faults and actions, God used him mightily. Despite Samson’s radical imperfections, God used him in epic ways. Despite Moses, Jacob, the apostle Peter and the rest of us, God uses imperfect people to accomplish His will at any given moment. And He will even use pagan kings if He has to. In the story of Hanukkah, we celebrate what YHWH did through the courage of one man and his family and how the Father uses imperfect people to do extraordinary things. Friends, there is a reason why there were no arguments like this about Hanukkah in the first century and why Yeshua is recorded as attending this glorious feast in John 10. Because without the bravery of one man in that moment of crisis, there would have been no temple worship in the first century at all. And that means there would have been no way for Yeshua to be the Passover Lamb. In a real way, the entire Gospel message is hinged upon the Hanukkah story. Their freedom to worship during the time of Christ was a direct result of the leadership of the Maccabees and their courage.

Yes, the rabbis made up the story of the oil lasting eight days as a cover-story because they had an oral law against celebrating military victories. And no, we have no idea why they chose eight days to celebrate it, although it has been speculated that it was a kind of way to celebrate the eight days of Sukkot that they had missed. But none of that is the point. The point to celebrate is that once again, the Father brought forth a “savior” (pointing toward THE Savior) that would liberate the temple of God from a sworn enemy. In the same way, Yeshua came and liberated our temples from the bondage that we were in from our enemy.

I am grateful for this tradition and what it means to me and my family and countless others like us around the world. I was once lost, unclean, and had a foreign idol on the altar of my temple, and God liberated me and filled my temple with the Light of the world, Yeshua my Messiah.

There are eight candles of Hanukkah and one Servant candle that represents Yeshua. So while the seven-branched candlestick represents the seven days of creation, in my mind, the eight candles of Hanukkah represent and look forward to that eighth day, the day the new heavens and the new earth arrive, and the Servant of all mankind is lifted up for all eternity to His rightful place at the right hand of God.
Shalom and Happy Hanukkah!